In Dynatrace Managed, your monitoring data remains in your own data center. 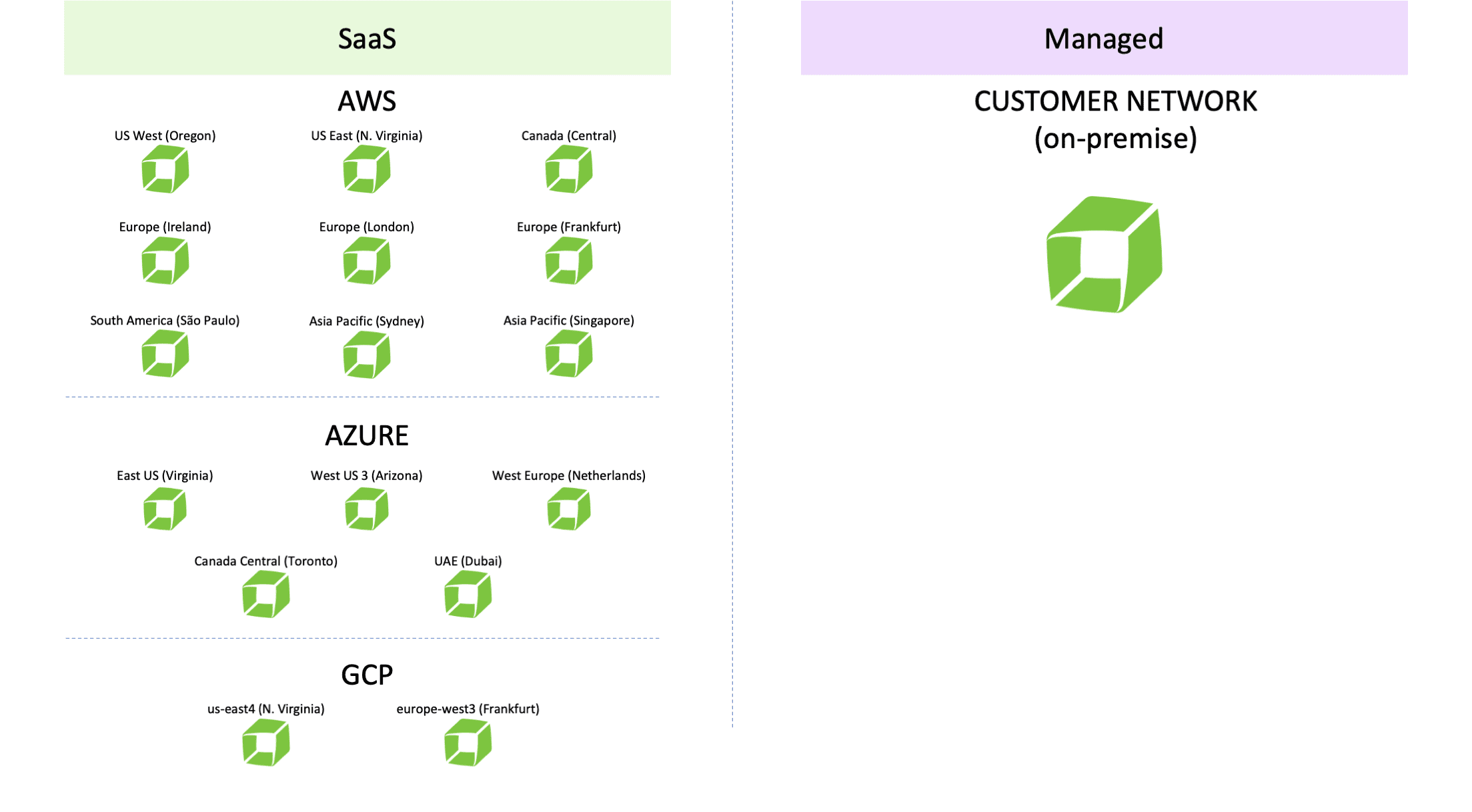 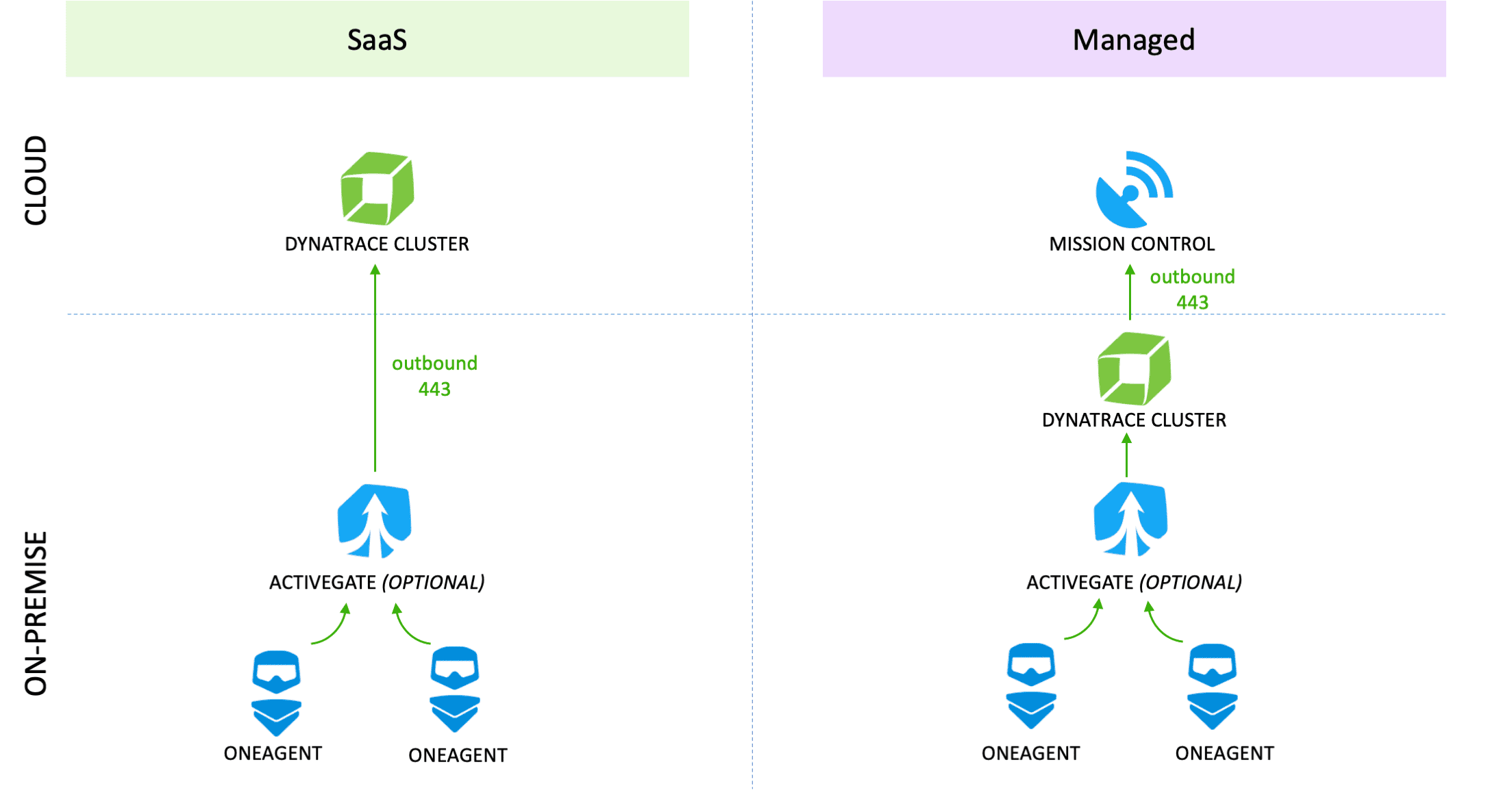 Dynatrace SaaS allocates one dedicated environment per customer account. Data is segregated logically and each environment gets its own individual domain.

All data exchanged between OneAgent, ActiveGate, and Dynatrace Cluster is encrypted in transit. Data is serialized and deserialized using Google Protocol Buffers.

Dynatrace SaaS uses TLS 1.2 (SSL Labs Grade A+). In Dynatrace Managed, you can configure TLS versions as well as cipher suites, and you can use your own SSL certificates. 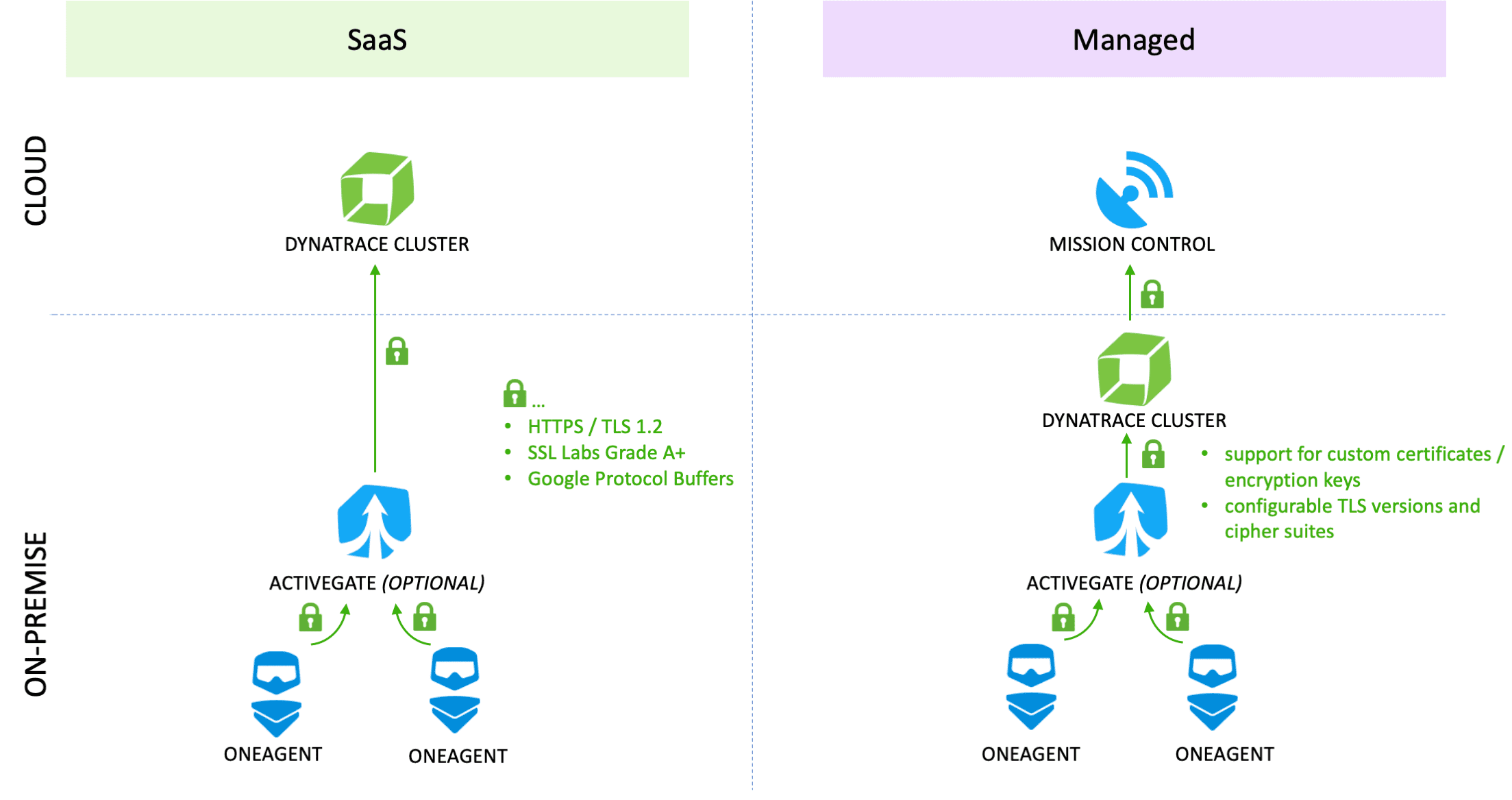 Dynatrace Managed customers must configure their own hard disk encryption and manage encryption keys on their own.

In Dynatrace SaaS, you can manage your users by setting up user groups and permissions and SAML. 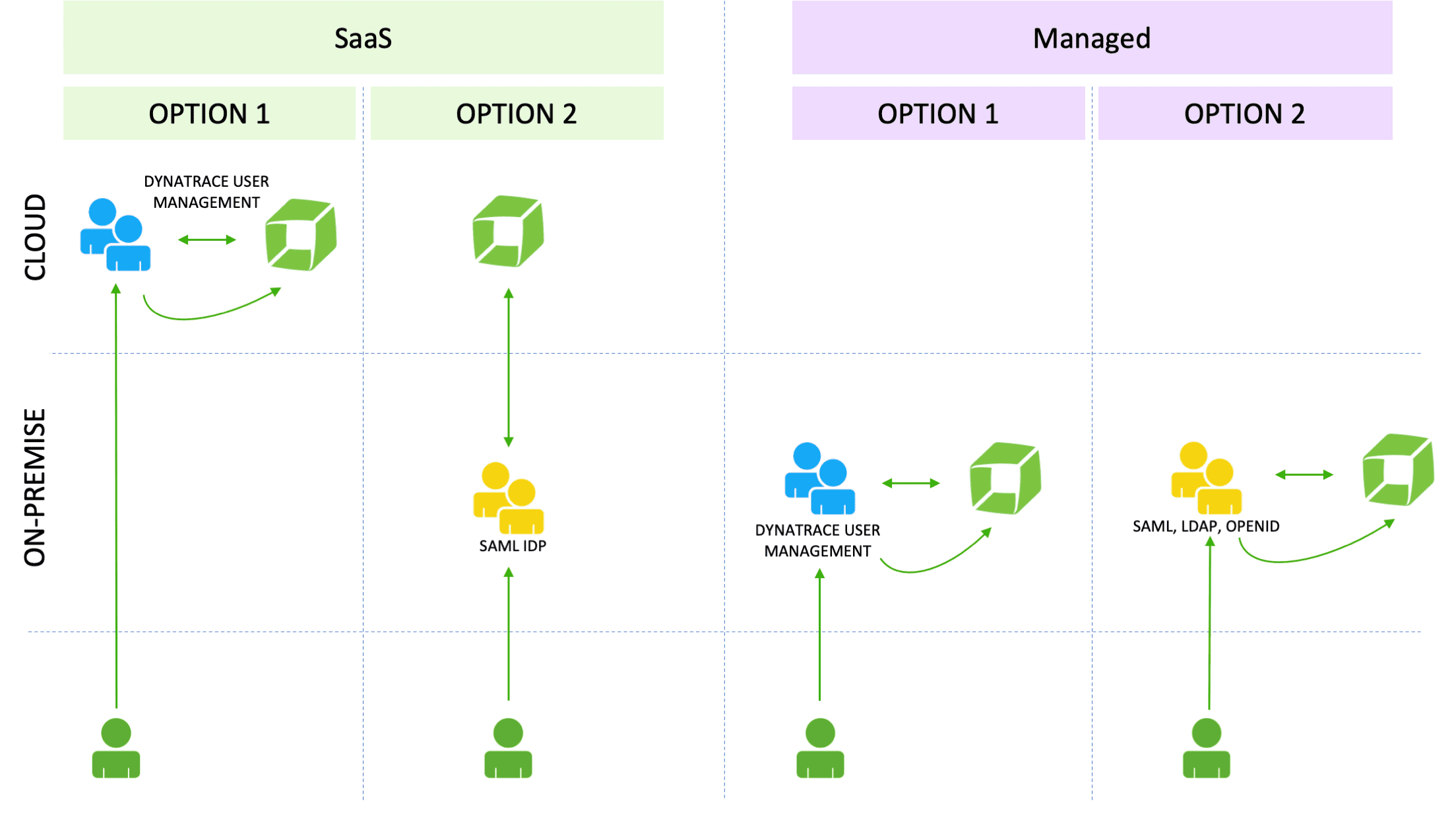 Dynatrace Managed offers a built-in backup mechanism that you must configure.

A dedicated Dynatrace self-monitoring cluster monitors availability, performance, and security of all SaaS clusters. If a problem is detected, the Dynatrace ACE (Autonomous Cloud Enablement) team, which operates on a 24/7 basis, is notified immediately. Operational status and incidents are always available at dynatrace.status.io. 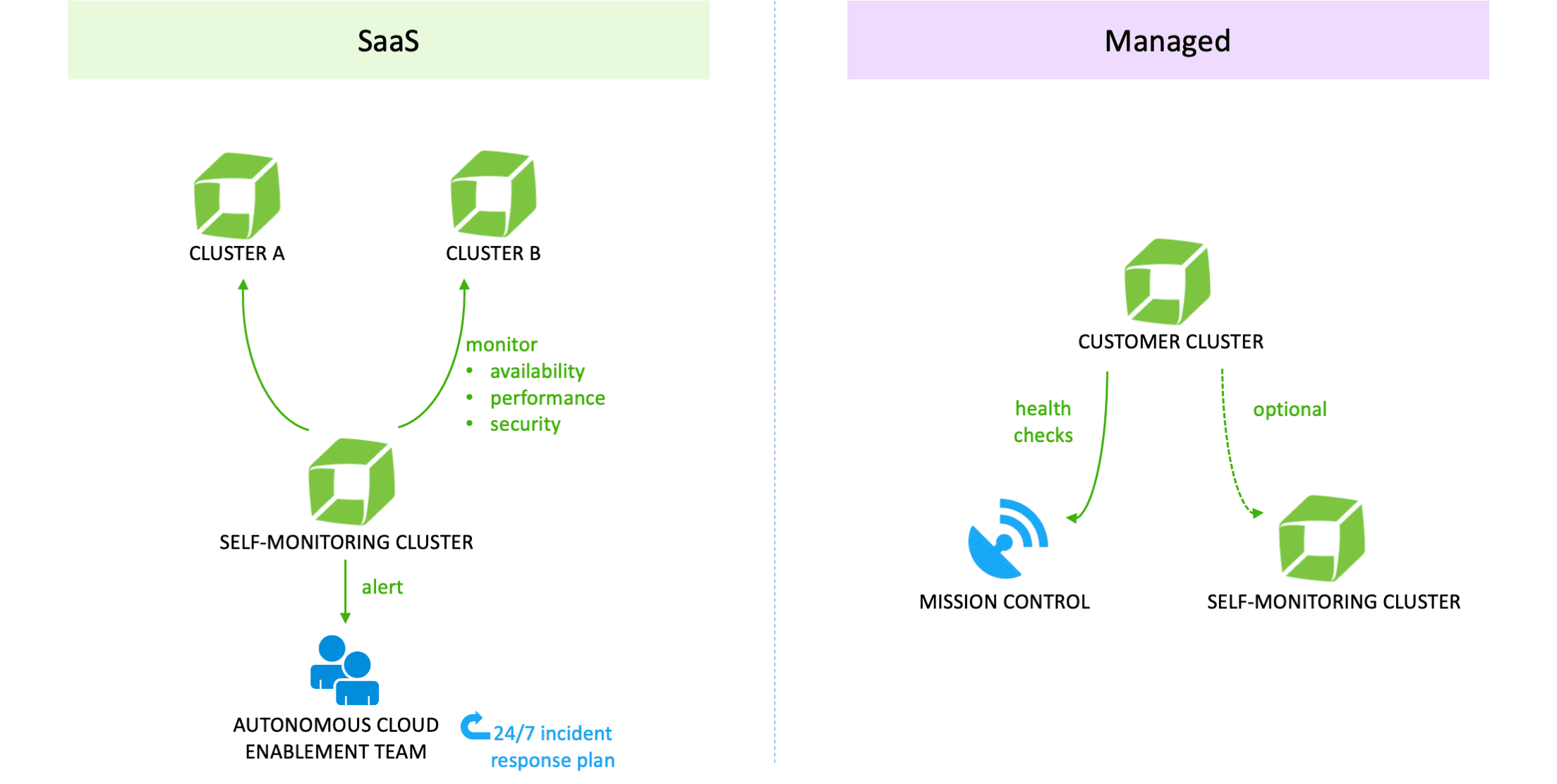 Roll out of updates and hot fixes

Using a fully automated CI/CD pipeline, Dynatrace is able to roll out updates and hot fixes within a few hours. The Dynatrace architecture allows for zero-downtime upgrades of clusters.

In Dynatrace SaaS, new features are delivered every two weeks. Updates of Dynatrace ActiveGates and OneAgents can be performed automatically or manually. 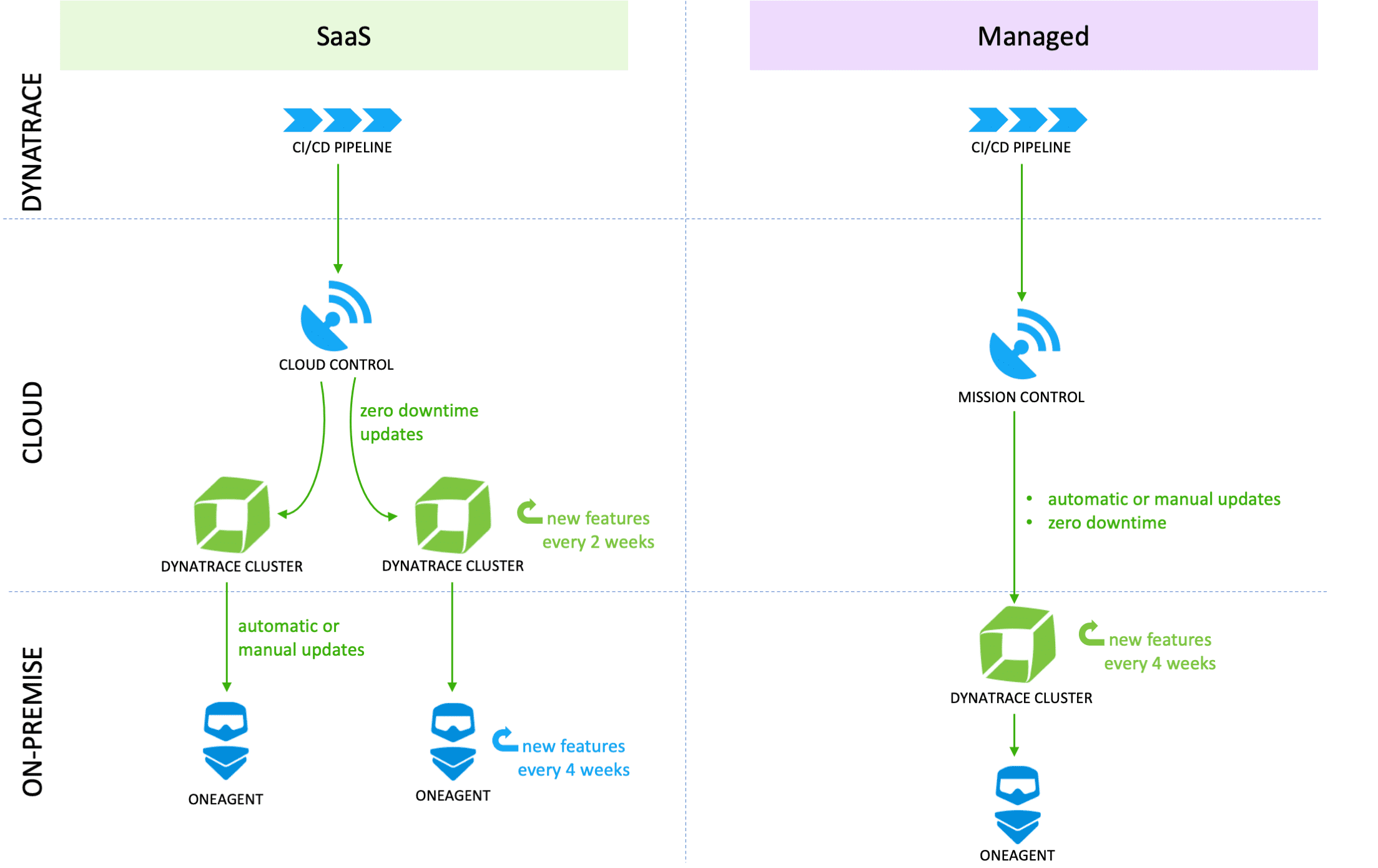 Access to Dynatrace SaaS environments is role-based. Role changes require justification and approval by the Dynatrace ACE (Autonomous Cloud Enablement) team. Access is restricted to the Dynatrace corporate network and requires multi-factor authentication when accessed remotely. Every access and all changes are audit logged and fully accessible. 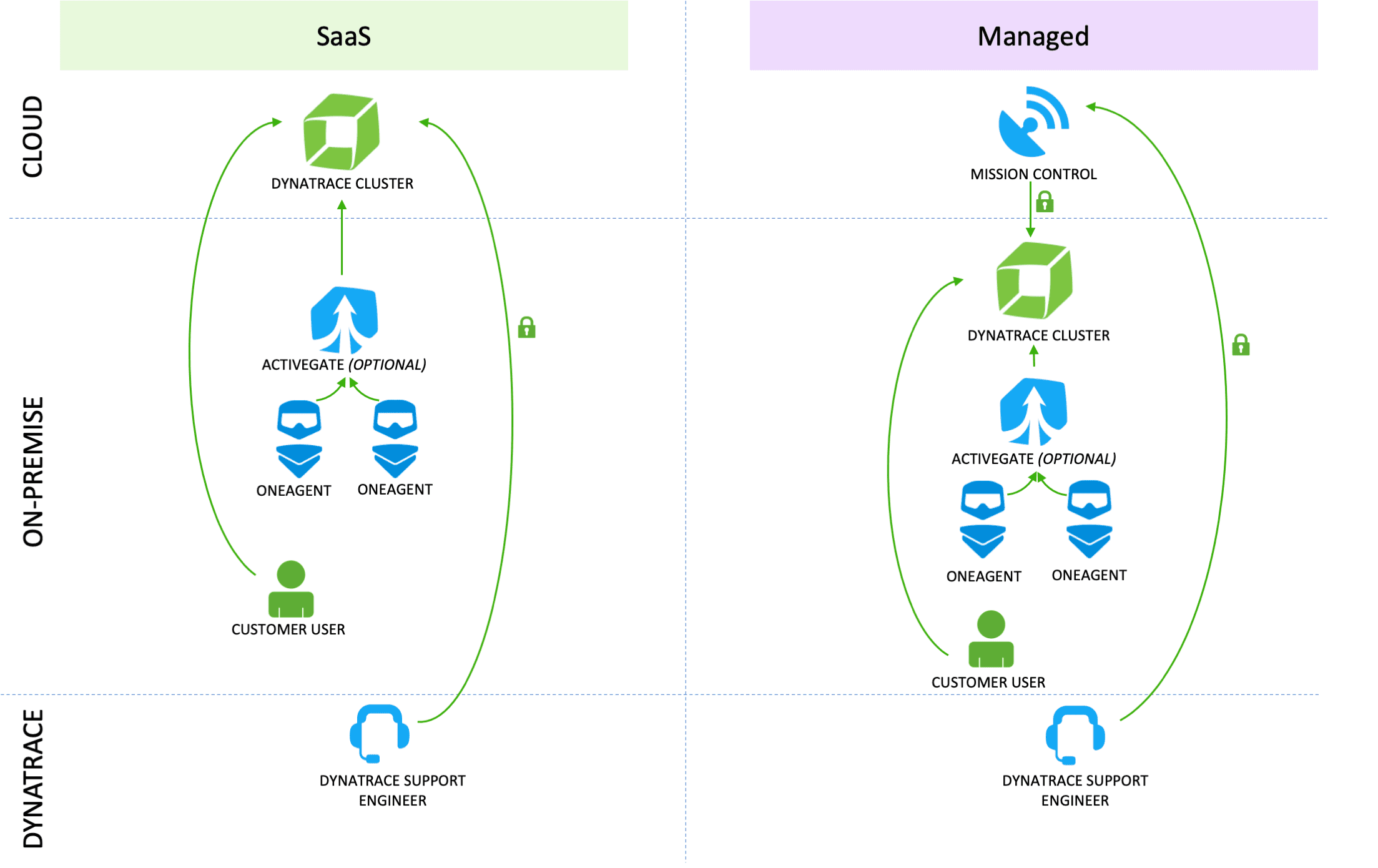 You can enable the FIPS mode to ensure OneAgent is compliant with the FIPS 140-3 computer security standard. 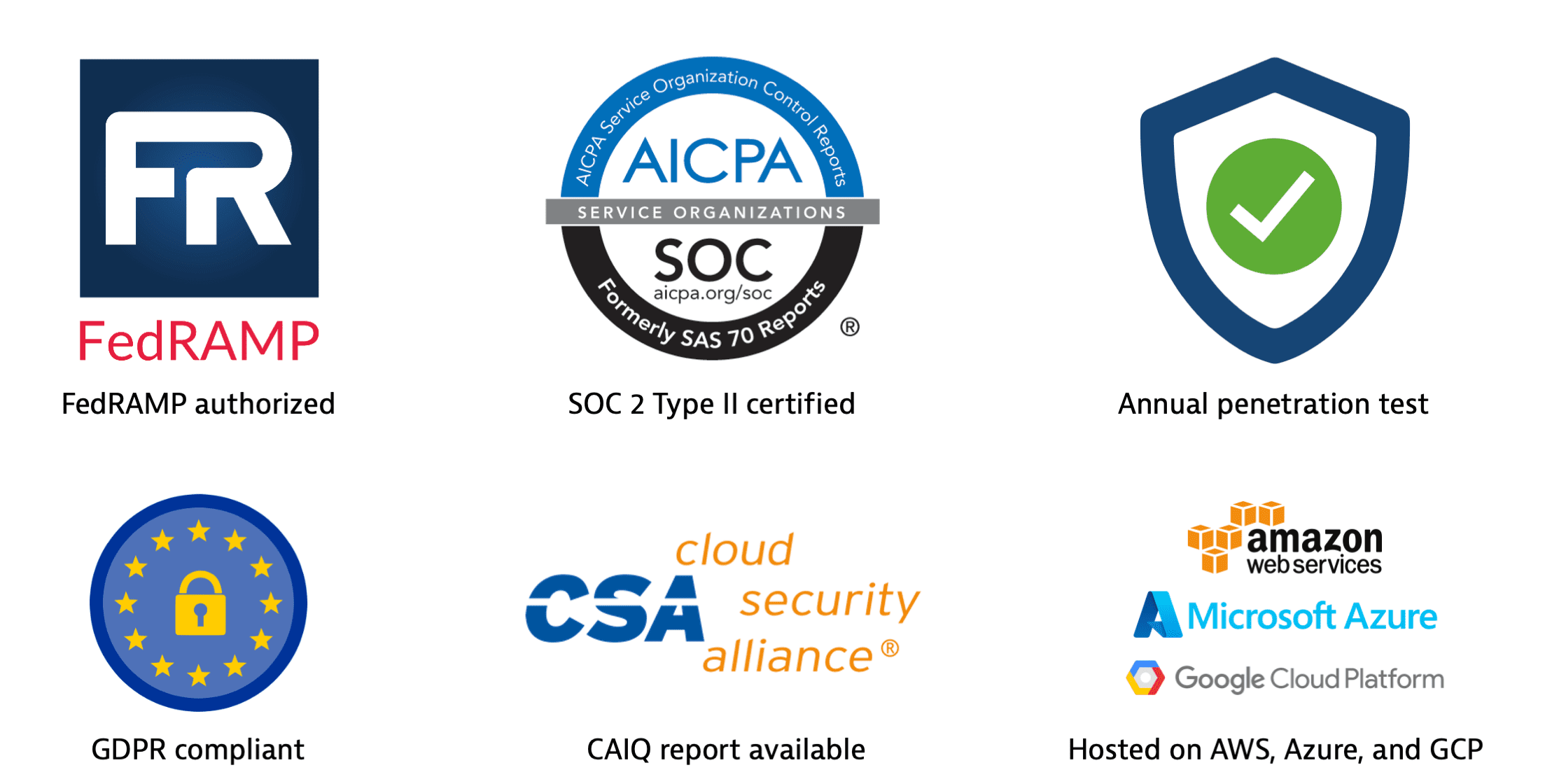