Learn how you can participate in Previews and Early Adopter Releases.

Previews provide you with access to new features so that we can hear your feedback and ultimately deliver features that exactly meet your needs.

The following previews are currently open for participation.

The following previews have been completed. 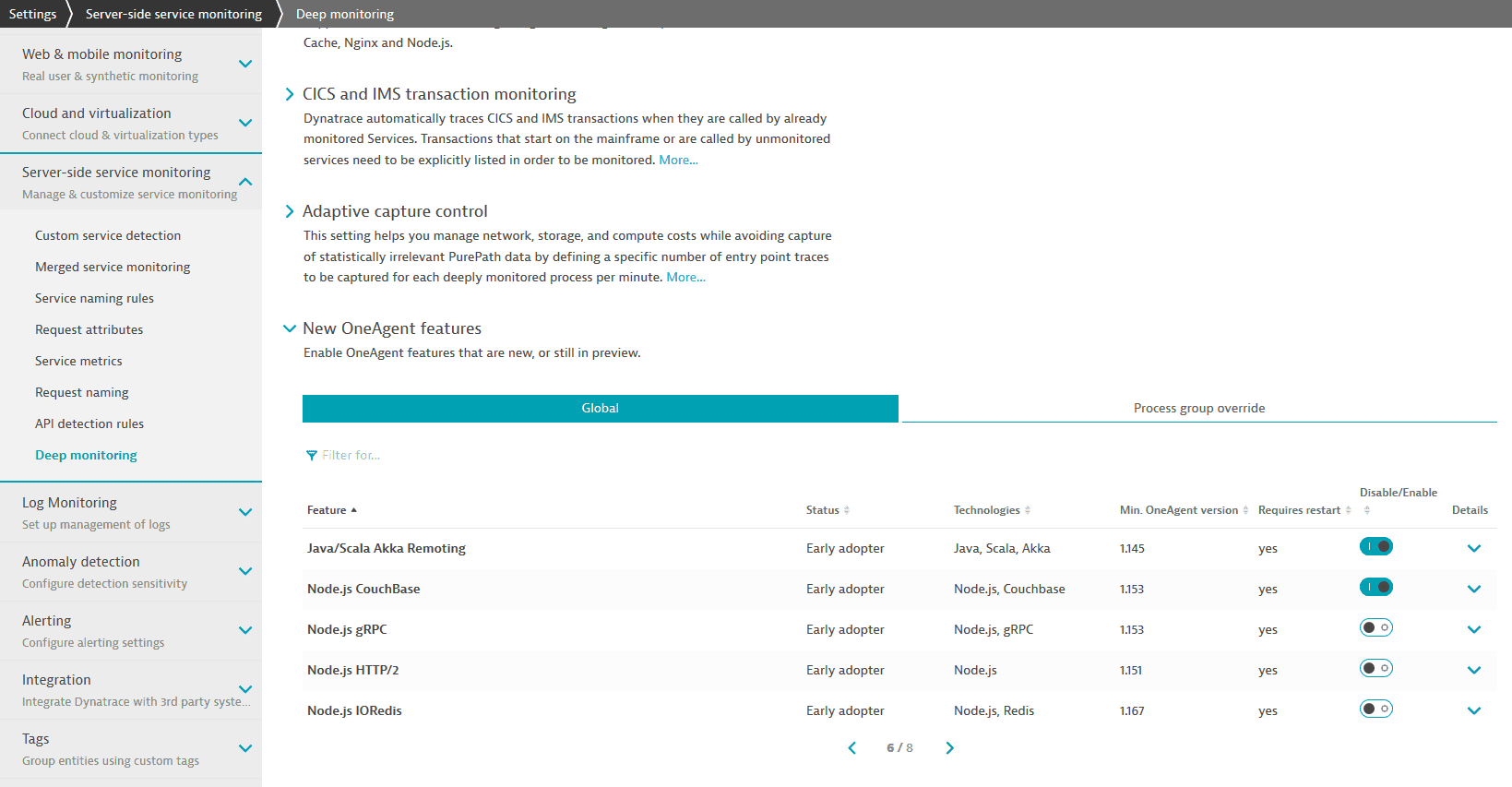 Enable this feature to get visibility into Redis calls via the ioredis client).

Enable this to get visibility into MySQL DB statements in Node.js applications when the mysql2 module is used.

Enable this to get visibility into CouchBase DB statements in Node.js applications

Enable this feature to trace gRPC calls in Node.js applications

Beginning with Dynatrace SaaS and Managed version 1.152 and OneAgent version 1.145, you can enable Akka remoting

Starting with OneAgent version 1.161, you can monitor PHP version 7.3.

Starting with OneAgent version 1.155, you can monitor PHP on your Windows (IIS/Apache) environments—full-stack monitoring is now available on Windows for Apache mod_php applications and PHP CGI.