OneAgent support for NGINX is based on tested NGINX binaries. The following images will help you to determine if a release is qualified for OneAgent support: 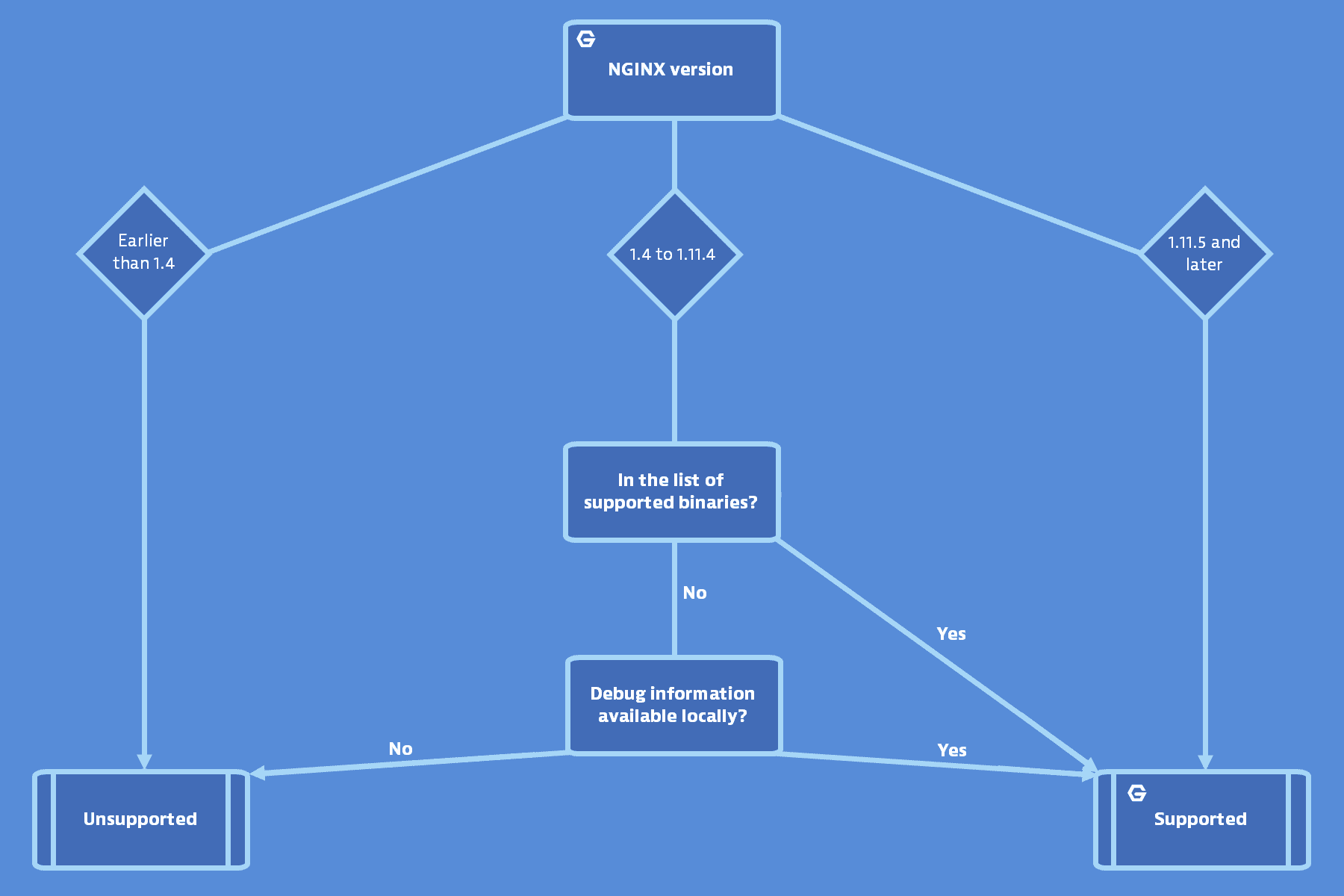 In Dynatrace, an informational message appears on the NGINX process details when an attempt is made to instrument an unsupported binary or the API for extended NGINX Plus metrics is not accessible.

Here is the list of supported binaries, for which Dynatrace has debug information available:

For other binaries (for example, custom builds), you need to provide the debug packages locally.

Tengine is based on NGINX and provides some advanced capabilties.

The HTTP connection metrics are:

For OneAgent to report HTTP connection metrics, you need to build NGINX with http_stub_status_module.

How to build NGINX with http_stub_status_module

Use the --with-http_stub_status_module configuration parameter.

How to check if an NGINX binary was built with http_stub_status_module

Invoke nginx -V on your command line. This will return the NGINX configuration parameters. Make sure that the output contains the --with-http_stub_status_module parameter.

NGINX Plus metrics are captured from NGINX Plus Status API (up to R15) or NGINX Plus API (R16+).

The API needs to be turned on and accessible from OneAgent. In case the API is protected by NGINX authentication, make sure that it's accessible from localhost for HTTP-GET requests.