Based on your specific use case and requirements, the possible connectivity schemes for Environment ActiveGates, Cluster ActiveGates, OneAgents, and Dynatrace Server are depicted below. 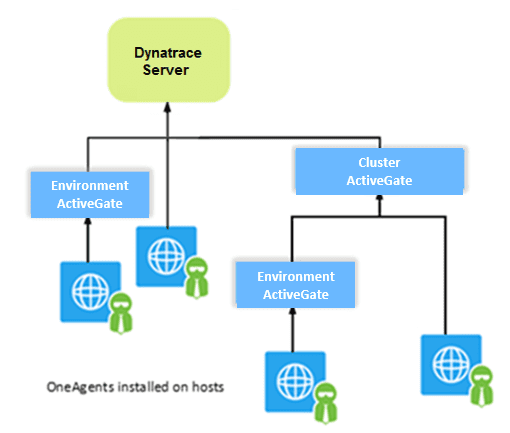 In general, an ActiveGate is preferred if it's considered to be "closer" to the sender (i.e., OneAgent or another ActiveGate) in terms of the following hierarchy: