ActiveGate acts as a secure proxy

In addition to routing monitoring data captured by OneAgents, Dynatrace ActiveGate is also capable of performing monitoring tasks—using API to query and monitor a wide range of technologies. The list of monitored technologies is not limited, but can be extended dynamically. It includes cloud and data center technologies, for example, AWS, VMware, Azure, Kubernetes, OpenShift, Cloud Foundry, Google Cloud Platform, Oracle, SMTP, WMI, Prometheus, and many others. 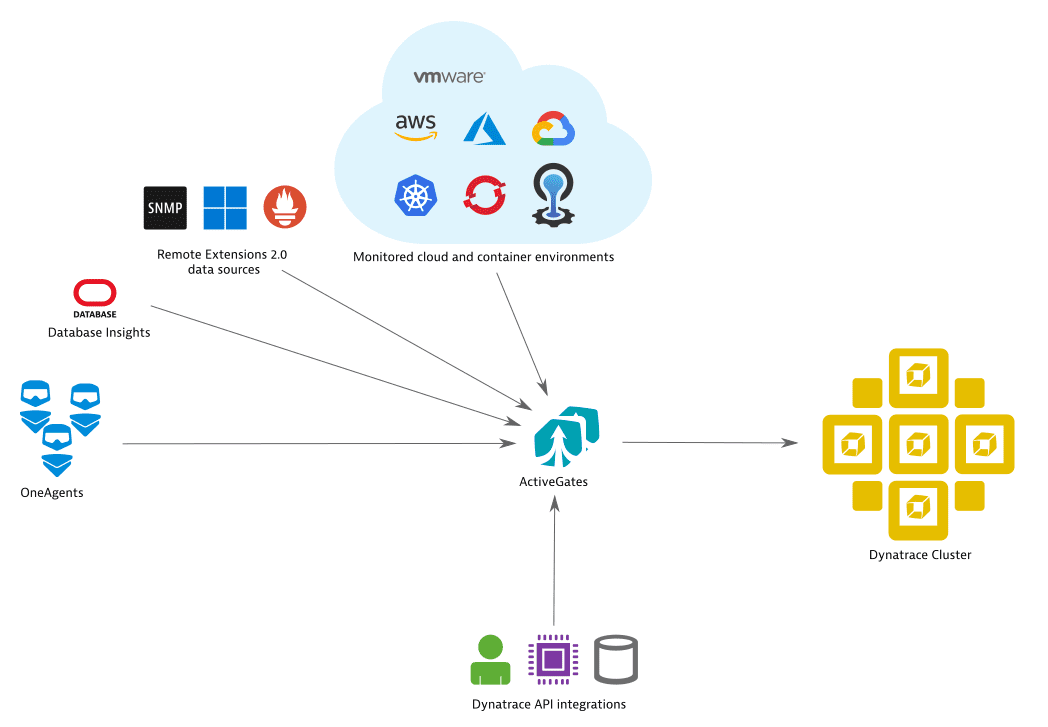 To use specific ActiveGate functional features—referred to as modules—you need an ActiveGate with those modules installed or activated: When you install an ActiveGate, you select the main purpose of the installation and then—depending on the purpose—you can install or activate a different set of functional modules.