Reviewing and fixing mobile app crashes is vital to improving mobile-app user experience. Dynatrace collects all crash reports generated by your instrumented applications and presents them in a list that's sorted based on impact to real users.

The Crashes list aggregates all similar crash types. Dynatrace aggregates crashes based on crash reason (such as failure or exception type), source code location, and line number. The list is automatically sorted based on the number of crashes and the number of affected users so that you can quickly get an overview of the crashes that are most critical. 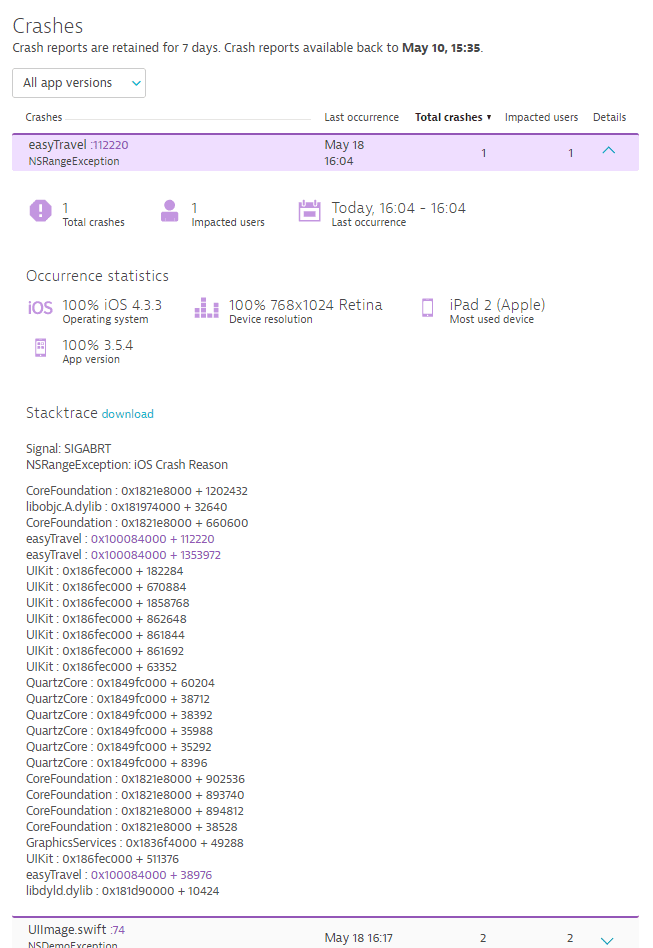 Crash details provide a code-level stack trace that enables you to review the root causes of crashes at the source-code level. Click Download to download a stack trace for integration into your 3rd party incident management system, such as JIRA or Bugzilla.

If you've instrumented more than one app version, use the All app version list to filter the list according to your apps' release versions.

Note: While crash metrics remain available within the chart for an unlimited period of time, detailed code-level analysis is only available for 10 days.

You can turn those ugly Hexcodes into human-readable format through Symbolication.