On the Process group detection page you have the following options:

Tomcat, JBoss, and other applications are often deployed automatically to production. In some cases this involves the creation of new containers and directories with each deployment. Often build numbers, dates, GUIDs, and even version numbers are automatically appended to directory names (for example /opt/webapp/deployment_v1.4.45-2015-09-09/tomcat7). This presents a challenge for long-term process monitoring because it results in each new deployment being considered by Dynatrace to be a newly discovered process. Therefore, on the Process group detection page, you should enable Ignore versions, builds, dates, and GUIDs in process directory names. By enabling this setting, any newly generated numbers, dates, or GUIDs in directory names will be ignored when determining if processes simply belong to the same cluster or if they are indeed the same logical entity. This ensures continuity of service and process-level data following the deployment of new versions.

Suppose you have a process group with multiple processes. Each process concurrently performs the same function for different customers who are using your application at the same time. While each process instance has the same name, each instance runs off a unique customer-specific configuration that Dynatrace doesn’t have information about. Dynatrace, therefore, aggregates all related processes into a single process group to facilitate monitoring. For instances where such grouping is inadequate, you have the option of defining process-group detection rules that consider customer-specific details. Such detail can be gleaned from your unique deployment scheme. If you have a directory structure that includes a customer ID (for example, /opt/MyCustomerBasedApp/<CustomerId>/Service/MyService), and the directory structure is the same across all your hosts, you can create a customer-specific process-group detection rule that works across all process instances. 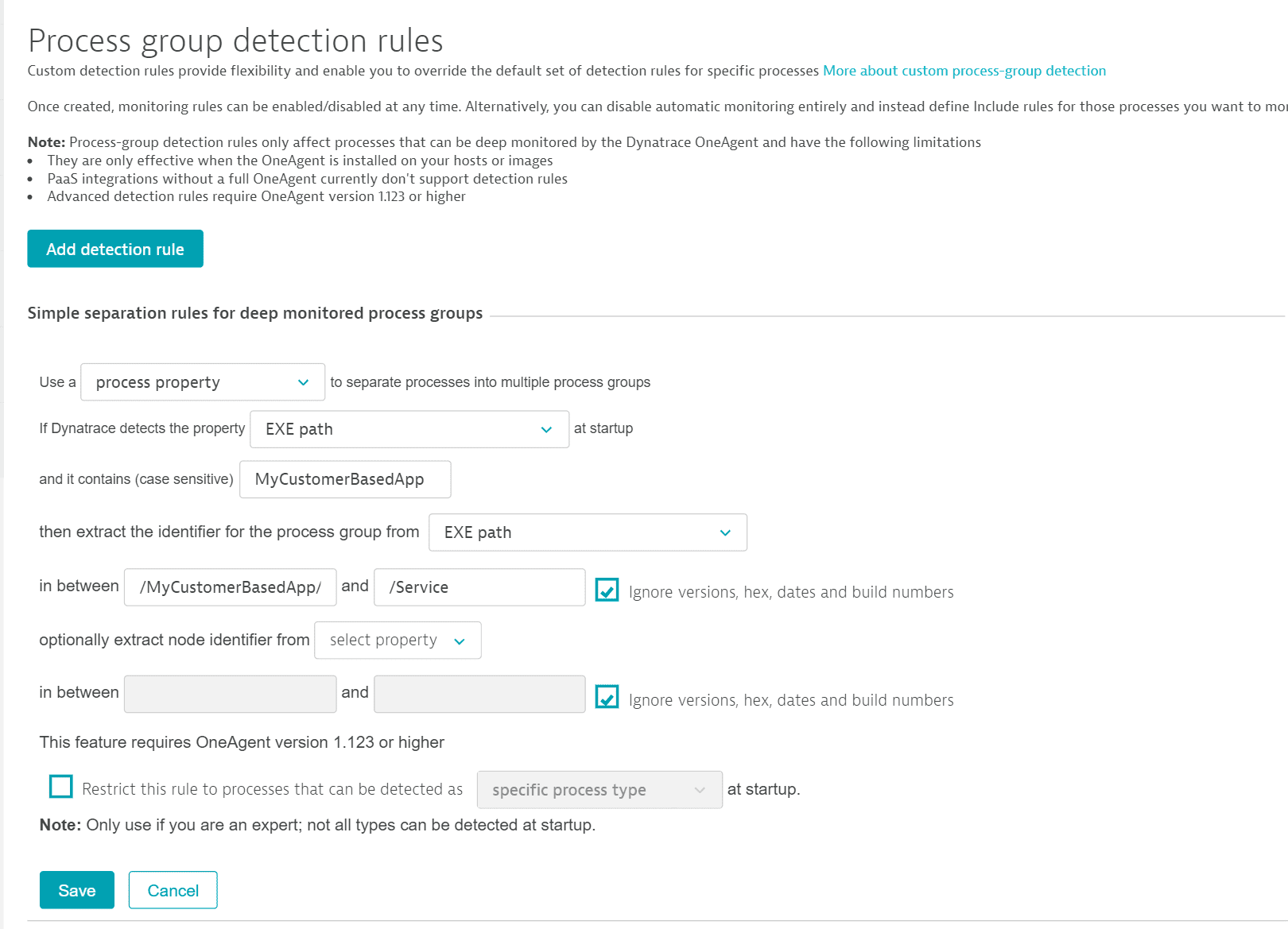 You have the option to define a second property that identifies specific cluster nodes within a process group. This is useful if your process group setup has specific names per node. If you are not sure leave this empty. The default setting is one node per host.

Optionally, you can define a second property that identifies specific cluster nodes within a process group. This is useful if your process group setup has specific names per node. If you are not sure, leave this empty. The default setting is one node per host.

How to define an environment variable for IIS

Set up an environment variable for IIS versions earlier than 10

To set up an environment variable in IIS versions earlier than 10, follow the instructions below.

How to define an environment variable for Windows services

To customize process grouping for Windows services, you'll need to create a key called Environment of type REG_MULTISZ in HKEY_LOCAL_MACHINE\SYSTEM\CurrentControlSet\Services\<servicename>. The value of the Environment key may contain multiple entries like in the following example: 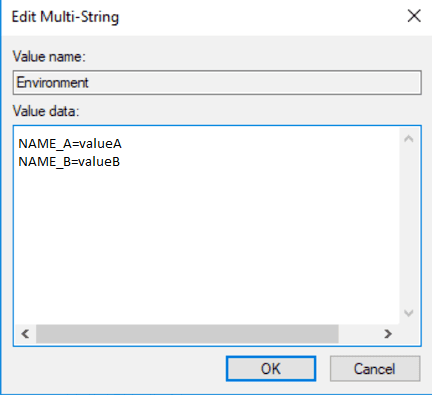 Consider, for example, two nearly identical Apache HTTP server deployments that reside within the same deployment directory but on different hosts. By default, Dynatrace can't distinguish between the two deployments because they don't possess any unique characteristics that can be used for identification. Now consider the following rule:

You can optionally type in an environmental variable to be used for identifying cluster nodes within a process group. If you are not sure, leave this empty. The default setting is one node per host.

What can I do if none of the above works?

If you have tried out the above process group detection options and none of them works, you can use the environment variable DT_CLUSTER_ID to group all processes that have the same value for this variable. All processes found in a monitoring environment that share the same cluster ID are treated as members of the same process group, separate only by the hosts they run on (for example, clusters of Apache web servers that belong together and host the same site).

Note: Be sure that you only set the DT_CLUSTER_ID variable on a process-by-process basis, not system wide! If you set this variable system-wide, all processes may be grouped into a single process group for monitoring. This is undesirable and unsupported.

To identify nodes within a process cluster that run on the same host, use the DT_NODE_ID environment variable. This tells Dynatrace which processes should be considered separate process group instances.

Process-group detection rules only affect processes that can be deep monitored by OneAgent and have the following limitations: