Note: This feature is currently available as an Early Adopter release.

A host can be assigned to a host group at the following times:

The host group string may only contain alphanumeric characters, hyphens, underscores, and periods. It must not start with dt. and the maximum length is 100 characters.

The host group is statically assigned to the host. Each host belongs to at most one host group and the host group can only be changed by re-installing OneAgent or by using the 'oneagentctl' command-line interface. Host groups are displayed, for example, on the Monitoring overview page. Click the Host group link to edit the settings for all hosts in a host group. 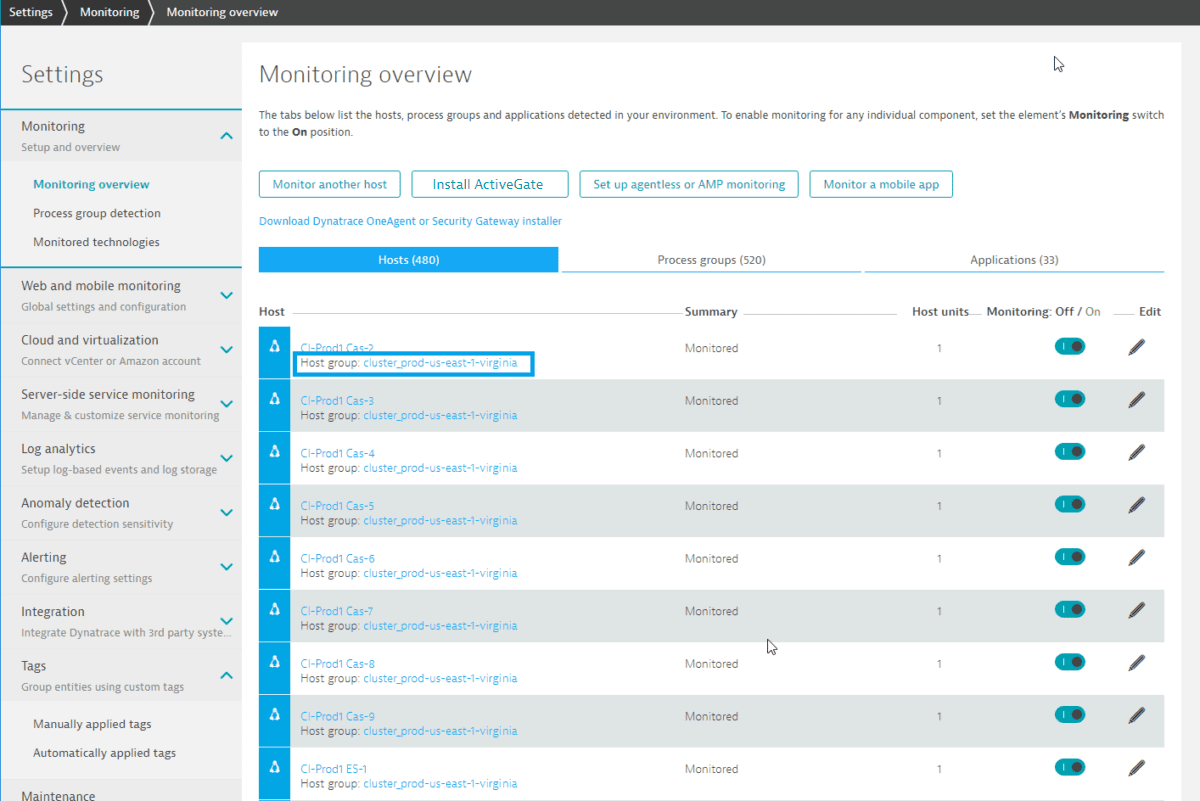 Host groups are sets of hosts. Each group can be configured on the host-group level. This makes it easy to change the settings for a large number of hosts. You can define alerting thresholds and OneAgent update settings on a per-host-group basis. In the example below, the host group accepts the globally-configured anomaly thresholds without overriding them. 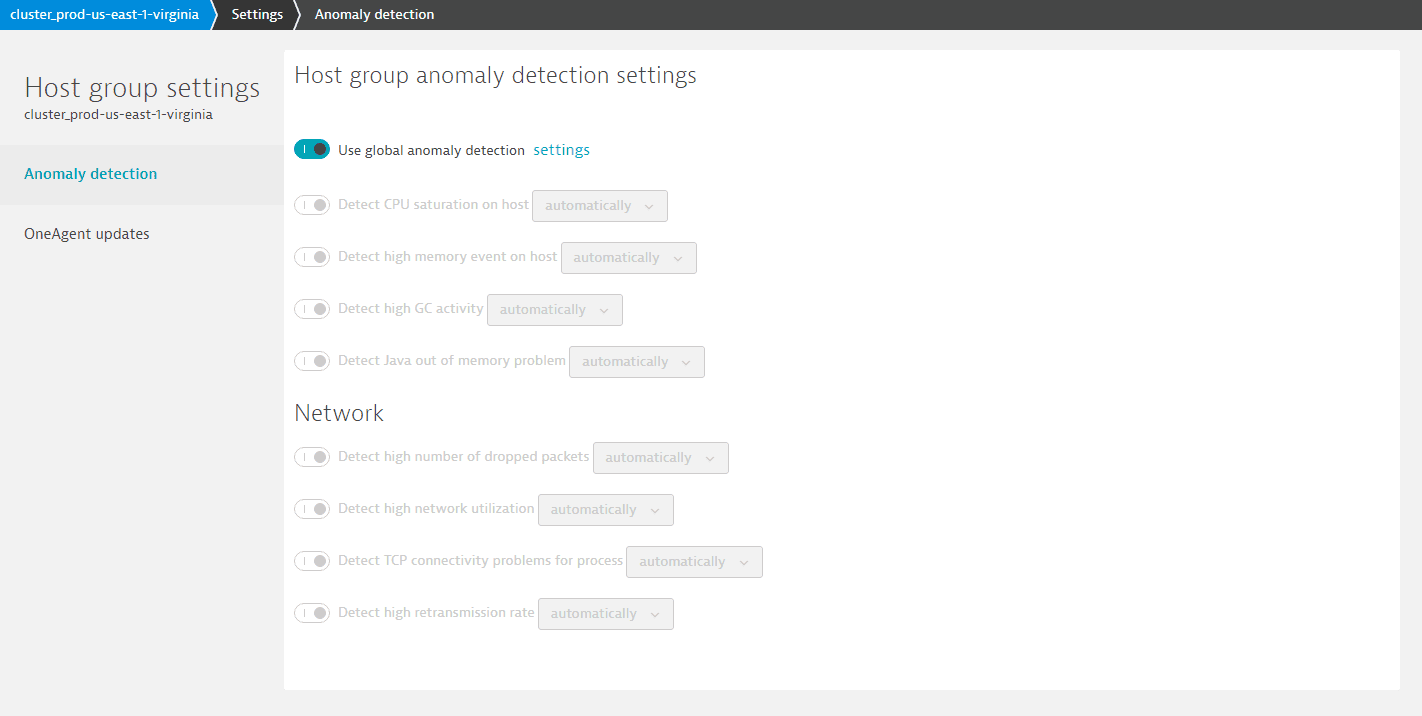 Host groups can also be used in tagging rules and for defining management zones so you can apply additional context information to the different entities in Dynatrace, based on host groups. As shown in the example below, you can tag entities based on the host group they belong to. 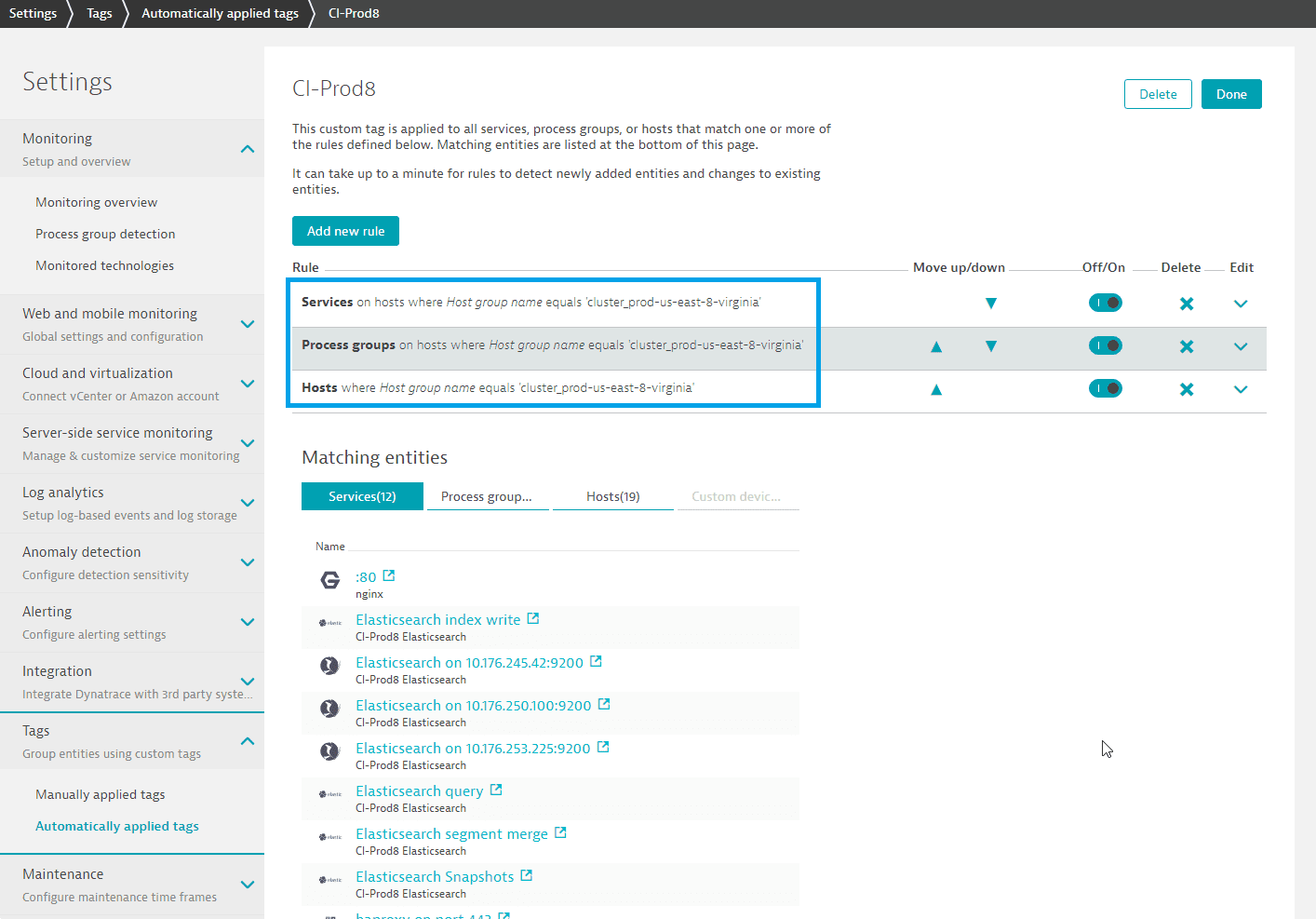