As of Dynatrace version 146, we’ve combined user session analysis and synthetic monitoring into a new monitoring category called “Digital Experience Monitoring” (or “DEM” for short). With DEM, you can purchase a quota of monitoring units that can be freely distributed across all DEM services. Switching to DEM units requires that we issue you a new “Unified host model with DEM units” license. From a configuration standpoint, you retain the flexibility to define limits for each of our digital monitoring offerings individually, on a per-environment basis.

Each Environments detail page (see example below) has been redesigned so as to show monthly and annual quota limits for the current set of DEM offerings (user sessions and synthetic monitors). Customers can set limits on individual services or set a DEM units limit per environment, and thereby have your services consume units from the overall quota on a first come, first served basis.

Overall consumption is detailed on the Licensing page as usual:

Future DEM services that are currently under development will be made available for consumption upon their release without requiring that you purchase a separate quota. The new DEM services will be added to Environment details view alongside our existing DEM services.

Also in this release 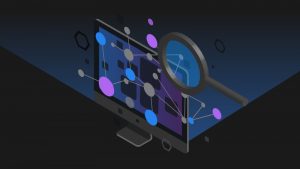