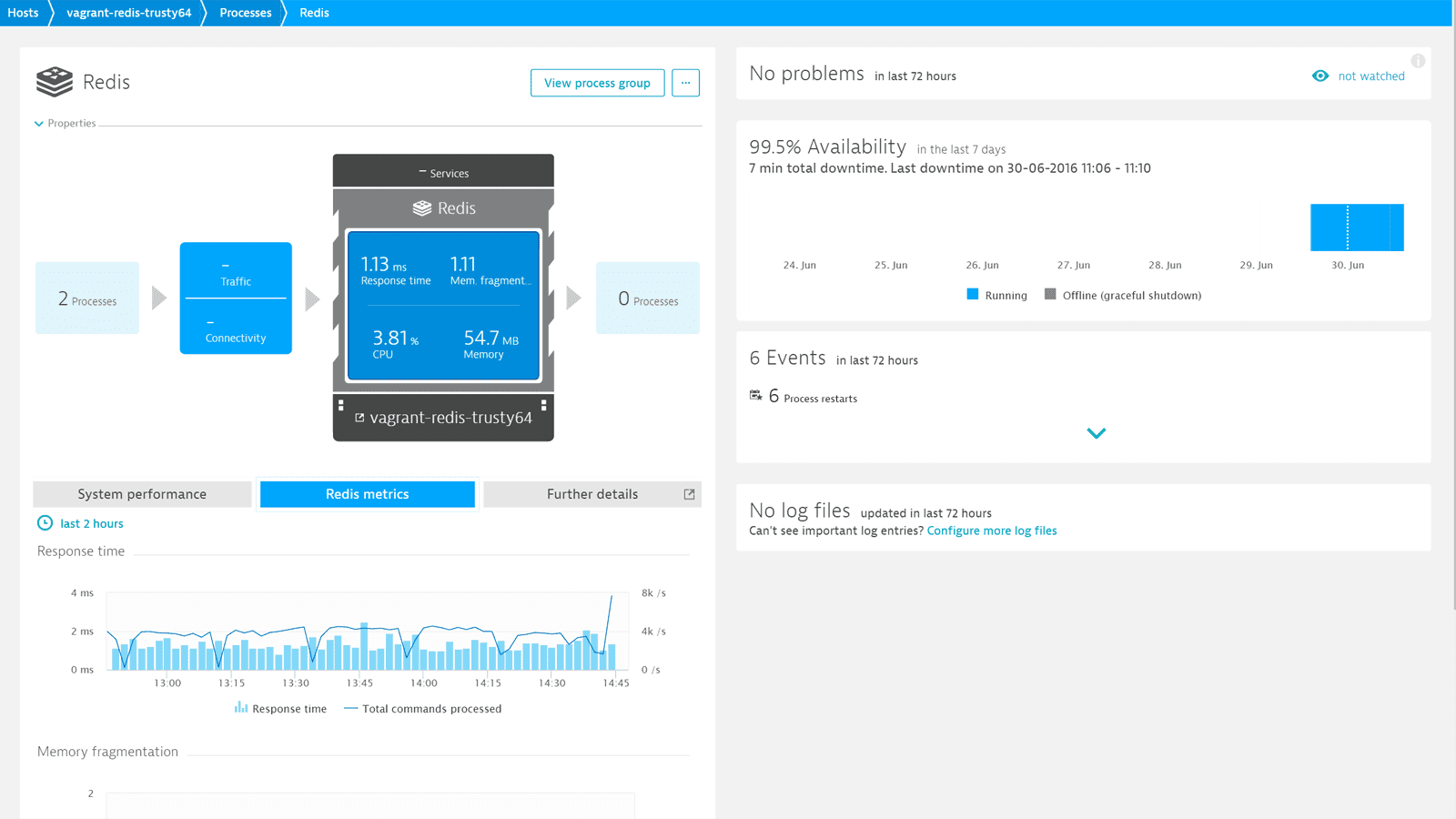 All the Redis metrics you need

No configuration required. Just turn on Redis monitoring and set a password. Dynatrace automatically detects your Redis servers on all monitored hosts.

We track the number of slow Redis requests and help you optimize your Redis server performance.

Dynatrace Redis monitoring provides insights into your distributed memory-object caching system, delivering all the metrics you need to see:

Dynatrace tracks the queries in your Redis Slow Log—those queries that have exceeded their specified execution times—enabling you to control and optimize your Redis requests. 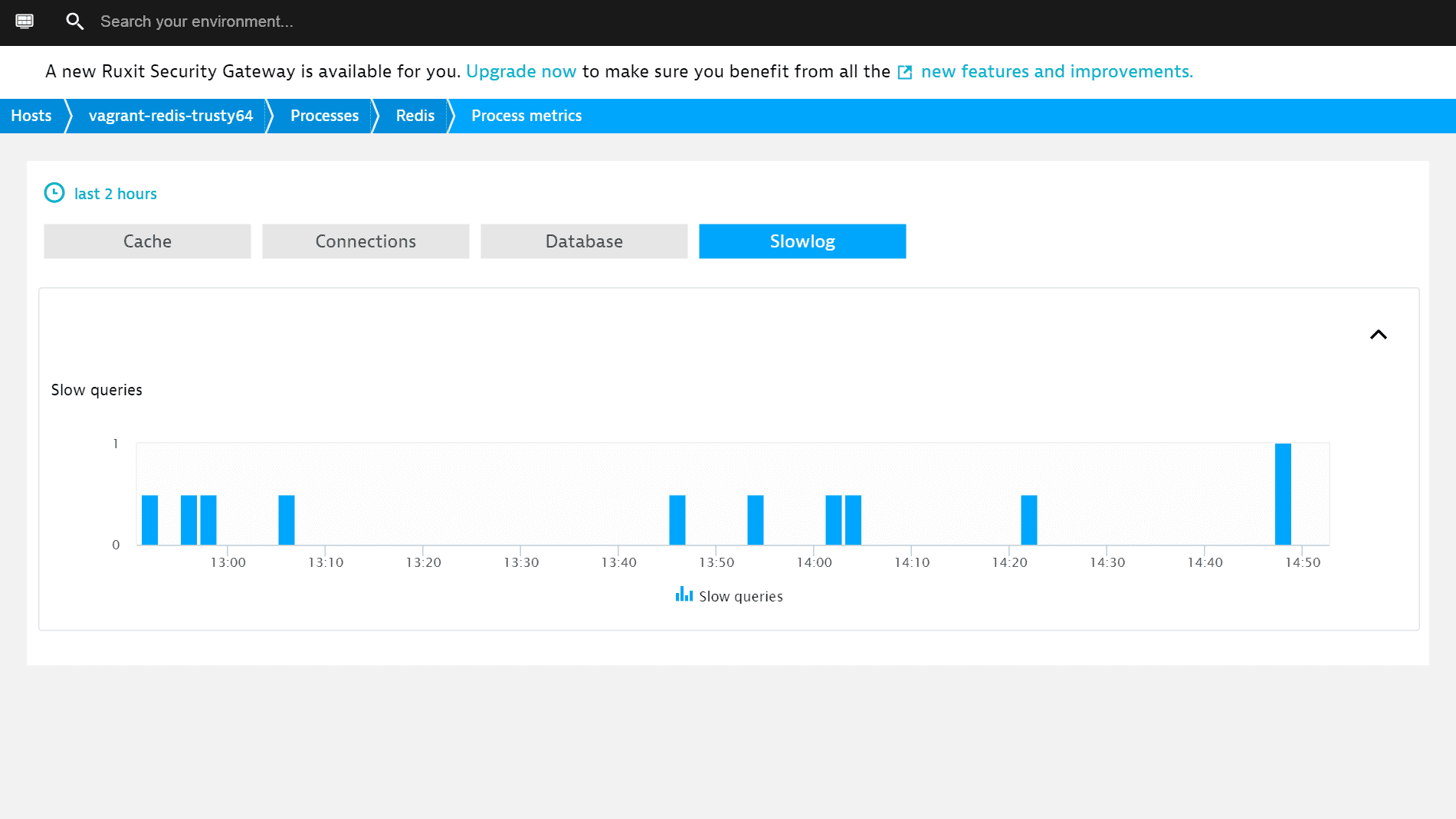 Dynatrace automatically discovers your Redis topology. Each Redis instance is viewed as a separate process. With this approach, you get detailed information about each Redis server. Because Redis is single-threaded, and individual Redis instances can only use a single CPU core, it's recommended that you run multiple Redis instances. 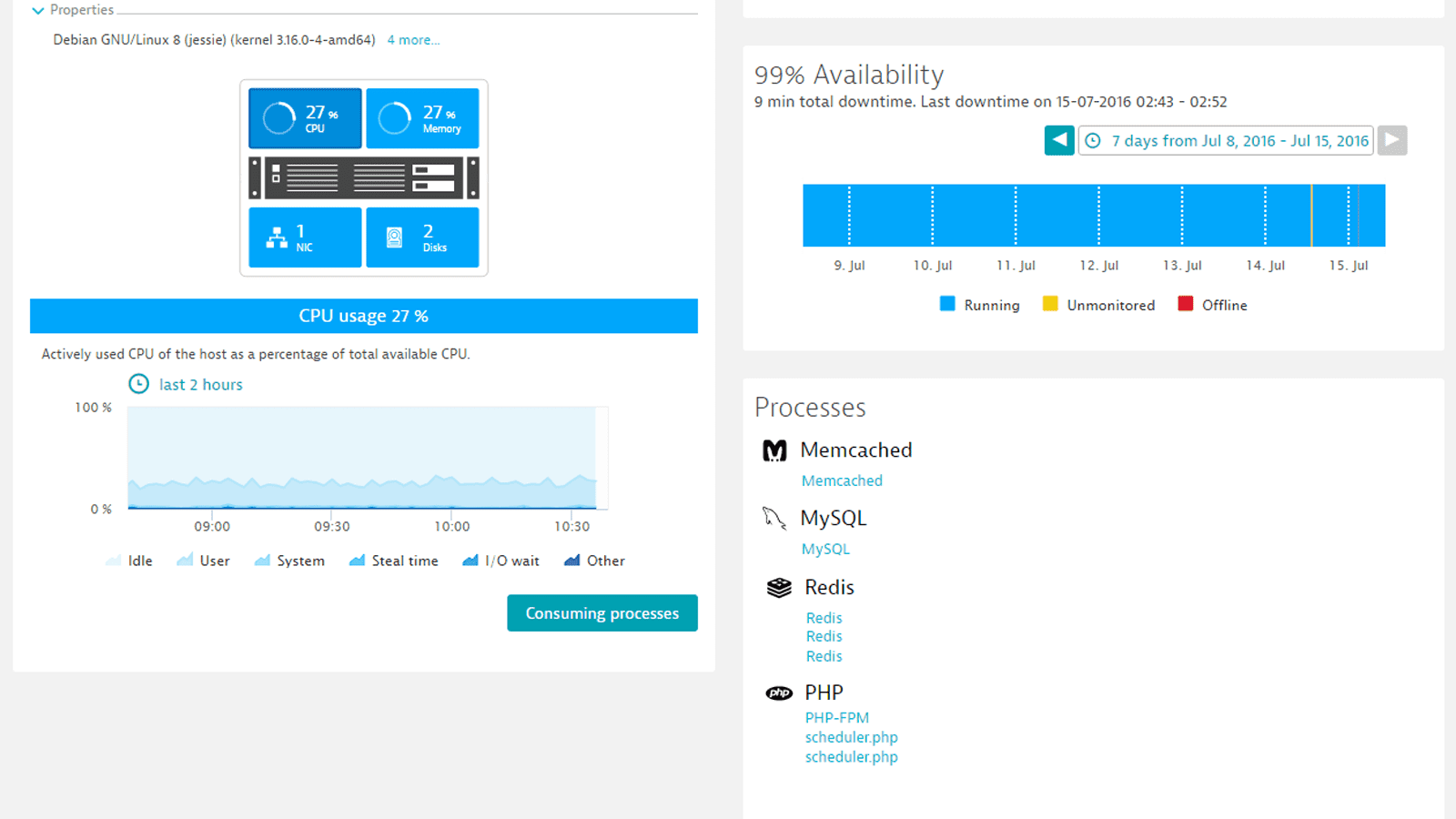 "Redis" means REmote DIctionary Server. Redis is a data structure server that is open-source, networked, in-memory, and capable of storing keys with optional durability. According to the monthly ranking by DB-Engines.com, Redis is the most popular key-value database. Redis was ranked the #1 NoSQL database (and #4 database) in User Satisfaction and Market Presence based on user reviews, the most popular NoSQL database in containers, and the #1 NoSQL database among Top 50 Developer Tools & Services.

Start Redis performance monitoring in under 5 minutes with our free trial!