When we refer to Dynatrace as a gen 3 monitoring solution, compared to traditional gen 2 APM solutions like AppDynamics and New Relic, it may sound like marketing hyperbole. But the distinction is real, and it makes a big difference to customers as they transform their own businesses. Let’s take a brief stroll through history to see why. 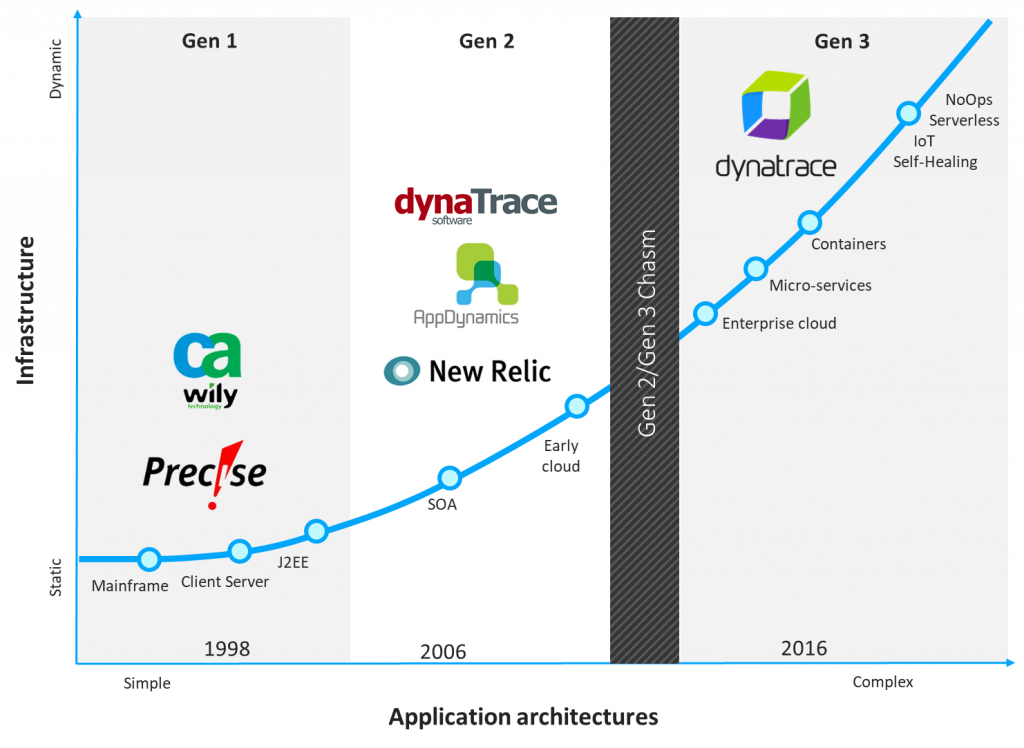 The early days of APM

The application performance monitoring market dates to the late 1990s, with Wily Technology (later acquired by CA) and Precise Software leading the way. This first generation of APM solutions came about following the rapid rise of Java and the need to manage performance. Infrastructure was largely static, and the applications built with Java were relatively simple.

The rise of SOA and gen 2 monitoring

The 2000s saw the rise of service-oriented architectures (SOA), which brought the promise of increased flexibility and agility. Along with those benefits however, came increased application complexity, which required a new generation of monitoring.

This new generation was led by the original “Dynatrace product” (back when we had a small ‘d’ and big ‘T’), also known as AppMon, along with a couple offshoots of CA Wily, namely AppDynamics and New Relic. The “Dynatrace product” introduced the concept of PurePath – dynamic tracing of a single transaction – to deal with this new complexity. AppDynamics and New Relic addressed other shortcomings of Wily, improving on ease of implementation and ease of use.

The need for a new approach

Business and IT now have a new set of technologies to disrupt their industries, drive competitive advantage, and digitally transform their organizations. This increases application complexity even more by breaking monolithic apps into small, frequently changing components. Importantly, the underlying infrastructure has also changed dramatically, from mostly static to highly dynamic.

The old approach to monitoring, the Gen 2 approach, no longer works in this new cloud world.

For Dynatrace, this shift to cloud created an opportunity. We recognized the seismic shift that was coming and had done the homework to conclude the best way to take advantage of this seismic shift was to reinvent monitoring from the ground up. Evolution would not work. Reinvention was the only approach.

We took an Innovator’s Dilemma approach, and purpose built for where the market was going. We came to market in 2014 with an MVP (minimum viable product) we called Ruxit. We architected for the enterprise, but knew we had to mature the new platform for more use-cases and robustness required by our mainstream audience. We kept improving it with new releases every two weeks until it was battle-tested and enterprise-proven, at which point in 2016 it became the new Dynatrace platform. (A platform which, by the way, monitored almost 63 TRILLION transactions last year for our customers. So yes, you could say it’s enterprise proven!)

In short, we took advantage of a disruptive market moment and leapt ahead. No other monitoring vendor has yet done the same. They’re still peddling the same old Gen 2 architectures promising they’ll work in this new cloud world.

What does it take to be gen 3?

Why does it matter?

Don’t let the gen 2 vendors tell you this is just marketing hype, or that they are really a “next gen” solution. I speak with customers regularly and the difference matters.

It’s easy to see the difference

So, what are you waiting for? Take Dynatrace for a spin, and see the gen 3 monitoring difference today. 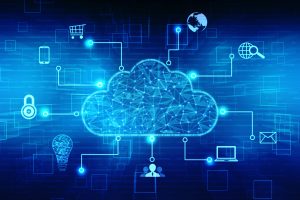