Dynamic IT environments have made application security more complex than ever. Learn how your organization can create software quickly and securely.

Application security is a software engineering term that refers to several different types of security practices designed to ensure applications do not contain vulnerabilities that could allow illicit access to sensitive data, unauthorized code modification, or resource hijacking.

While this mission is easy enough to understand, applications aren’t as simple as they used to be, and ensuring they are secure has become more challenging. Modern software development environments require a new approach to application security (AppSec) to build and deliver software both quickly and securely.

The problem with the traditional approach

Part of what contributes to the complexity of modern applications is they are often more assembled than they are written. Today’s cloud-native applications are predominately built from open-source components, or packages, strung together with a small amount of custom code. While this approach helps organizations deliver applications faster and more efficiently, it has made AppSec more complex than ever, creating blind spots and uncertainty about vulnerabilities within cloud-native applications. Gartner cites research that indicates more than 70% of applications contain flaws resulting from embedded open-source software.

These changes have had a tremendous impact on how applications need to be secured. To understand this change and the shift required to address it, we first have to understand what traditional AppSec is all about.

Application security tests and what they do

Here are some of the most common types of AST:

Once an application moves into the production environment, teams usually use other tools to monitor the applications. These include vulnerability scanners and network detection and response systems designed to detect attacks.

So, why is all this important?

Traditional approaches to AppSec served well for a time, but they simply can’t keep up with today’s accelerated SDLC and the complex nature of cloud-native applications.

In past years, most security testing took place post-development. But rising complexity and interdependency among the components of modern applications means that by the time development is complete, any error or vulnerability can be firmly ingrained, making fixes difficult and time-consuming. As application security shifts left to address this issue, organizations have tried to retrofit traditional AST methods to operate as part of a DevOps tool chain.

Results, unfortunately, have been mixed.

How open-source packages have changed the game

We need a better approach.

To keep pace with cloud-native technologies and ensure adequate application security in both pre-production and production environments, organizations can’t rely on conventional approaches and manual processes. They need a solution with AI and automation at the core to provide real-time detection and alerting, eliminate blind spots, and identify new post-deployment risks. That’s where Dynatrace comes in.

With the release of its Application Security Module, Dynatrace has extended the automation, AI, and scalability of the Software Intelligence Platform to cover modern cloud application use cases that scale across even the broadest, most complex cloud architectures.

The Application Security module includes the Dynatrace AI engine, Davis, which helps developers prioritize security issues while eliminating false positives. Application Security enables DevSecOps teams to innovate at the speed required by the business so they can release software quickly and securely.

Learn more about how Dynatrace is leading the future of application security in the cloud with expanded coverage for Kubernetes and Node.js, or activate your free trial today. 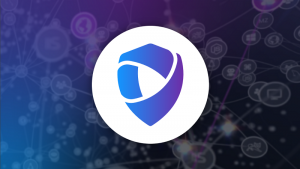