Dynatrace has announced the general availability of the Dynatrace Software Intelligence Platform on Google Cloud Platform as a SaaS solution.

In October 2021, Dynatrace announced the availability of the Dynatrace Software Intelligence Platform on Google Cloud as a software as a service (SaaS) solution. Today, we are excited to announce this SaaS delivery model is now generally available (GA) to the public through Dynatrace sales channels.

From application and infrastructure monitoring to digital experience and application security, Google Cloud customers will get the full benefits of the Dynatrace platform. The platform enlists unified AIOps at its core to simplify cloud operations, automate DevSecOps, and integrate with all major cloud platforms and technologies. This enables organizations to tame cloud complexity, minimize risk, and reduce manual effort so teams can focus on driving innovation.

Additional benefits of Dynatrace SaaS on Google Cloud include:

In addition to SaaS being GA, Dynatrace is rolling out additional support for GCP, providing comprehensive observability of GCP infrastructure and all services used in a GCP account.

Some additional benefits include the following: 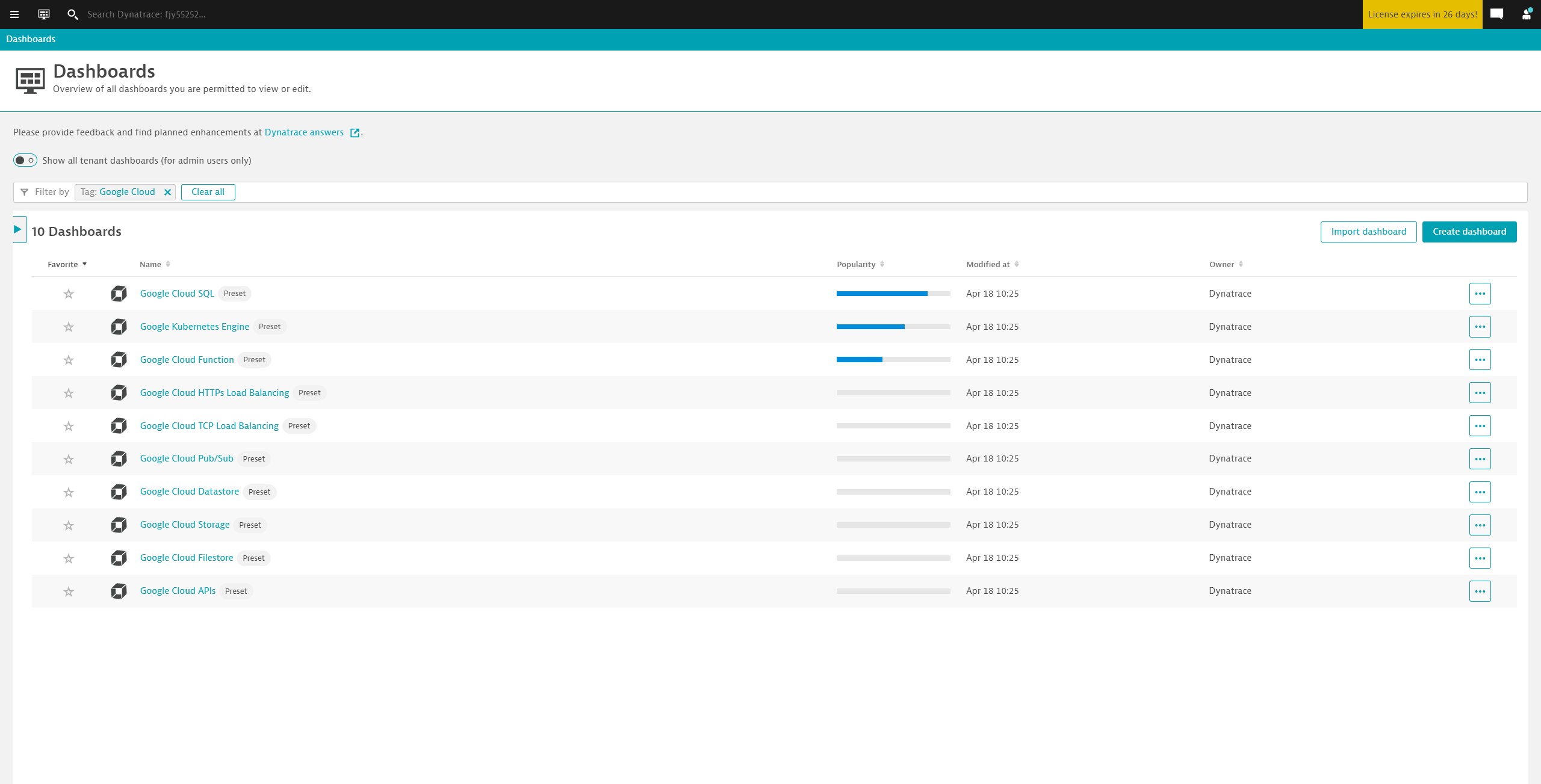 This announcement reinforces the Dynatrace strategic partnership with Google and the technology integrations and advancements the companies have made jointly over the past few years, as well as new ones to be announced in future.

Check out Dynatrace’s listing in the Google Cloud Marketplace to see how easy it is to get started.