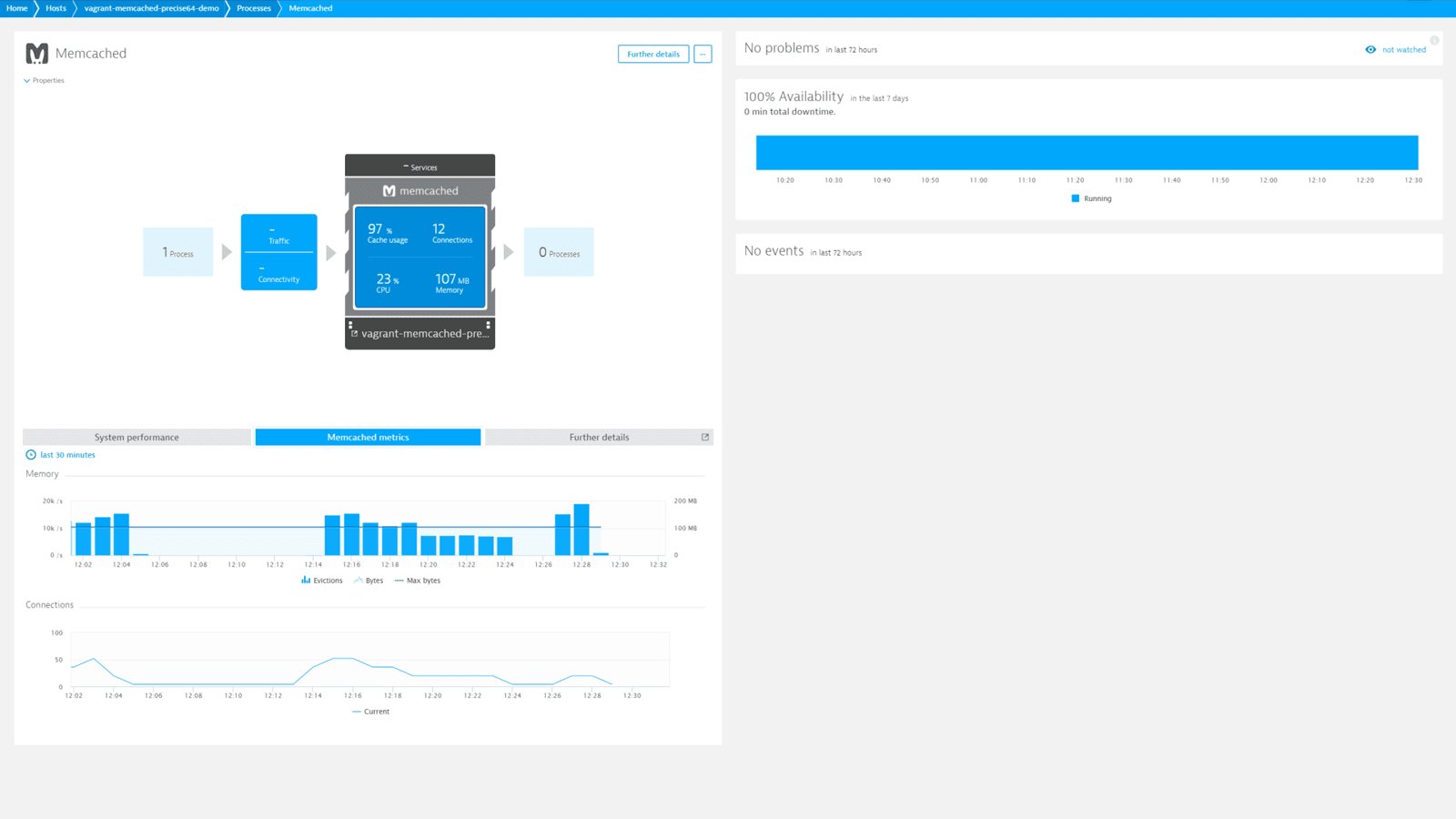 All the Memcached performance metrics you need

Dynatrace provides full stack monitoring of web applications down to the host and process levels. Monitor applications, services, processes, and hosts—all with a single tool.

“We’re intrigued by its capability to work almost out of the box as well as being able to monitor system aspects as well as application performance and user experience.”

Dynatrace smartscape technology visualizes all the dependencies between your applications, services, processes, and more. 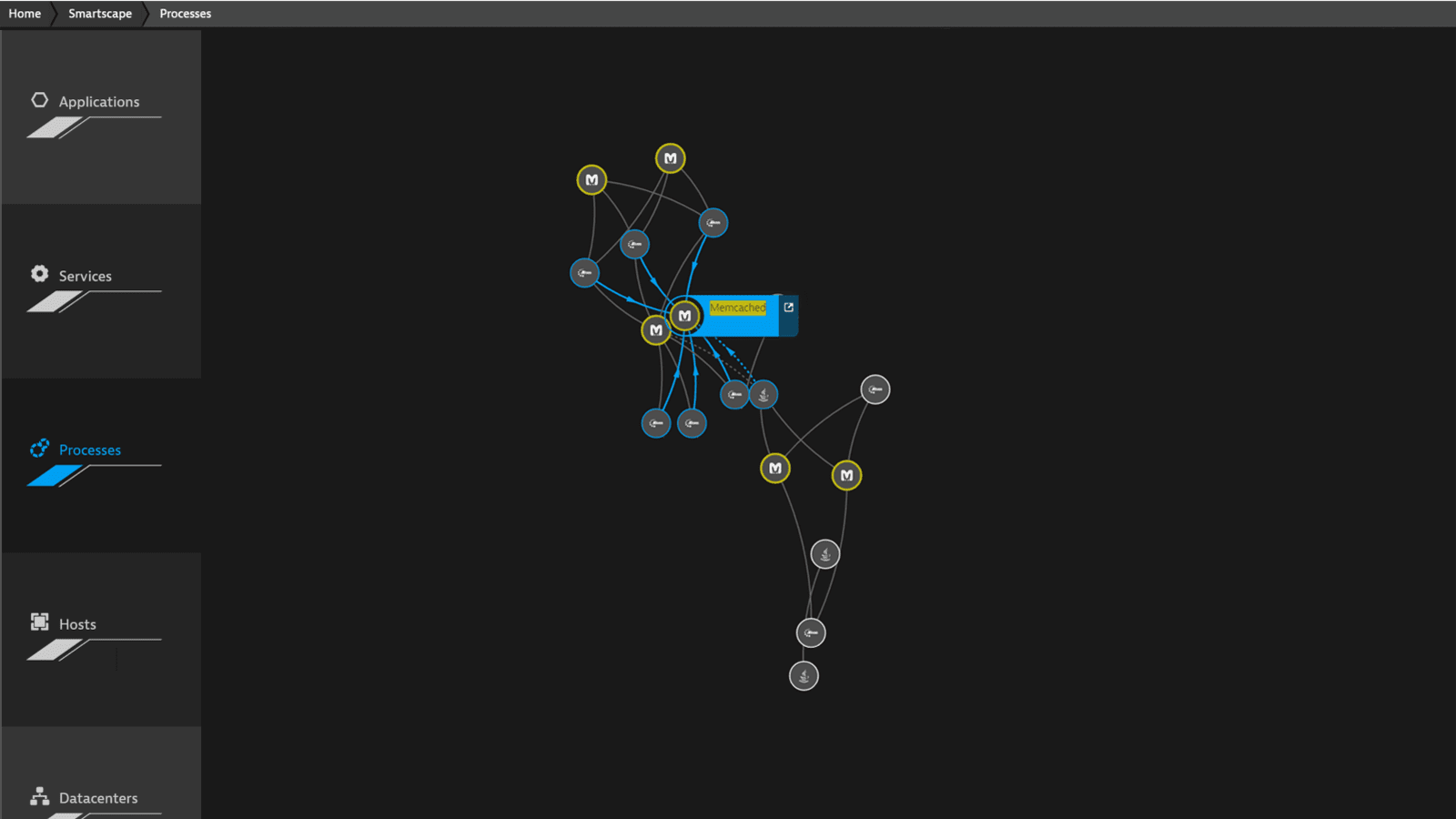 Memcached is an open source, high-performance distributed memory object caching system. Though generic in nature, Memcached is designed to speed up dynamic web applications by alleviating database load. Memcached is an in-memory key-value store for small chunks of data (for example, strings and objects) that are utilized in database calls, API calls, and page renderings.

Start Memcached performance monitoring in under 5 minutes with our free trial!