Recently, after an unusual year for most, Dynatrace was joined by Grant Hedley, from Laithwaite’s, and a range of customers and prospects from the financial services and media industries for a return to normality – Drinking wine.

The primary theme of the event was transforming faster with automation and AI. This has never been so prevalent in the market as much as it has been the past year. Even the wine industry heavily utilizes monitoring, automation, and AI to produce the drink we all love. Sensors are used in the soil to give insights into soil quality, temperatures, level of water, and so on. This in turn enables them to know what needs to be watered and when. AI and satellite imaging then go even further to identify where poor and strong yields are. With the amount of drinking, we have all been doing during lockdowns, this level of automation is the only way wineries and Laithwaite’s have been able to keep up with the amount being consumed across the world.

Part of the event included a customer panel with speakers including, Lawrence Barratt, Service Monitoring Solutions Engineer at Covéa Insurance, Service Lead at a large financial institution, and Steve Amos, IT Experience Manager at Vitality.

Steve Amos, IT Experience Manager at Vitality spoke about how the health and life insurance market is now busier than ever. As a company, that ethos is provided by a points-based system for health. By going to the gym, vouchers were rewarded such as cinema tickets, but the pandemic made both impossible tasks to do. Vitality had to respond quickly to this change by signing up new partners and developing new ways of incorporating rewards.

It took Vitality less than three weeks to bring out Vitality@Home, after recruiting new partners for exercise tracking, such as Peloton, and new rewards including home movies. Steve discussed how the speed of implementation was aided by utilizing Dynatrace in non-production environments to speed up the development lifecycle and ensure performance and stability once released. Initially, there was an expectation that remote working would make this almost impossible, especially as teams were used to going into a room to whiteboard development and architecture. However, having remote meeting software with all the data at their fingertips was apparently all they required to quickly and efficiently pull this off.

Lawrence Barratt, Senior Monitoring Solutions Engineer at Covéa Insurance, was next up on the panel, discussing how the company went from a 25 screen NOC with lots of dashboards and desks behind them, to being completely digital and remote almost overnight.

The company had to rethink how dashboards, alerts, and troubleshooting were handled. Event management was critical, utilizing Dynatrace’s AI to automatically detect problems as well as the root cause before sending them to ServiceNow where they could be routed to the appropriate team. The removal of noise, configuration, and manual setup they had before Dynatrace was key to this. With the increase of in-the-home insurance claims, there was a large push for getting claim handling done online, rather than via the phone. The online process needed to be smooth, with no issues as it only takes one bad experience to either change provider or at least moves to the more costly route via the phone. This responsibility was felt by all teams, which meant an increase in the desire to have Dynatrace monitoring their applications.

The level of automation and out-of-the-box capability is what Lawrence was most impressed by. When Covéa first deployed Dynatrace it took less than three hours to get everything deployed and it automatically notified the team of an issue where a particular button was not working. Now, they can ensure that these types of issues are not pushed into production in the first place.

The final member of the panel was Service Lead at a large financial institution. The key change that the customer panelist discussed was how the pandemic enabled the bank to focus on cloud migrations and re-platforming of applications.

Even more important than the automatic discovery of new containers and services for the large financial institution was the automatic end-to-end tracing providing visibility of its connections with the upstream and downstream components. With large and complex banking applications it’s easy for changes to have a knock-on effect on other components up/downstream. In the past, each of these components was like a black box with a different tool owned by a different team and as such, every problem resulted in very large war rooms.

Automation is core throughout this process: auto-detection, auto-incident-creation, auto-escalation, in some areas auto-remediation, and even auto-resolver-assignment. The large financial institution utilizes Dynatrace tags when sent into ServiceNow to automate assigning these incidents to the correct resolver. This helps ensure that the incidents get to the right people as quickly as possible so that they can be resolved.

After Grant walked us through the third and final wine of the evening, the floor was opened to a Q&A session. Many questions were about wine, ranging from Grant’s favorite wine to what his thoughts were on English wine to what temperature wine should be served at, but there were also questions around automation and AI. The questions tended to focus on what to do first in terms of increasing automation but also increasing adoption, especially in the engineering teams.

A customer panelist stated that automation from a deployment perspective was key to being able to deploy it out to thousands of hosts. Although Dynatrace does a lot of the deployment automation on a host, the key is how to deliver it to all these hosts in a way that works for your organization, such as packaging it with Terraform or Ansible. Lawrence focused more on the APIs that Dynatrace provides and how these can be utilized as part of your ecosystem to bring additional metrics into Dynatrace, but also enable Dynatrace’s data to be utilized elsewhere.

In terms of adoption and creating evangelists, Lawrence described how the engineering teams were really engaged once they could see the sheer volume of capabilities that Dynatrace had. What got them using it on a daily basis was taking a problem they were having and walking them through what the cause of this problem was and how to get there. As such, training them using real data and real issues. A customer panelist continued this by making use out of Dynatrace’s University as well as having internal drop-in sessions and coaching sessions with DynatraceOne Premium.

We would like to thank all the attendees and panelists for their participation in the session and hope that you can all automate your way to success. 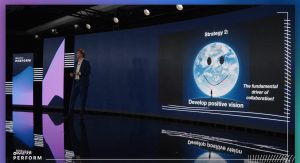