As more organizations use function as a service for effective app development, it's crucial to understand how it works, its pros and cons, and why cloud-native observability is critical for attaining peak performance.

Effective application development requires speed and specificity. Applications must work as intended and make their way through development pipelines as quickly as possible. Therefore, many organizations turn to function as a service. FaaS enables enterprises to deliver on the evolving expectations of fast and furious app development.

But what is FaaS? Before an organization moves to function as a service, it’s important to understand how it works, its benefits and challenges, its effect on scalability, and why cloud-native observability is essential for attaining peak performance.

Function as a service is a cloud computing model that runs code in small modular pieces, or microservices. FaaS enables developers to create and run a single function in the cloud using a serverless compute model. Cloud providers then manage physical hardware, virtual machines, and web server software management. This enables teams to quickly develop and test key functions without the headaches typically associated with in-house infrastructure management.

How does function as a service work?

In a FaaS model, developers can write code functions on demand, without being hindered by dependencies on existing applications. This code is then executed on remote servers in response to an event, such as users interacting with functional web elements. Once the function is completed, FaaS shuts down — unlike traditional cloud models, in which applications and services run continuously.

Monolithic architectures were commonplace with legacy, on-premises software solutions. Each part of the app was dependent on multiple other parts, meaning it either worked entirely or not at all.

Cloud computing ushered in microservices, which allow developers to build applications out of loosely connected modular service components. Function as a service takes this approach further by breaking down microservices into specific functions, which users can create and call on demand.

How FaaS fits in with SaaS, PaaS, and IaaS

Cloud computing features a growing mix of as-a-service offerings that create an alphabet soup of acronyms, such as IaaS, SaaS, and PaaS. But how does FaaS fit in?

FaaS, on the other hand, takes the PaaS approach one step further. Function as a service allows companies to develop and deploy specific functions that underpin larger applications, and then activate them on demand.

Breaking down the benefits of function as a service

Many organizations use function as a service when migrating to the cloud or for RESTful and event-driven applications. FaaS offers several advantages, including the following:

Consider the challenges of function as a service

While FaaS offers many benefits for organizations, there are also potential challenges to consider. These include the following:

How does function as a service affect scalability?

Scalability is a major concern for organizations contemplating an application migration. Consider a monolithic application, for example, designed to perform a host of functions. Monolithic applications are often an all-or-nothing approach. Scaling one aspect means scaling everything, or the entire application gets out of balance.

Microservices, on the other hand, make it possible to quickly scale up a single aspect of an application, such as storage or compute use. FaaS drills down even deeper to scale specific aspects of storage, compute, or other services. This, in turn, helps to maximize resource use.

There’s no one-size-fits-all approach to function as a service. Some developers prefer to create a host of functions that support multiple microservices and larger apps, while others prefer to use FaaS sparingly.

However, the following best practices can help FaaS fit your organization’s needs:

How cloud-native observability can help

Given the granular nature of FaaS functions and the fact that they only activate when called, visibility is often the biggest frustration in high-speed application development. But AI-driven solutions that empower cloud-native observability can help your team keep tabs on functions across multiple serverless cloud applications. This creates a clear picture of what’s been developed, what needs to be completed, and what’s working as intended. 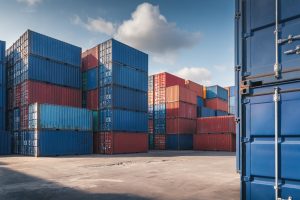 What is container as a service? How CaaS compares to PaaS, IaaS, and FaaS