Dynatrace OneAgent allows you to track each request from end-to-end, following individual messages across queues. This enables Davis®, the Dynatrace AI causation engine, to automatically identify the root causes of detected problems even in the most complex business processes and large microservices landscapes.

OneAgent also enables you to analyze transactions using powerful analysis features like service flow and the service-level backtrace. For supported messaging services, including IBM MQ, Dynatrace automatically detects and monitors queues and messages in your applications.

IBM MQ request tracing for Java has been in silent Beta for a while now. IBM MQ is special for us because it connects the distributed world (Linux, Windows, microservices) with IBM Integration Bus and the IBM mainframe world. While it does support message headers, which are used by conventional queuing systems, you can’t rely on message headers always being available. Additionally, IBM MQ is often used to connect to 30-, 40-, or even 50-year old mainframe applications—applications that can’t deal with message headers. As such, IBM MQ support had to be developed with extra care.

All services that use an IBM MQ are listed in the Sends to queue and Receives from queue sections of the related service overview page.

Then enable the Java IBM MQ tracing or .NET messaging IBM MQ options as required. Click the Save changes button.

With end-to-end request queue tracing enabled, the Service flow and PurePath views now trace messages wherever they lead. This results in an end-to-end view of each message trace, as long as each message is sent and received within the same queue (see example below).

This means that Service-level backtraces can also now follow messages backward, to their origins.

And, of course, when you look at a single PurePath you can now understand the end-to-end flow of the message.

This new functionality works for JMS-based applications and Java applications that use the IBM MQ client library. If you use IBM MQ via JMS, our solution will work out-of-the-box. If you use the IBM MQ Java client directly, you’ll need to define a custom service for the message handler so that each method call handles a single IBM MQ message.

We’re also proud to announce the Beta availability of IBM MQ end-to-end tracing for .NET. In recent years, .NET and .NET Core applications have become more and more popular as a front-end for banking applications. These applications still need to connect to the business applications running in more traditional setups however (for example, IBM WebSphere, IBM Integration Bus, or CICS on the mainframe). This feature enables you and the Dynatrace AI causation engine to bridge these two worlds. 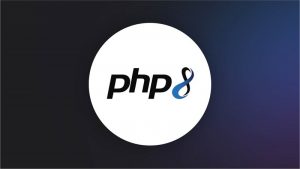