At Dynatrace’s 2020 Perform Conference, we shared approaches for how our customers are using Dynatrace to help them “Release Better Software Faster”.  One highlight from the conference was the introduction of the open-source project called Keptn which Dynatrace is leading.

Keptn is an event-based platform for continuous delivery and automated operations to help developers focus on code instead of witting tons of configuration and pipeline files. It helps organizations deliver cloud-native applications by reducing the maintenance of complex pipelines.

However, we know that not everyone is ready just yet for full-scale Keptn. So, in this blog, I’ll share how to create and use Jenkins shared libraries to provide an easy way to integrate Jenkins pipelines, to Dynatrace using Dynatrace’s Application Programming Interface (API).

But first, let me explain a little about Jenkins code libraries and the Dynatrace API.

Jenkins support shared libraries that can be defined within external source control repositories, such as GitHub, and loaded when the pipeline jobs run. Library code is developed using the Groovy programming language which is aimed at improving developer productivity thanks to a concise, familiar, and easy to learn syntax.

The Dynatrace API is used to automate your monitoring tasks, export different types of data into your third-party reporting and analysis tools, and to integrate into workflow tools such as Jenkins.  API communication ensures safety by using secured communication via the HTTPS protocol.

Broadly, the Dynatrace API is broken into two categories: Environment and Configuration. Each category has a collection of interfaces that retrieve, add, update, and delete data within Dynatrace.

Here are just a few use cases made possible from these APIs within a pipeline:

I’m going to use the Dynatrace Event API as an example because it’s the easiest way to get started and adds tremendous value with just one API call.

The Dynatrace event API call is a single web request. The Dynatrace environment has an API endpoint and the API Token is passed in along with the payload of the HTTP POST request. The example below shows the request for the CUSTOM_DEPLOYMENT event for the event shown above, using the Unix curl utility. 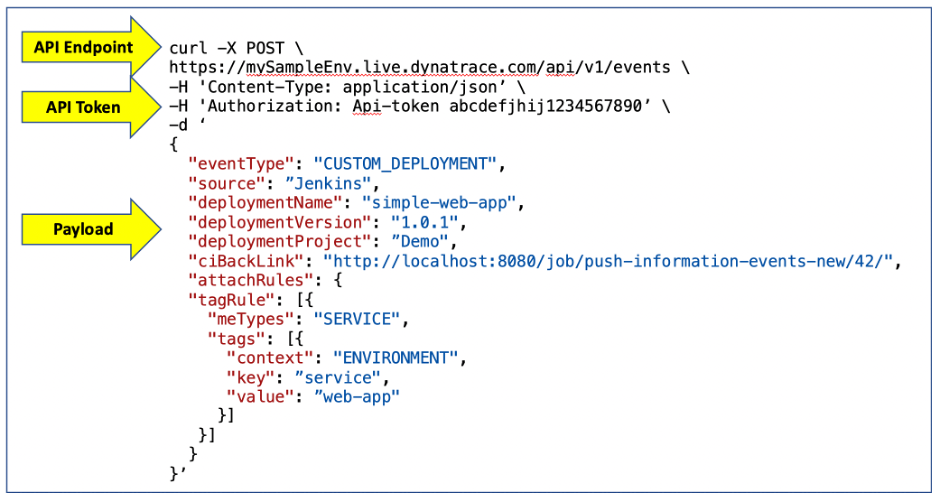 Information events are viewable on the host, process, and services within Dynatrace. Below is an example of a deployment event that was created from that API call with all the detail for the source, version, and pipeline job that performed the deployment. 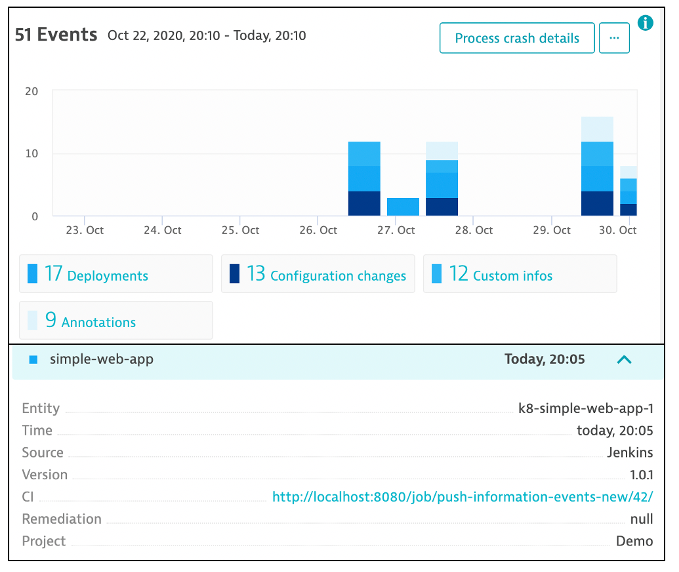 Information events can be added to existing Jenkins pipelines to the steps where code is deployed, and performance tested. The diagram below demonstrates this: 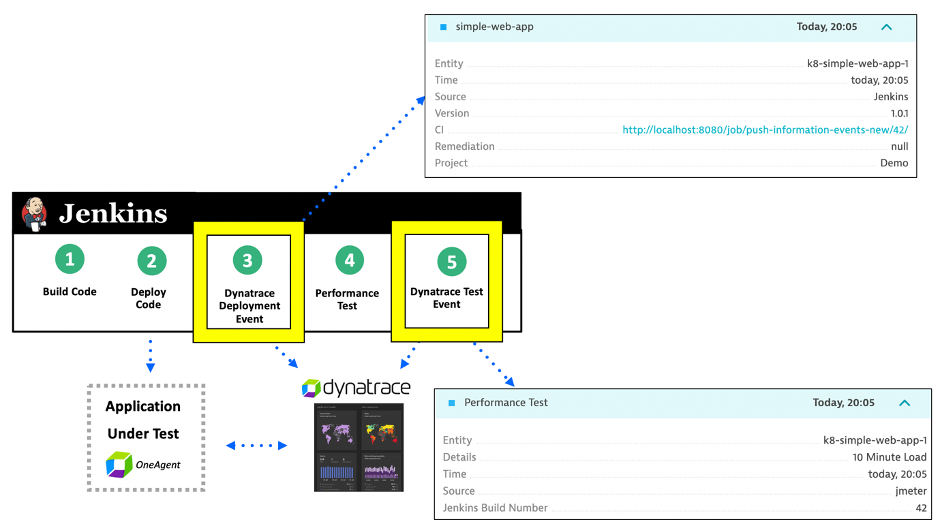 Another bonus of these information events is that they can be incorporated into a root cause problem determined Dynatrace’s AI engine, Davis®. Below is an example Dynatrace problem card with both custom info events (#1) and deployment events (#2) for a service. 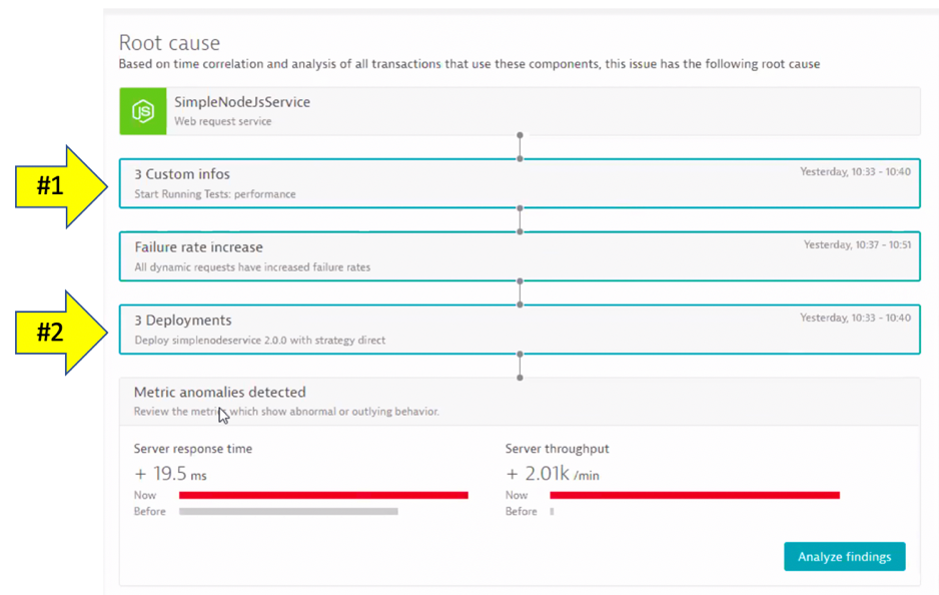 Now when you get alerted about an issue, you immediately see that a load test or deployment took place – AND – in one click you can review the system, job, and team responsible!

The Dynatrace Jenkins library for this example is available in this GitHub repo. Within the library, functions were created for each Dynatrace event type:

Each function accepts parameters for the Dynatrace API URL, Dynatrace API token, and required event properties such as description, source, and type that the API expects.

This repo has detailed setup instructions and usage examples, but I will cover a few highlights of this process.

#2 Configure Jenkins with the Dynatrace API token and URL

Values such as tokens, passwords, and URLs are best maintained outside the pipeline scripts as both a security best practice and to allow centralized management of these secrets.

One way to maintain these secrets is to set them as Jenkins environment variables in the Global properties section of Jenkins.  But, a more secure way is to use Jenkins Global credentials since the Jenkins will mask the value for the secrets within Jenkins pipeline execution logs.

The screenshot below shows the Dynatrace API URL and API Token configured as two Global Credentials within Jenkins.

To use a Jenkins library, a directive such as @Library(‘myLibrary’) is added to the top of a pipeline script to load the library.  The script, known as a Jenkinsfile, calls the function in the library with any required parameters.

Below is an example of a Jenkinsfile script that loads a Dynatrace library, gets the API credentials as variables, and then calls a shared library function with required parameters for creating a Dynatrace Deployment event. 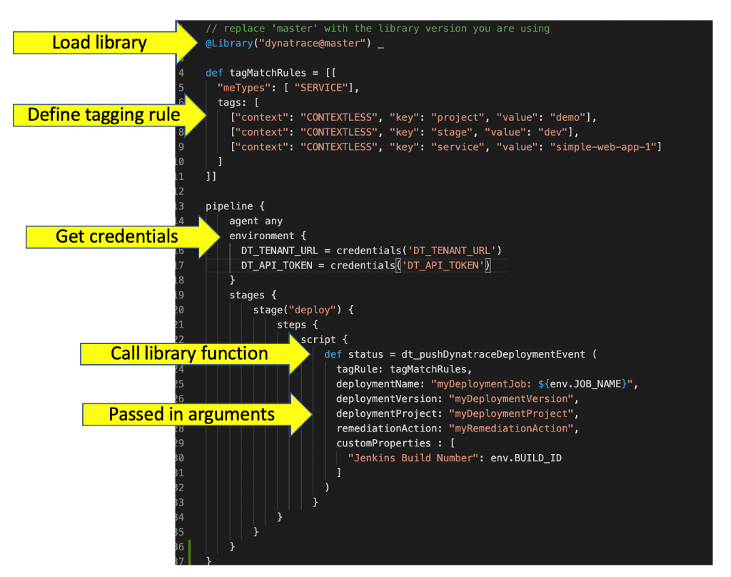 When you’re ready to try out Keptn, see this shared Jenkins library that can be used to integrate Jenkins to Keptn.  The diagram below shows how this shared library provides an additional layer of automation of higher-level use cases.

All the code referenced in this blog is open-source so that you can re-use and contribute back your improvements.

What I have shown are just some examples of what’s possible with the Dynatrace API. Be sure to check out our other blogs, videos, and presentations on the subject of DevOps for more use cases for delivering software faster and with higher quality. 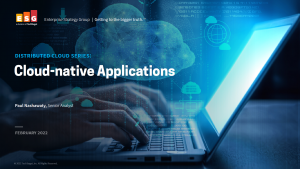 May 4, 2022
Emory Zhao
X
Learn without boundaries at Dynatrace Perform 2023
Push your cloud past its limits with 40+ breakouts, 30+ customer speakers, and 20+ training sessions.
Register here >