Dynatrace is proud to announce the public beta release of OneAgent full-stack monitoring for AIX (available with OneAgent v1.141 and cluster 142). This announcement comes six months following the general release of AIX support for Java & IBM/Apache HTTP Server and is an important milestone towards our providing end-to-end monitoring of applications and services hosted on the AIX operating system.

The AIX full-stack OneAgent has been available to select customers through an Early Access Program over the past several months. We’ve gathered a lot of valuable feedback. Thank you to all our customers and partners who participated in the EAP!

Full stack OneAgent for AIX comes with a greatly improved installation script, similar to the script used with OneAgent for Linux. For full details, see How do I install OneAgent on AIX?

OneAgent for AIX is capable of performing a number of host-level measurements individually for all instrumented AIX hosts. Host performance is tracked across multiple Dynatrace pages, beginning with high-level health metrics on the home dashboard and extending down to dedicated pages for each of your hosts. For details on available metrics, see host performance measures.

In particular, the following metrics are collected.

CPU and memory measurements with per process resolution 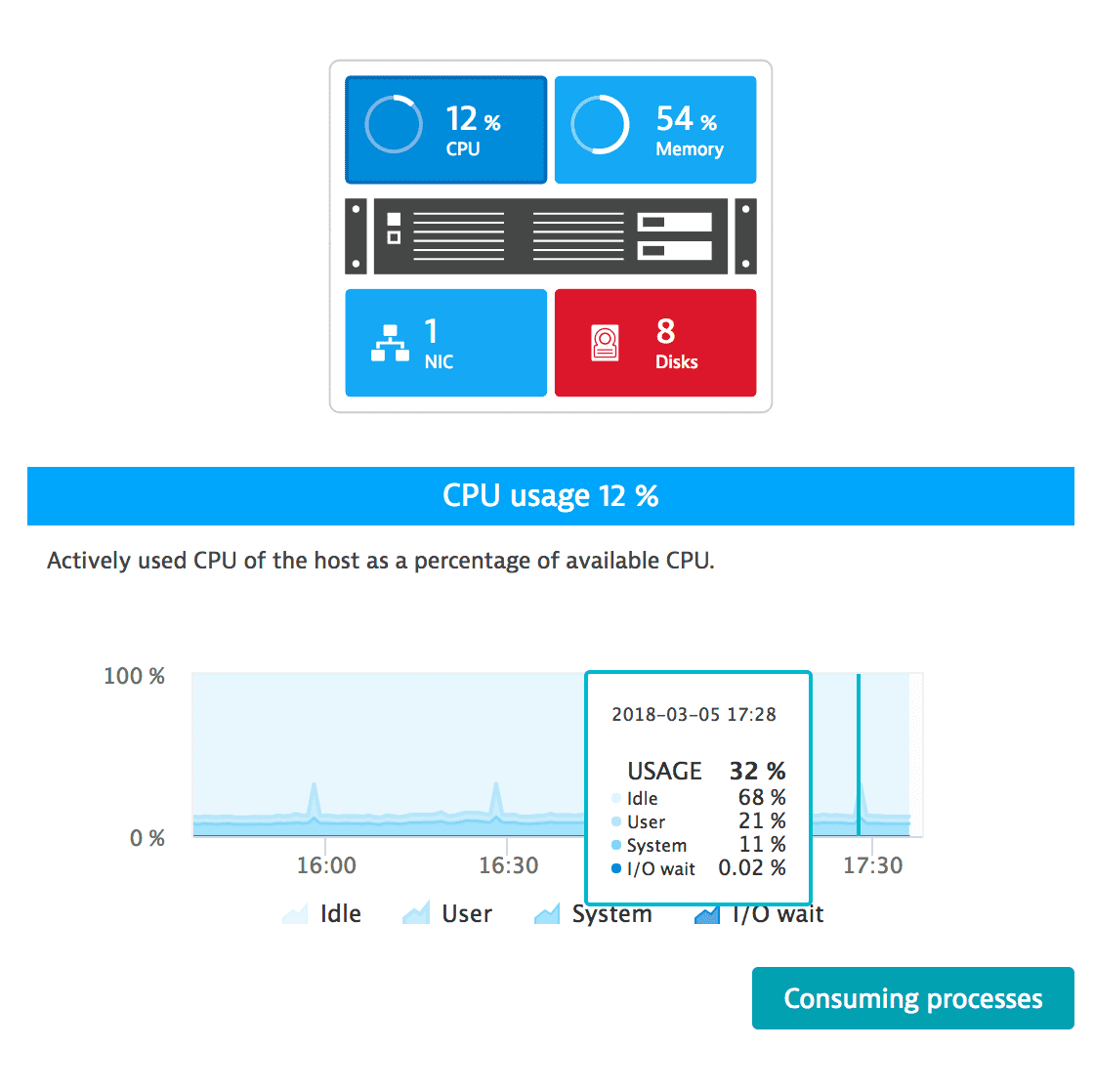 The CPU and memory measurements are provided per host, but are also available with higher granularity. The measurements are also performed for all the processes detected by OneAgent on the monitored AIX host, including, but not limited to, Java and Apache/IHS processes. 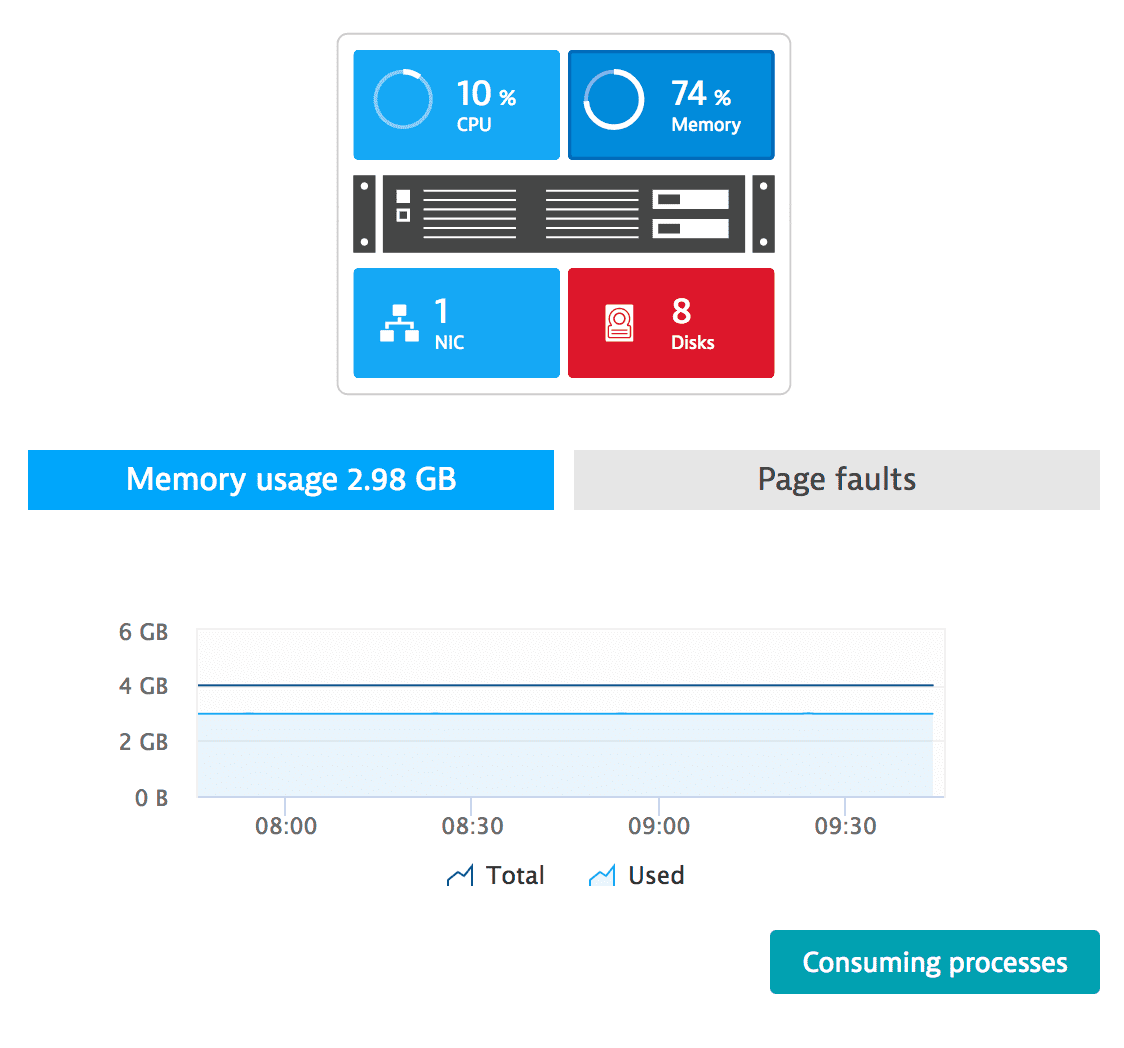 Network measurements with per interface and per process resolution

OneAgent for AIX collects a number of network metrics: input and output traffic measured in bytes and packets, retransmissions, as well as connectivity. 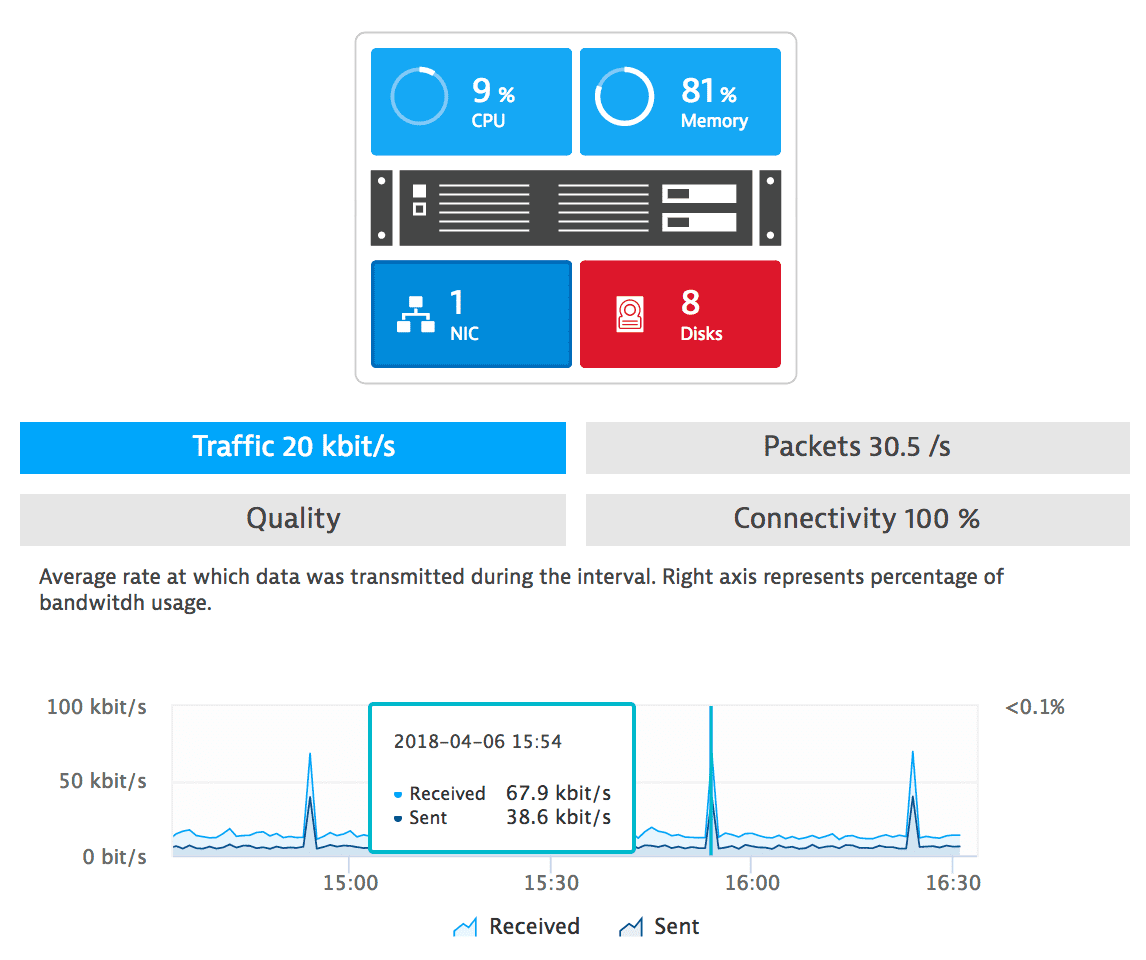 In addition to collecting network metrics for the host, OneAgent also identifies all contributing interfaces and provides a detailed breakdown of the measurements:

The network metrics are also collected for detected processes.

Disk measurements with per disk resolution 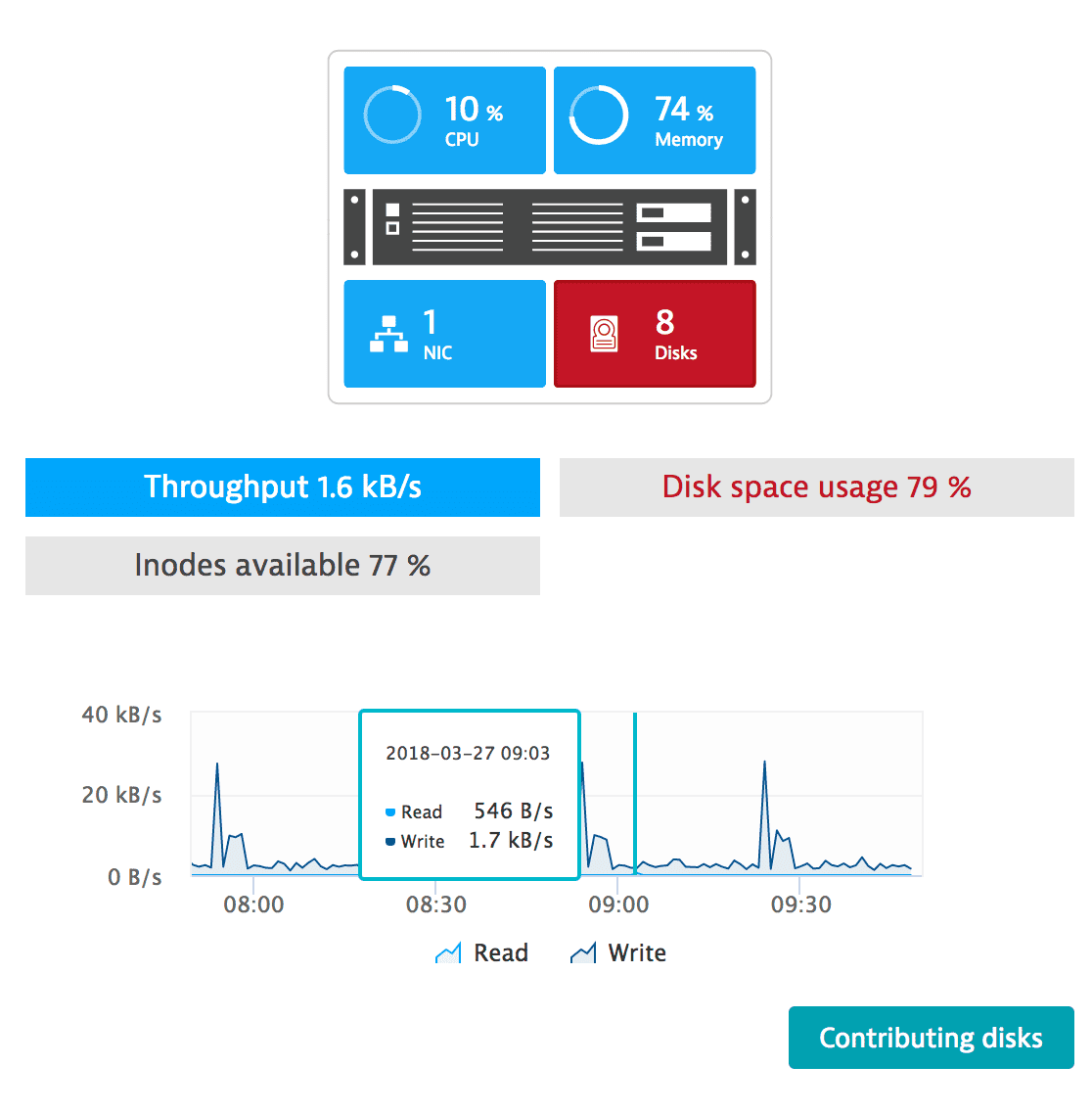 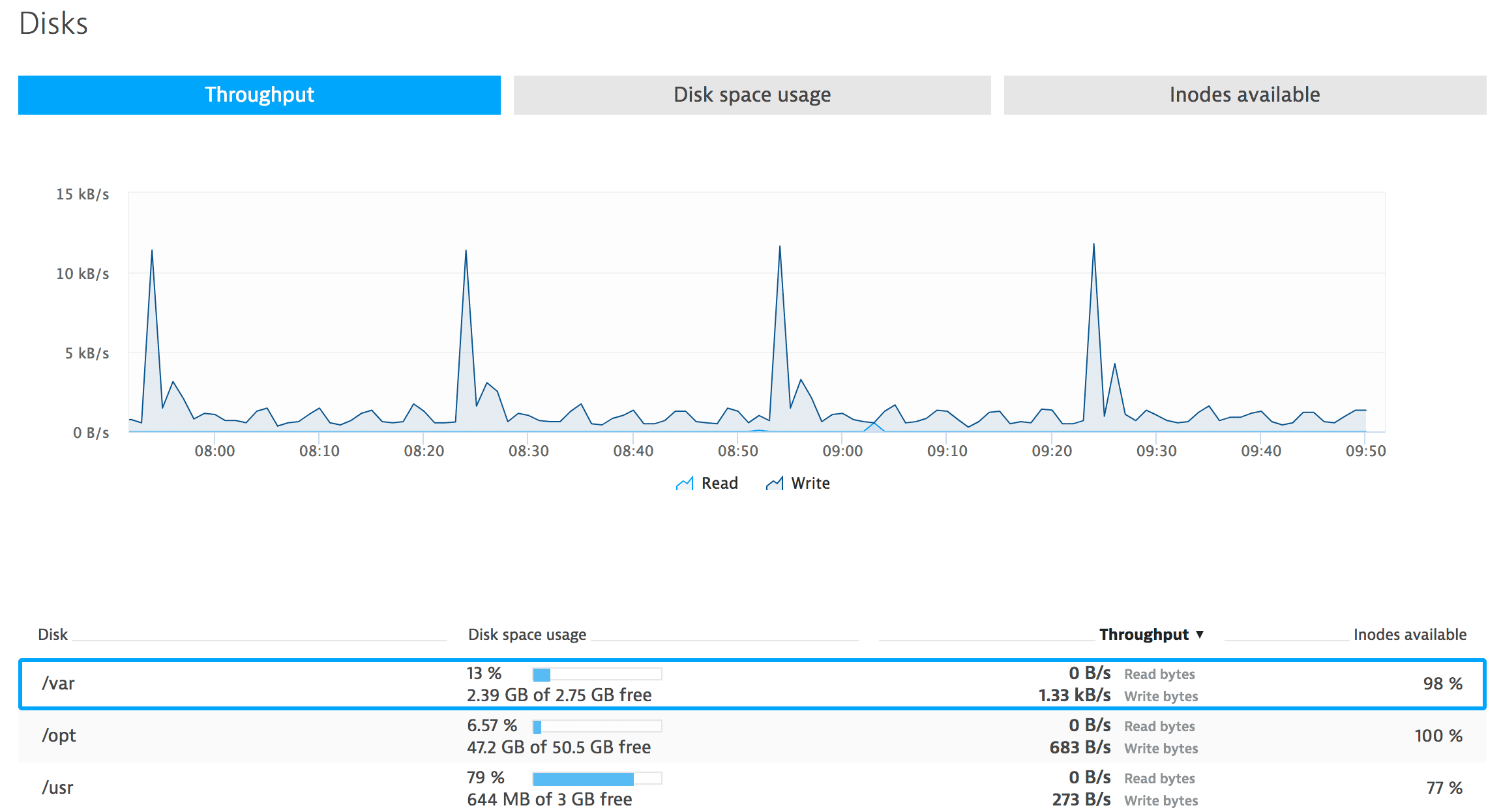 Automatic updates of all monitoring modules

Full-stack OneAgent for AIX comes equipped with an automatic update feature. Following initial deployment of OneAgent, all subsequent updates are performed automatically, with no human assistance. Similarly, as with OneAgent for Windows and Linux, you can specify that a specific version of OneAgent be deployed to your hosts, either via a global setting or per-host configuration. For details, see OneAgent automatic updates.

Limitations, as compared to OneAgent for Linux

To see the current details of everything Dynatrace supports, have a look at our supported technologies matrix.

If you have any feedback related to the AIX full-stack OneAgent beta program, please email us at aixfullstack@dynatrace.com, or open a new thread on Dynatrace Community Open Q&A with the tag “aix fullstack”.