In celebration of International Women’s Day, we’d like to shine the spotlight on our very own Anita Engleder, DevOps Lead at Dynatrace. DevOps is definitely a male-dominated domain so “doing DevOps #LikeAGirl” is no small achievement here.

I met with Anita earlier this week and asked her a few questions about the #LikeAGirl movement, working in the male-dominated tech industry, and whether or not the cliche of technicians being nerds applies to her personally.

Hey Anita, thanks for taking the time. Would you please briefly introduce yourself and tell us what you do at Dynatrace?

Sure. I’m the DevOps lead here at Dynatrace. That means I’m responsible for keeping our infrastructure up and running. So, I’m the one who pushes the “Rollout” button when we release new versions. I’m also a regular at executive staff meetings.

When did you decide to go into tech?

I don’t think going into tech was ever a conscious decision. I’ve been interested in technology for as long as I can remember. When I was a girl, I disassembled and re-assembled our trusty old Commodore 64—which was still shiny and new back then—because I was curious to see what was inside. Luckily, I didn’t break it.

Why do you think there aren’t an equal number of women and men working in tech jobs?

I’m not sure what the reason is exactly, but I do know that teenage girls usually just don’t think about going into technical careers. I’m sure that years later they often regret it.

What’s it like working in a male-dominated office environment?

In everyday routines around the office, I don’t think it makes any difference at all that I work mostly with guys. When I’m in a meeting, I’m usually the only woman in the room. I think this is an advantage in some ways because my voice is so different from the guys’ voices. I think everyone pays more attention to what I say because of it.

Have you ever felt that you weren’t taken seriously because you’re a woman?

Yes, I have, but not here at Dynatrace. Before joining Dynatrace, back during my university days, I founded a social media company with some fellow students. I could have been the company CEO, but I decided against it because I knew that some customers and business partners might prefer to see a man in the CEO position.

Is there anything you’d like to tell young women who are considering careers in technology?

I don’t know that this advice applies just to women, but most people don’t realize that tech jobs can offer a lot of flexibility. Working from home in the tech industry is quite common.

And there are so many tech jobs that smart, communicative women are qualified for. Tech businesses are built on the sharing and coordination of knowledge and skills afterall. The more you communicate, the better the results, usually.

Another thing that most people don’t realize is that tech jobs can be very creative. Programming, for example, is both an art and a craft—just as with sculpting and other artistic careers.

Last question: People working in tech jobs are often considered to be nerds. Do you think of yourself as a nerd?

No, I’m not a nerd. No way. On the other hand, I’m still quite fond of my vintage C64. I love Lord of the Rings and Star Trek. Okay, some probably might consider those things to be nerdy, but I’ve never felt that I was a nerd. 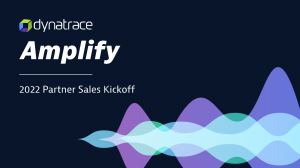 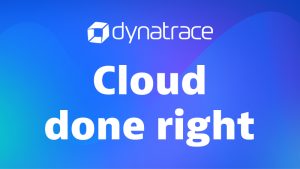