Having released this functionality in a Preview Release back in May 2019, we’re now happy to announce the General Availability of our SAP ABAP monitoring extension. This extends Dynatrace visibility into SAP ABAP performance from the infrastructure and ABAP application platform perspective.

SAP estimates that 80% of all worldwide business transactions touch SAP systems in some form. As of today, the SAP ABAP application server remains the central component of the SAP ERP solution. While depth of custom ABAP code monitoring is available from SAP Solution Manager and some specialist vendors, Dynatrace provides an AI-powered, unique type of monitoring of the ABAP platform for Operations teams:

What is ABAP platform monitoring?

The ABAP platform monitoring solution is based on the remote monitoring approach and so relies on a Dynatrace ActiveGate extension:

What you get from Dynatrace SAP ABAP platform monitoring

Dynatrace monitors and analyzes a small, handpicked number of SAP ABAP performance counters. These counters characterize base ABAP platform activities and their performance:

Platform activity and performance is reported individually for each monitored SAP ABAP server. 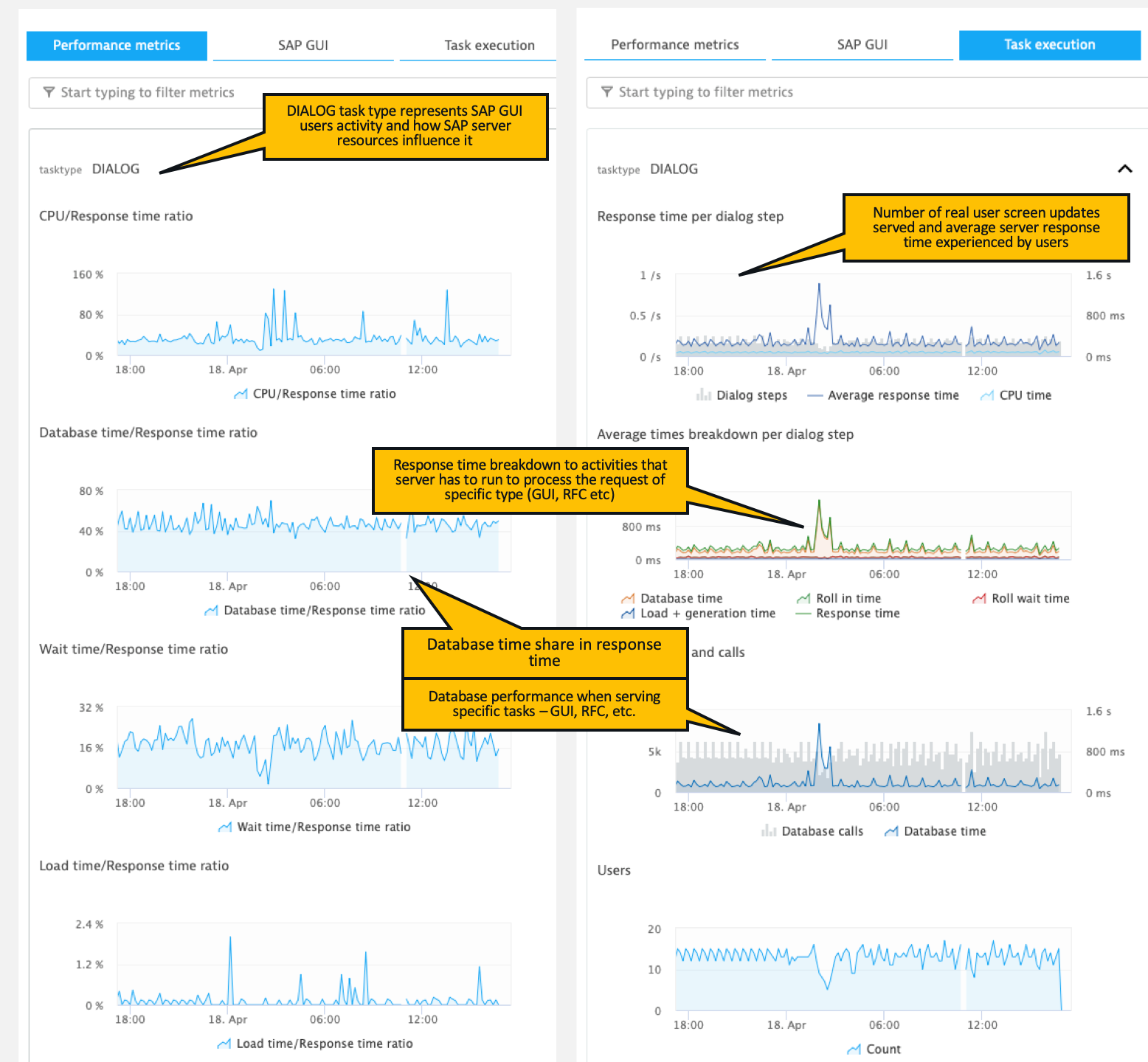 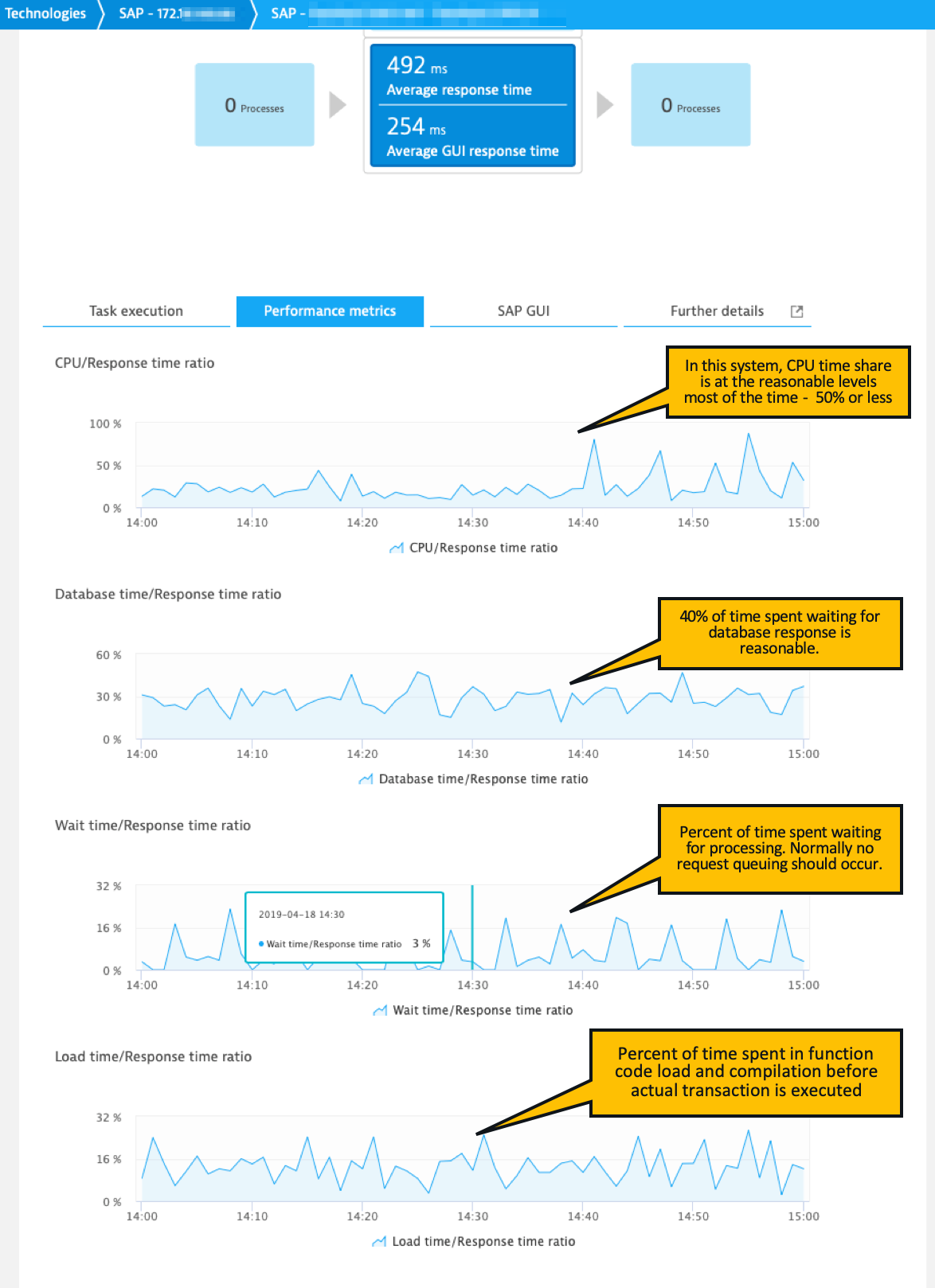 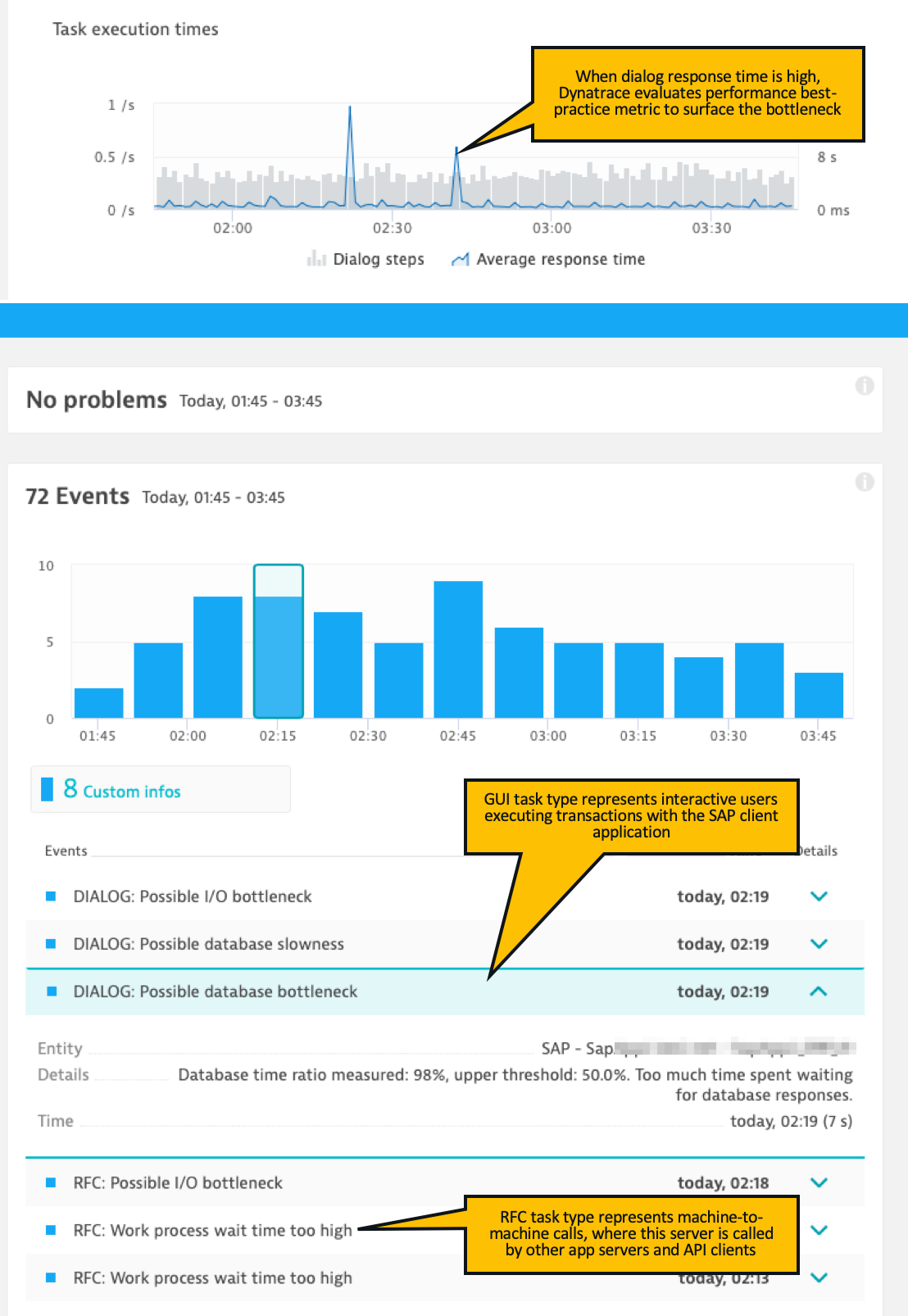 When OneAgent is (optionally) installed on SAP servers, it recognizes SAP processes running on the servers and reports these under the same SAP technology group as the extension. With OneAgent added to SAP monitoring, Dynatrace can surface topological dependencies of the SAP and its connected systems and processes:

Combined views enable IT Operations and SAP Basis teams to start with the same base for troubleshooting SAP performance bottlenecks and planning for future growth. 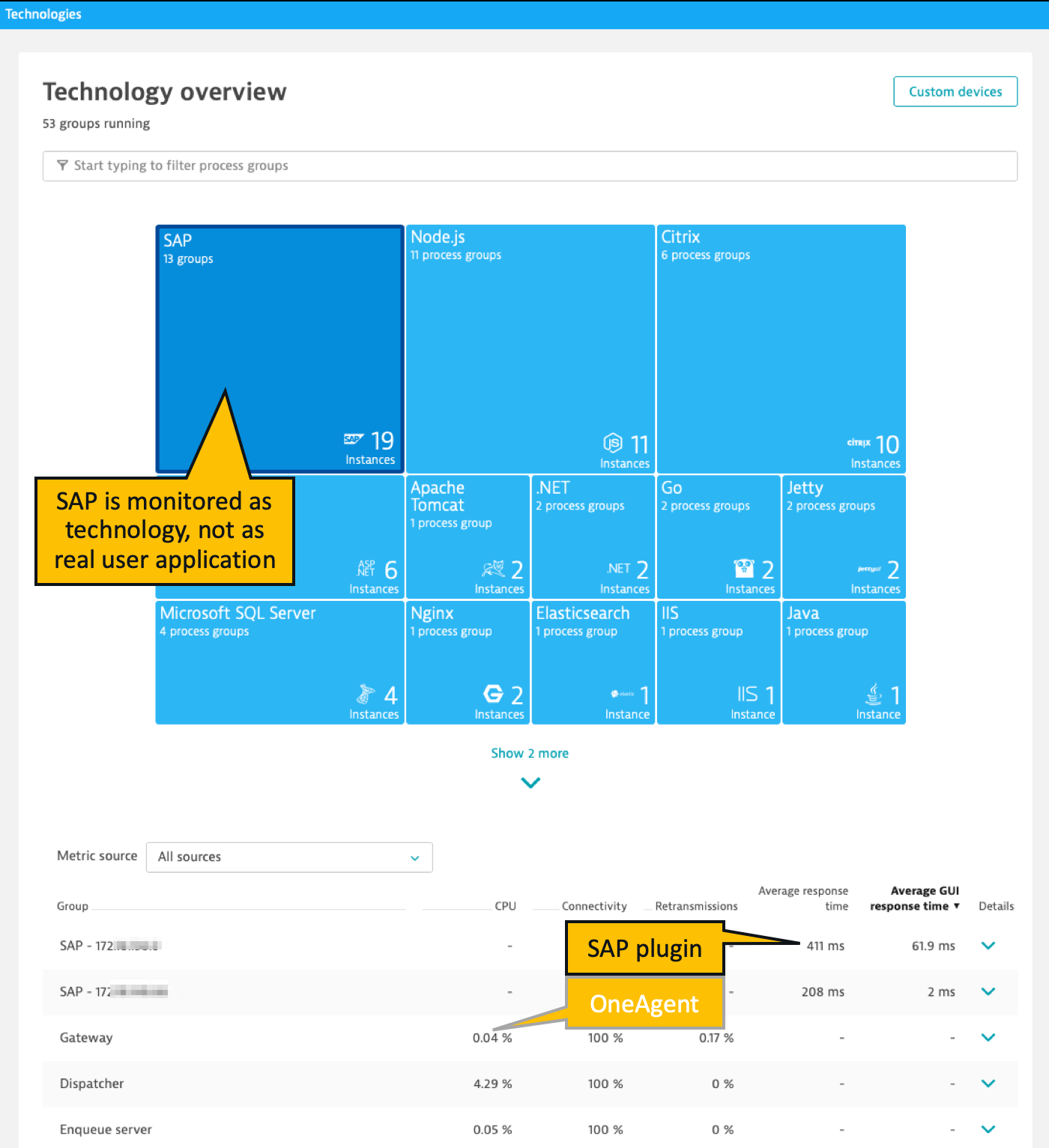 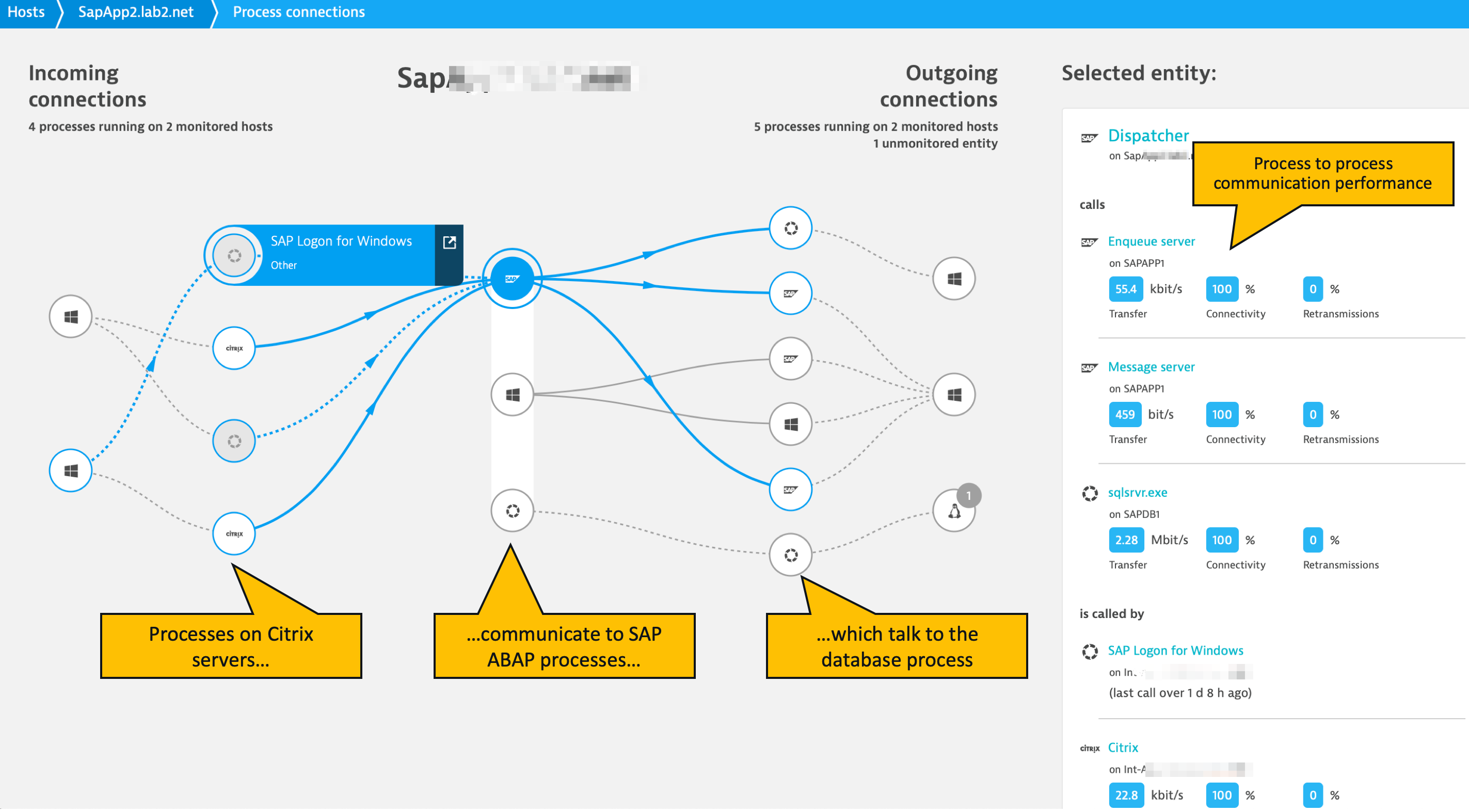 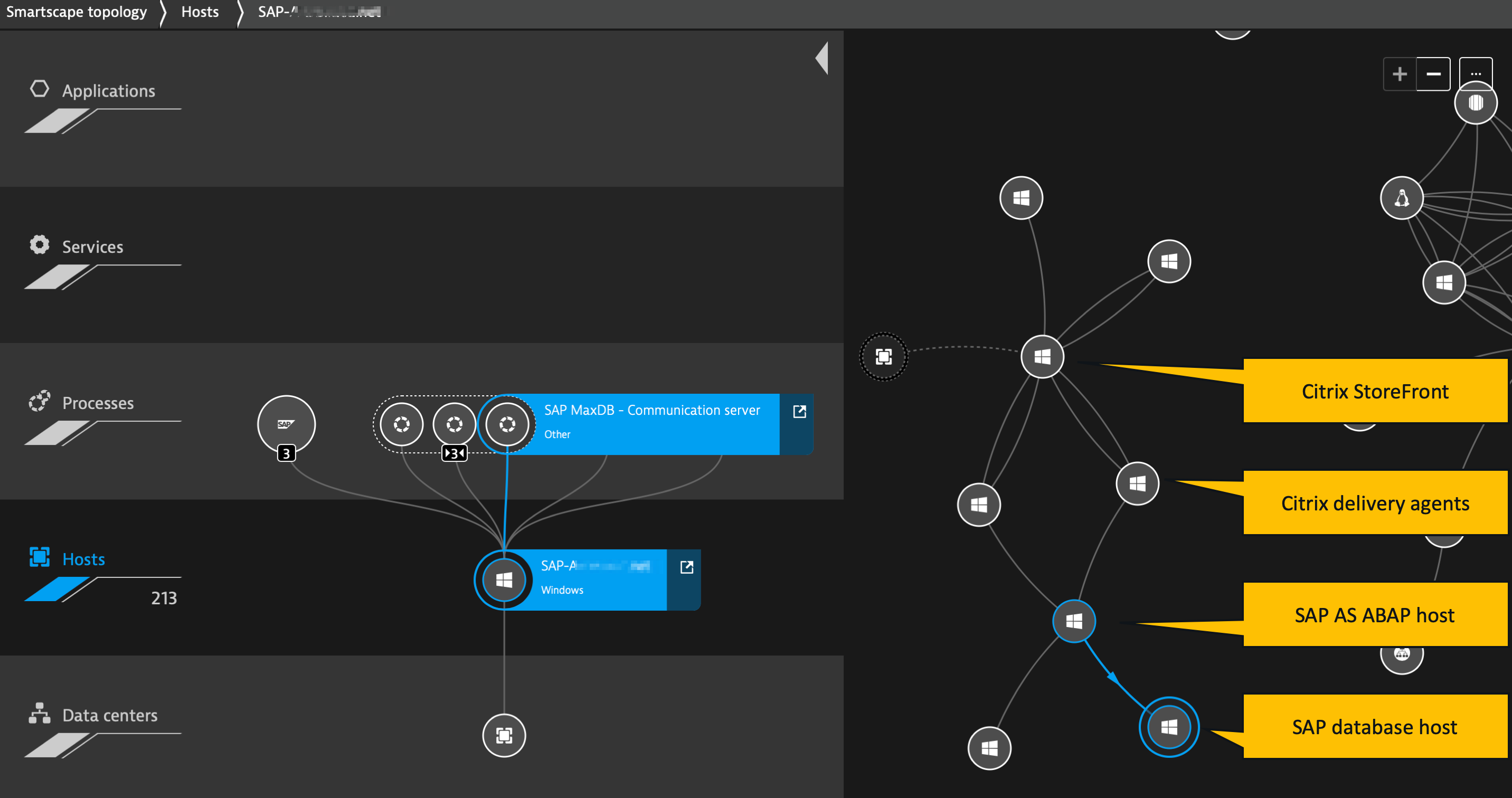 The SAP ABAP platform ActiveGate extension is developed by Dynatrace and is easy to deploy—see our documentation for details.

Prerequisites include remote access to the SAP ABAP server over RFC, with users permitted to execute standard monitoring functions:

The quickest way to get started is by contacting a Dynatrace ONE product specialist. Just select the chat button in the upper-right corner of the Dynatrace menu bar.