Congratulations, you’ve just hired your first Site Reliability Engineer (SRE)! What should they do first to set your organization on the path to DevOps automation?

By the time your SRE sets up these DevOps automation best practices, you have had to push unreliable releases into production. This leads to unhappy customers and loss of revenue.

To avoid this scenario, your SRE’s first step should be to employ technologies and strategies that tame the complexity of multicloud DevOps environments. Most importantly, the right modern observability platform is key to a successful DevOps and SRE implementation. Such a platform should be built upon AI and automation to provide actionable answers at every stage of the CI/CD pipeline. This platform should also support automated release monitoring and validation, and correlate build, test, deployment, and operational data in context for rich analysis.

Ideally, your SRE would implement Dynatrace, the only observability platform that combines automatic and intelligent observability with an enterprise-grade control plane—Dynatrace Cloud Automation—to automate delivery and operations.

With the right platform in place, you can instantly bootstrap SREs into an automated and intelligent release delivery and validation process.

The Release Automation solution provides an automated way of integrating releases with Dynatrace without making changes to deployment configurations. Dynatrace supports three release detection strategies, two of which require additional configurations. This solution, however, makes use of the third option, Events API v2. This solution takes direct details about the release, such as version, stage, identifier, and so on, to automatically push a deployment event, generate service level objectives (SLOs), and a dashboard that shows the status of processes and services.

The first step is to identify customer groups, and then the essential services and SLIs. The result is effective SLOs and a dashboard that visualizes the SLOs in context with the customer group or service. 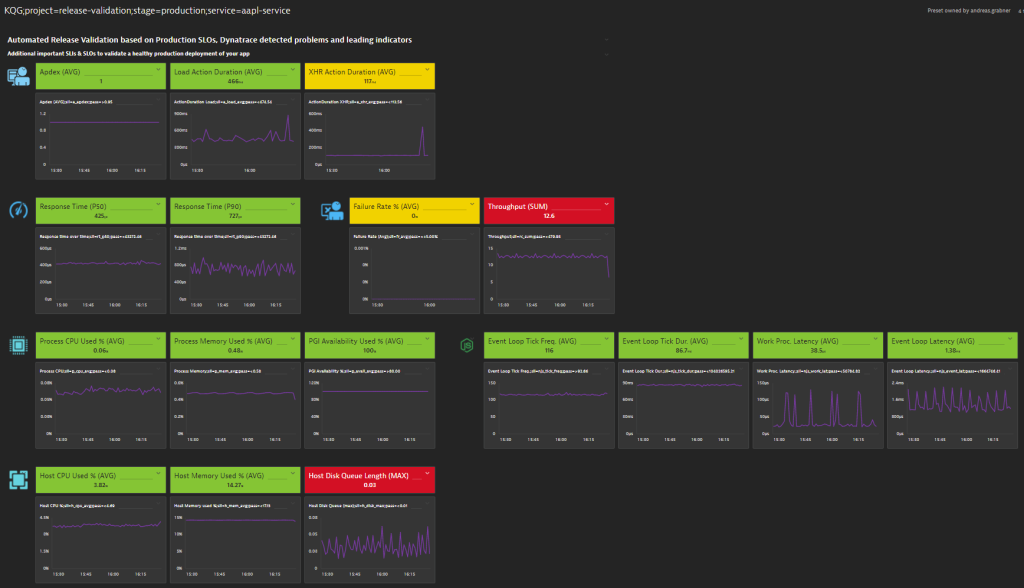 The 4 Golden Signals Service Flow solution is one of two solutions focused on Google’s four golden signals of monitoring. This solution automatically generates a dashboard representing the service flow of a given service and determines baseline thresholds for each service and signal. This dashboard is a visual aid for determining the effects of releases on dependencies among microservices. 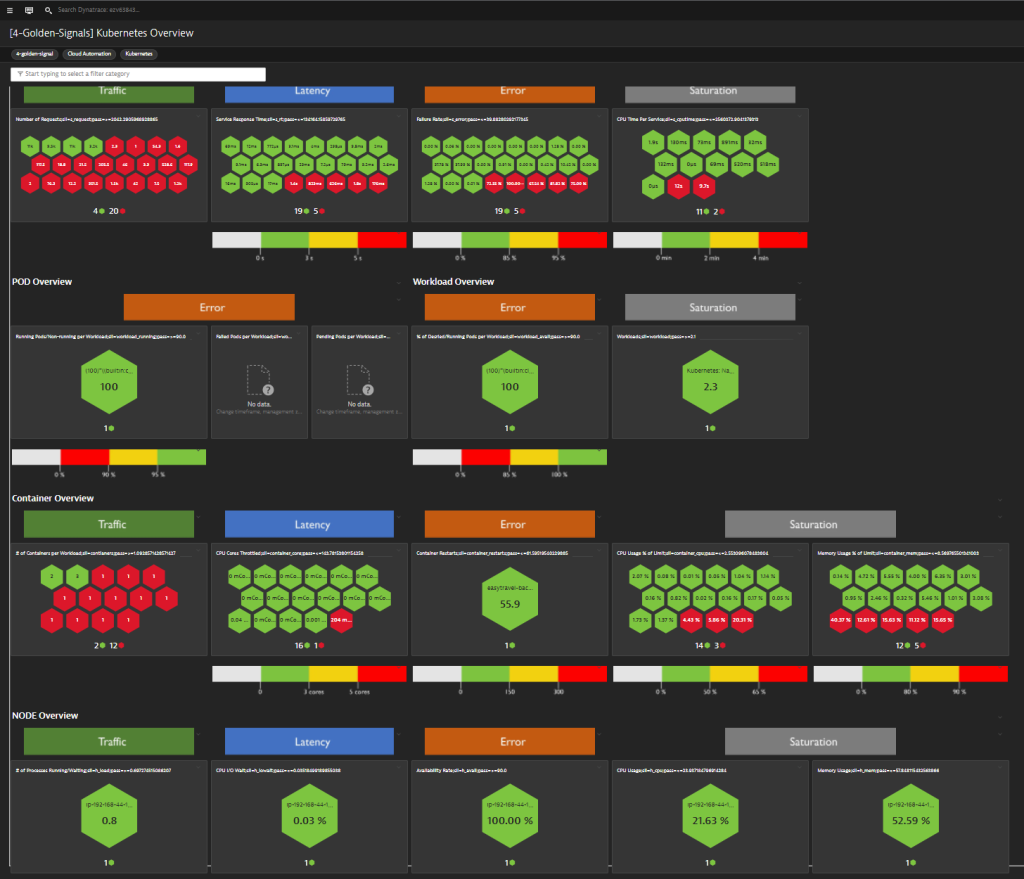 Once teams adopt an AI-driven observability platform like Dynatrace, there is no time to lose. A release will make its way into production one way or another. Make sure it is a reliable one. Dynatrace Cloud Automation gives SREs and DevOps confidence in the services they’re delivering.

As with everything, there are tried and true ways of defining SLOs. For more best practices, read the blog 7 steps to identify and implement effective Service Level Objectives (SLOs).

Also, check out this observability clinic, Unleash the Power of Events APIv2, which highlights how easy it is to implement these solutions into existing delivery pipelines.

To see how one customer implemented Dynatrace Cloud Automation to implement their own DevOps automation best practices, join us for the on-demand webinar, Successfully scaling DevOps.

How to start with SLOs to align Business, DevOps, and SREs

September 22, 2022
Saif Gunja
X
See why we're positioned furthest for Completeness of Vision
A Leader in the 2022 Gartner® Magic Quadrant™ for APM and Observability
Read the reports >