Today, every organization is a software company, driven by demands for better, more connected digital experiences. To keep up, we’ve seen growing interest in DevOps and continuous delivery, as organizations aim to deliver new digital services and experiences faster.

However, it isn’t as simple as just implementing a DevOps toolset, analyzing DevOps metrics, or investing in DevOps monitoring capabilities. Organizations first need to understand the answer to a fundamental question – what is DevOps?

Who better to offer some clarity than Gene Kim, former founder and CTO of Tripwire and DevOps enthusiast, who has written multiple books on the subject, including The DevOps Handbook and The Phoenix Project?

Kim joined us at Perform 2021, where he offered his own unique take and insight into DevOps from a career spanning 22 years.

“The DevOps movement is urgent and important,” Gene Kim said. “The last time any industry has been disrupted to the extent industries are being disrupted today was manufacturing in the 1980s, when it was revolutionized through the application of lean principles.”

“I think that’s exactly what DevOps is,” Kim continued. “Take those lean principles, apply them to technology value streams, and you end up with emergent patterns that allow organizations to do tens, hundreds, or even hundreds of thousands of deployments per day, while preserving world-class reliability, security, and stability.”

DevOps is what we aspire to

However, Gene Kim underlined there is no single definition of DevOps, referring to one of his earlier works, The DevOps Handbook, where the practice was described as “architectural practices, technical practices, and cultural norms that allow us to increase our ability to deliver applications and services quickly and safely.”

Kim said it is those conditions that enable organizations to rapidly experiment and innovate, to deliver value to their customers in the fastest possible way, while ensuring world-class security, reliability, and stability.

“Why do we care about all that?” he asked. “Because we can win in the marketplace. I love that definition, because it doesn’t actually say what DevOps is, it is what we aspire to.”

Gene Kim also offered an overview of the three main hurdles organizations experience when trying to adopt DevOps. “One is the absence of understanding of the invisible structures required to truly unleash developer productivity,” he said.

The second, according to Kim, is data being trapped in systems, taking weeks, months, or even entire quarters before it finds its way into the hands of developers to help them make decisions.

Thirdly, Kim said there’s often strong opposition to the newer ways of working that DevOps entails, and ambiguity about the role that business leaders must play in supporting the transition.

Gene Kim went on to share what he described as the biggest ‘Aha!’ moment in his career: realizing the extent to which DevOps enables the creation of business value.

This revelation, he explained, was based on a six-year research study he’d conducted on the State of DevOps Research in collaboration with Dr. Nicole Forsgren and Jez Humble, as described in their book “Accelerate: The Science of Lean Software and DevOps: Building and Scaling High Performing Technology Organizations”. According to their research, organizations that embrace DevOps on a large scale consistently outperform those that don’t.

Elaborating on the benefits of DevOps, Kim added that for high performers, “when things go wrong, which Murphy’s Law guarantees, they can fix those issues in one hour or less, three orders of magnitude faster than their peers.”

“When we looked at organizational performance, we found that high performers were twice as likely to exceed profitability, market share, and productivity goals,” Kim concluded. “So, the takeaway should be when mission achievement requires technology, DevOps helps with the achievement of those goals.”

To hear more of Gene Kim’s insight into DevOps and how you can make it a success within your own organization, watch the full interview using the local links below, and find the full list of Perform 2021 sessions here: 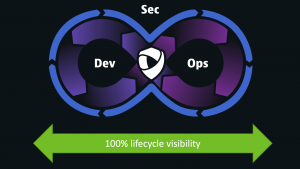 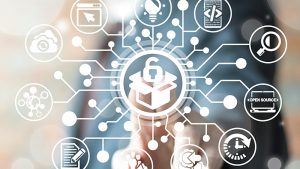