I think I can safely speak for all the frequent flyers out there when I say there’s nothing worse about traveling than finally arriving at your destination and finding out the airliner lost your bags. Or, that they do know exactly where they are… they’re on the completely wrong flight. It’s a pretty maddening thing to think about – these same companies can get hundreds of tons of metal to fly at 35,000 feet, and thousands of miles an hour to anywhere around the world, but can’t always keep tabs on a suitcase for more than a couple hours?

It’s not just annoying for passengers; it adds up the airlines’ bottom lines, too. In fact, over the past decade, the airline industry had racked up over $4 billion in costs per year because of mishandled baggage. Think about what better use that money could have been put toward. Literally anything else!

It’s because of all this that it was great getting to hear from our friend Richard Fisher on main stage at Dynatrace Perform 2018. Richard is the Senior Portfolio Manager of Application Assurance for SITA, an IT and comms provider for the airline industry, and he took to the stage in Vegas this year to explain a little about how SITA and Dynatrace are working together to make lost baggage a thing of the past. “We’ve been able to reduce the airliners’ annual mishandled bag costs from $4.2 billion in 2007, to $2.3 billion in 2016. That’s a huge reduction, and it’s thanks to the baggage management solutions that SITA provides for the industry.” – Richard Fisher, Senior Portfolio Manager, Application Assurance, SITA

SITA is all about trying to reduce airline industry costs through better, more transparent bag management. They provide a central data repository and other IT services that make it easier and more transparent than ever to track and trace bags and baggage claims via APIs and apps that can be checked on from mobile devices. Whether it’s check-in kiosks, baggage check counters or security gates, SITA technology is there and involved in some way.

You’d think baggage management should be pretty simple. Put the bag on the plane, fly it to its destination, take the bag off the plane. But, as Richard was telling us, bags trade hands many times during a traveler’s journey; there are so many stakeholders who, at some point in the process, will each take custody of your luggage for a little while before passing it off to the next pair of hands.

Given all the concerns, complaints and frustrations about missing bags, it makes sense that the #1 request from passengers is real-time baggage tracking. We want to know where our bags are, where they were last checked in, and who’s handling them at any given time.  And, it really works! From 2005 to 2016, SITA has helped reduce bag management costs by hundreds of millions of dollars, thanks to speedier and cleverer ways for tracking and tracing passenger bags. 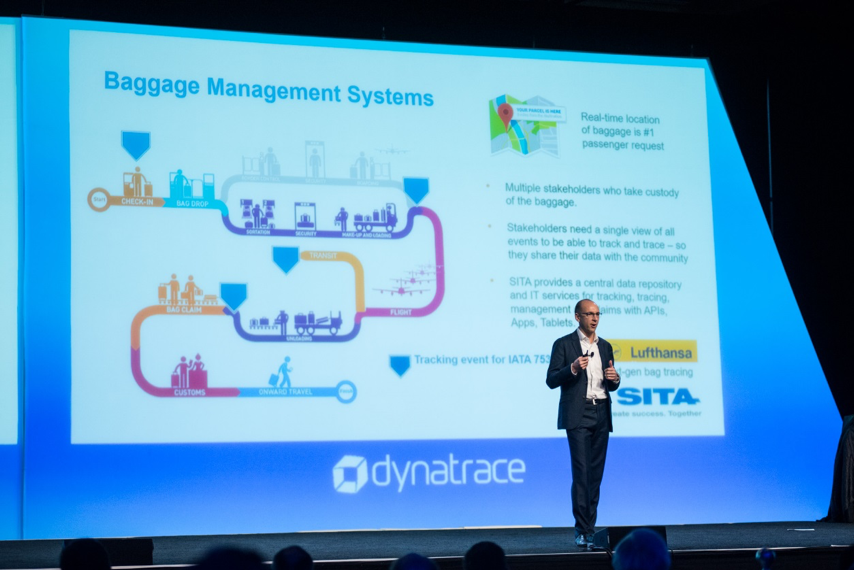 How Dynatrace is helping SITA

“It’s important who you journey with, and we’ve been working with a great team at Dynatrace over in Singapore.” – Richard Fisher, Senior Portfolio Manager, Application Assurance, SITA

Of course, one of those clever ways of improving bag track and trace is their relationship with us! SITA and Dynatrace have collaborated on performance dashboards that allow SITA to track key transactions that users make within the app. One of those transactions could be a passenger making a claim about a missing bag or tracking a bag that has been accidentally sent on the wrong flight. Richard and his team can use these dashboards to track the performance of these transactions, to make sure claims are being processed smoothly but also give airliners the heads up on a particular claim or passenger complaint.

To think of it another way: Imagine you’re taking a flight that has one or two layovers. At one of those layovers, one of the baggage containers from your previous flight doesn’t make to the next one. Maybe the crew put it on the wrong plane, maybe they just weren’t able to load it in time. Each container holds 30 bags. By the time your flight makes it to its final destination, you’re going to have a couple dozen angry passengers filing missing bag claims with the airliner. 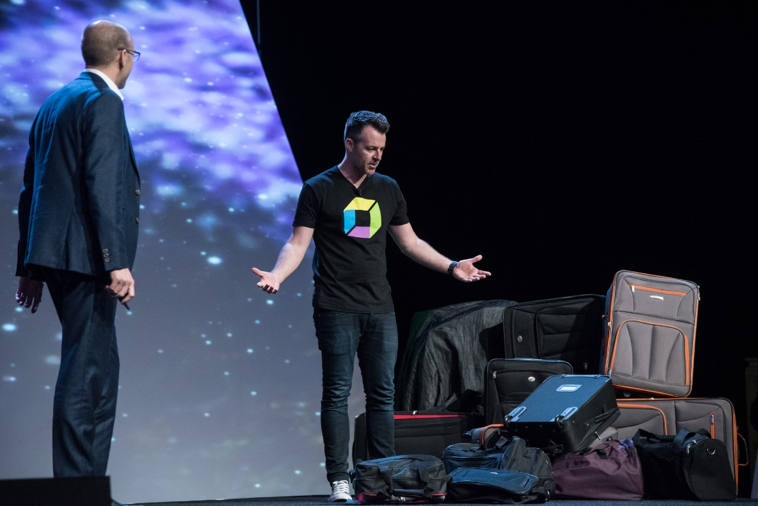 SITA, with our help, is now able to pinpoint this spike in baggage claims and flag it with the airliner. That way, by the time those 30 angry passengers are rushing the counters and demanding action, the airline has already had advance time to track the missing container, find which flight it may have gotten on instead, and more proactively address and calm the passengers’ complaints. It won’t necessarily get the missing bags to the airport any faster, but that kind of proactive response goes a long way in relieving concerns and giving customers a better experience in spite of the bad news.

I’m really just scratching the surface of Richard’s talk here. For the full presentation, make sure to sign up for our Perform 2018 highlights, where you can check out both Richard’s session and all our other great presentations from this year.