If you hadn’t already heard the news, Dynatrace was recently named to Constellation’s Q3 2018 ShortList for Digital Performance Management, which tracks all the hottest and disruptive names in the DPM space every six months. It was a great honor for Dynatrace to make the list. It also made me even more excited about the opportunity I had to connect with Ray himself, virtually face to face, to pick his brain on all things cloud complexity, digital transformation, IoT and a whole lot more. Read on for some of the key takeaways from my chat with Ray.

The biggest challenge for enterprises dealing with cloud complexity

Our conversation started off with one of enterprises’ biggest challenges today, cloud complexity, which has ripple effects that influence everything from costs to the user experience to digital performance monitoring. In fact, more than three-quarters of CIOs say it could become impossible to manage digital performance as IT complexity soars. And, Ray hit the nail on the head for what is causing this complexity: the granularity of microservices is overwhelming enterprises.

As Ray put it, think of it like you’re making a PB&J. For a company like Salesforce, whose APIs and microservices are very simple to understand, all you have to think about is your two pieces of bread, spreading the peanut butter on one, the jelly on the other and then putting them together. But, with companies like Workday, where microservices come into the picture, you start with the bread and immediately begin asking questions – How thick is the bread? Is it gluten free? Should we toast it? How dark should the toast be? Now, what about the peanut butter – chunky or creamy? Organic or not?

That’s where complexity is really causing headaches. Microservices have become so granular that the level of detail, the sheer volume of questions and considerations to make around every little thing, is completely overrunning IT.

The pressure to innovate faster

We also touched on another challenge facing businesses today, the insanely-fast pace of innovation. Software is improving all the time, and new updates are being constantly dispersed to meet their users’ needs. Building dynamic feedback loops, as Ray mentioned, is critical for enterprises to ensure they’re constantly and accurately evaluating their apps’ performance and responding accordingly. And, as Ray concluded, this trend is just not going to slow down.

Rethinking business models in the wake of the IoT

I asked Ray for his take on where IoT is going – since we’re really just at the tip of the iceberg right now – and unlike most analysts who focus on devices, sensors, networks and stacks, what Ray really honed in on was the new wave of business models being created by the IoT. Interesting, right?

To contextualize this, he brought up medical equipment providers as an example. Before IoT, these companies were all about selling million-dollar imaging machines to hospitals. But, today, hospitals aren’t buying imaging machines; they’re buying the uptime of those imaging machines. That’s a whole new kind of service, that was barely taken into consideration before. This has changed the priorities of those providers, because now they have to ensure the uptime of their machines or else they’ll be looked over. Outages or failures in that service risk, among other things, lost revenue, reputational damage and an impaired customer experience. It was interesting to think about how IoT is more than just individual devices; it’s completely reshaping entire business models.

I had a fantastic time talking with Ray, and if you want to hear the full conversation – on these topics and plenty more – check out the video below:

Make sure to check out our full research reports on the challenges that enterprises face today with cloud complexity, the speed of innovation and IoT consumer confidence, for a deeper dive into these issues. 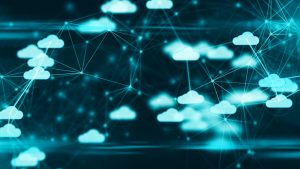 How to overcome the cloud observability wall