One of the building blocks of Google’s extended cloud offering is Google Container-Optimized OS (COS). COS is a modified and hardened version of Linux that is designed, maintained, and distributed by Google. It integrates with the Google Cloud Platform and, as the name suggests, its primary purpose is to provide an operating system layer for machines that host containers. COS is the primary operating system used for sites running Kubernetes (GKE), Cloud SQL, and other services.

Kubernetes is quickly growing in popularity. In 2017, Kubernetes became the dominant market solution for container orchestration tools, and its popularity has continued to grow in 2018. This means that the demand for identifying the root causes of performance degradations in Google COS environments is growing, too.

Deployment of OneAgent on Google COS comes with a huge benefit. The primary use case associated with COS is its ability to serve as an operating system platform for container hosting. A full-stack OneAgent deployed on COS will not only monitor Google COS as a host operating system, it will also automatically and instantaneously instrument all containers that are started on the machine, with no configuration required.

Google COS is a hardened operating system. It’s specifically designed to not allow deployment of non-containerized services. Thus, it remains clean of any side effects and post-removal residue that might have an impact on the stability and performance of the host.

But how can one install OneAgent in such an environment? The answer is simple: OneAgent can be installed via containers. This a deployment model we’ve offered for some time alongside our support for GKE environment deployment.

To date, the way this has worked is that once OneAgent is deployed as a container, it “unpacks” itself from the container to the host file system, and then operates there as a regular service. With the hardening available in Google COS, this deployment model is no longer possible. For this reason, we’ve leveraged Docker Volumes, which allows us to operate on the level of the parent host (in this case, Google COS), while keeping all binary and runtime files outside of the hardened filesystem of the parent host.

The OneAgent upgrade process is simple. Just restart the container that was used to deploy OneAgent on the COS. Each time the container is restarted, the included OneAgent installer checks for a new OneAgent version and, if one exists, deploys the new version into Docker Volumes, and performs OneAgent restart, where possible.

Our solution is currently provided within an Early Access Program. This means, that the solution is:

If you’re interested in participating in this program, please contact your Dynatrace Guardian or your Dynatrace Sales representative. We look forward to hearing your feedback on the EAP for OneAgent deployment on Google COS. 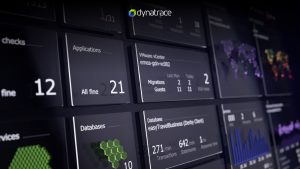 Everything you ever wanted to know about Dynatrace OS support policies