Until recently, Docker on Windows was a Command Line Interface (CLI) solution that worked on Windows but was, in fact, spinning up small Linux virtual machines and Linux containers within. It worked well but was reported by some to be unreliable at times.

These issues, among others, resulted in much wider adoption of Docker on Linux. This changed when Microsoft and Docker released a native solution for Windows in 2016 that replaced the older methods for running containers on Windows and created a better experience for developers using these platforms. Although adoption of this solution took time, the Dynatrace Docker for Windows monitoring solution is in direct response to customer requests.

Set up monitoring of Docker for Windows

The setup of Docker for Windows monitoring is as straightforward as Docker for Linux—you simply deploy OneAgent on the Windows host where the Docker containers are run and then restart the Docker service. That’s all there is to it. All containers are identified automatically, monitored, and instrumented with specific OneAgent deep-code monitoring modules based on the technologies running within the containers.

To control automation of Docker monitoring

Docker for Windows monitoring is available in a public Beta starting with OneAgent version 1.149 and cluster version 1.150. For all things supported by Dynatrace, please refer to our comprehensive support matrix. 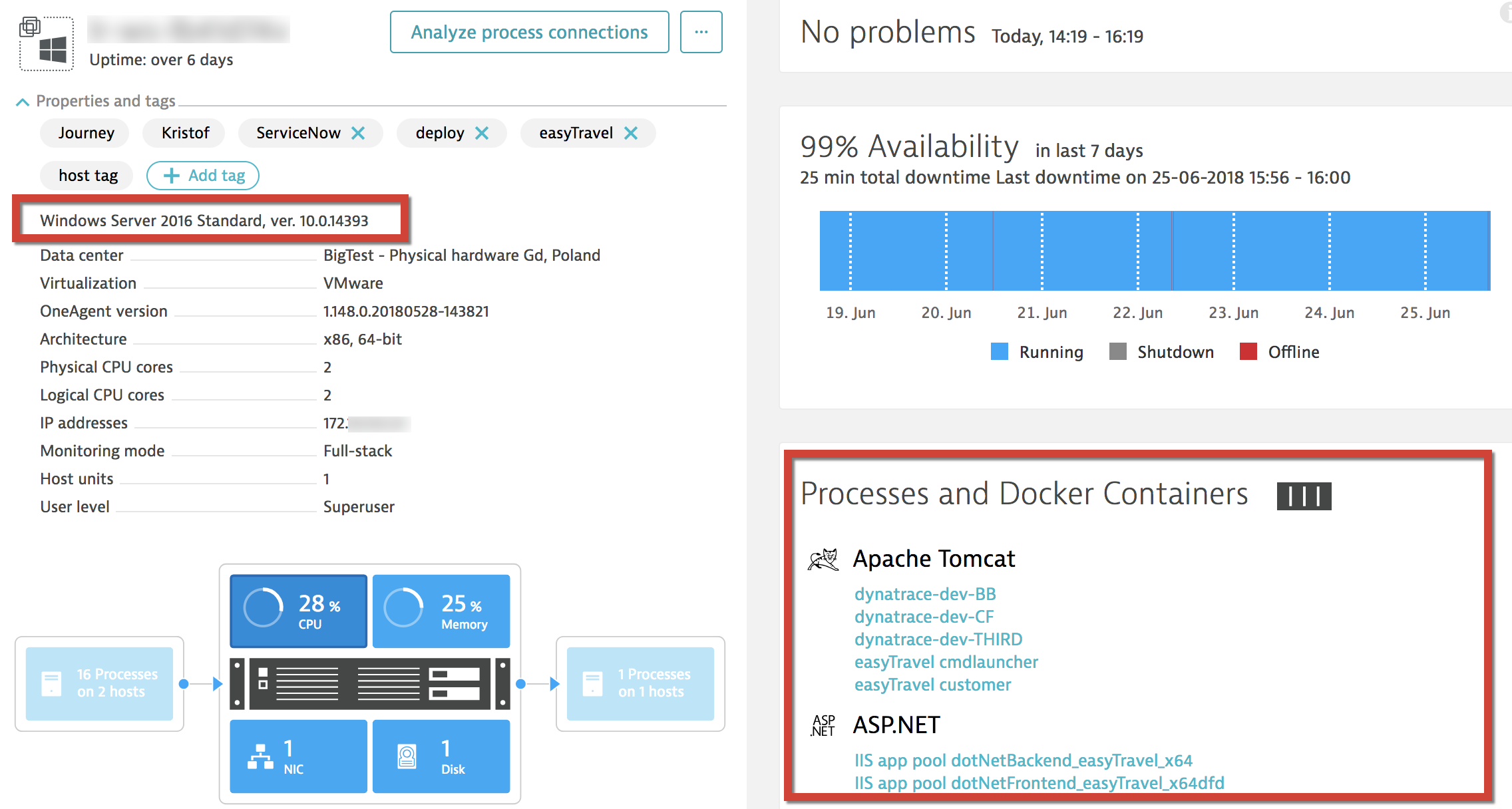 There are several important limitations: