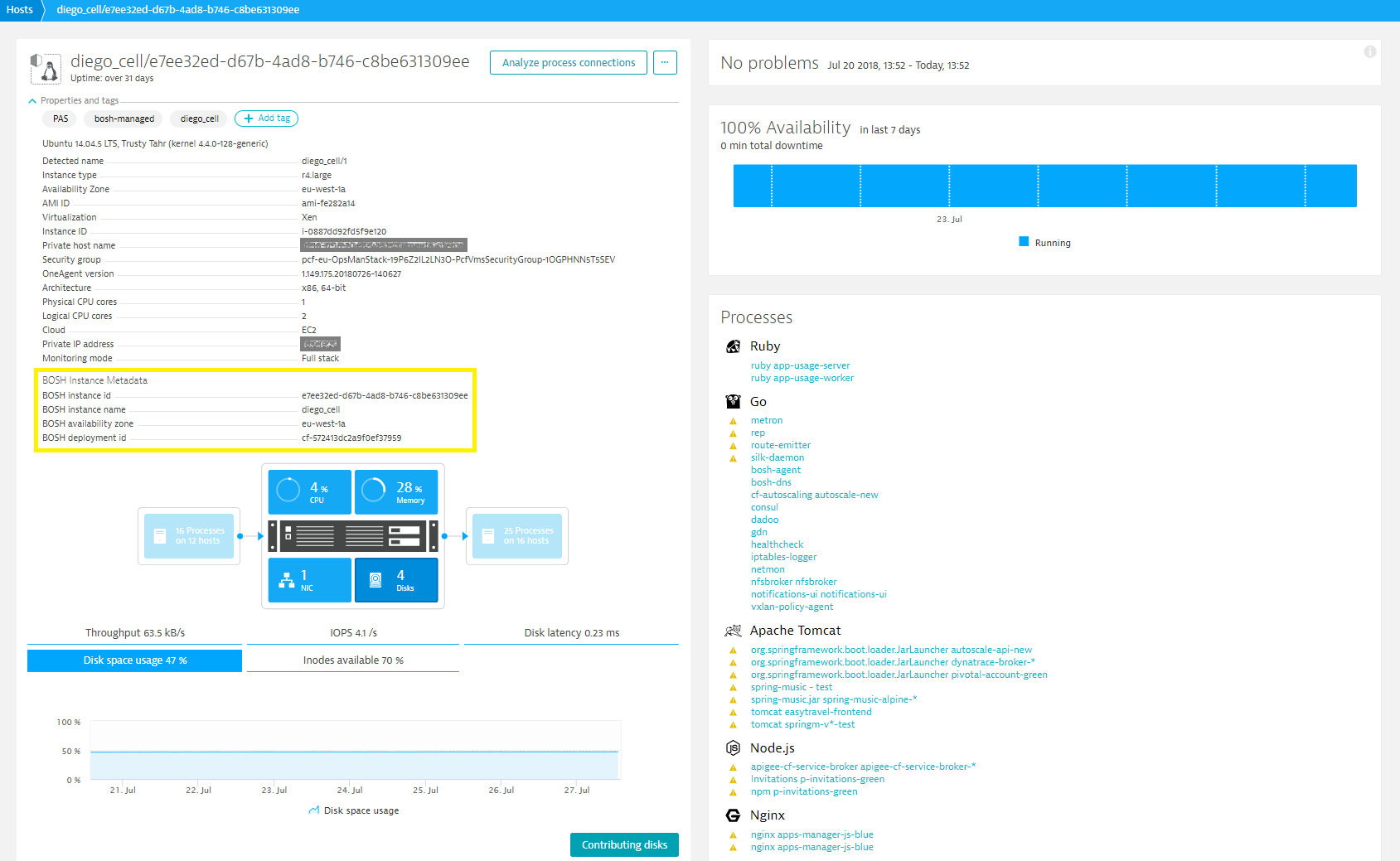 The BOSH project unifies release engineering, deployment, and lifecycle management of cloud platform software. BOSH is particularly well suited to provisioning and deploying large distributed systems. While BOSH was developed to deploy Cloud Foundry PaaS, it can be used to deploy almost any other software.

You can use the automatically discovered BOSH instance metadata to manage large Cloud Foundry environments in several ways:

Please refer to Dynatrace Help for comprehensive guidelines for organizing monitored entities in your Dynatrace environments.

We have many great new capabilities planned for Cloud Foundry monitoring with Dynatrace, so stay tuned! You’ll soon be able to fully benefit from host groups to manage your Cloud Foundry foundations.

In the meantime, let us know how you’re using BOSH instance metadata to manage your Cloud Foundry foundation in Dynatrace. Please share your feedback with us at Dynatrace Community.