Network Time Protocol is used to synchronize time across a network of computers. Time synchronization is vital to many distributed systems, including Kubernetes. You can use Dynatrace to monitor the time offset of your hosts and chart it on your dashboards.

Because Dynatrace detects host time drift, you're also able to observe NTP synchronization failures. If your host isn't synced to any NTP server, you can manually add an NTP server of your choice. Dynatrace won't synchronize time on your host, but will measure the offset.

Because the extension makes its own NTP requests, you can expect an increased load on your NTP servers of one request per host per minute. However, the absolute network overhead will likely be insignificant.

The reference servers, if available, are automatically obtained from the following sources:

If your host isn't synced with an NTP server, you can pass a comma-separated list of servers to check the time against. A server is selected at random for each request, similar to actual NTP sync operation.

You can specify the NTP servers at the environment level or for a single host.

Set the NTP servers at the environment level

Set the NTP servers for a single host

The extension collects just one metric, NTP time offset, which is the time drift from the configured time server. Drift can be positive or negative, indicating that the host is ahead of or behind the time received from the NTP server. You can access collected measurements by creating a simple chart showing the NTP time offset over time. 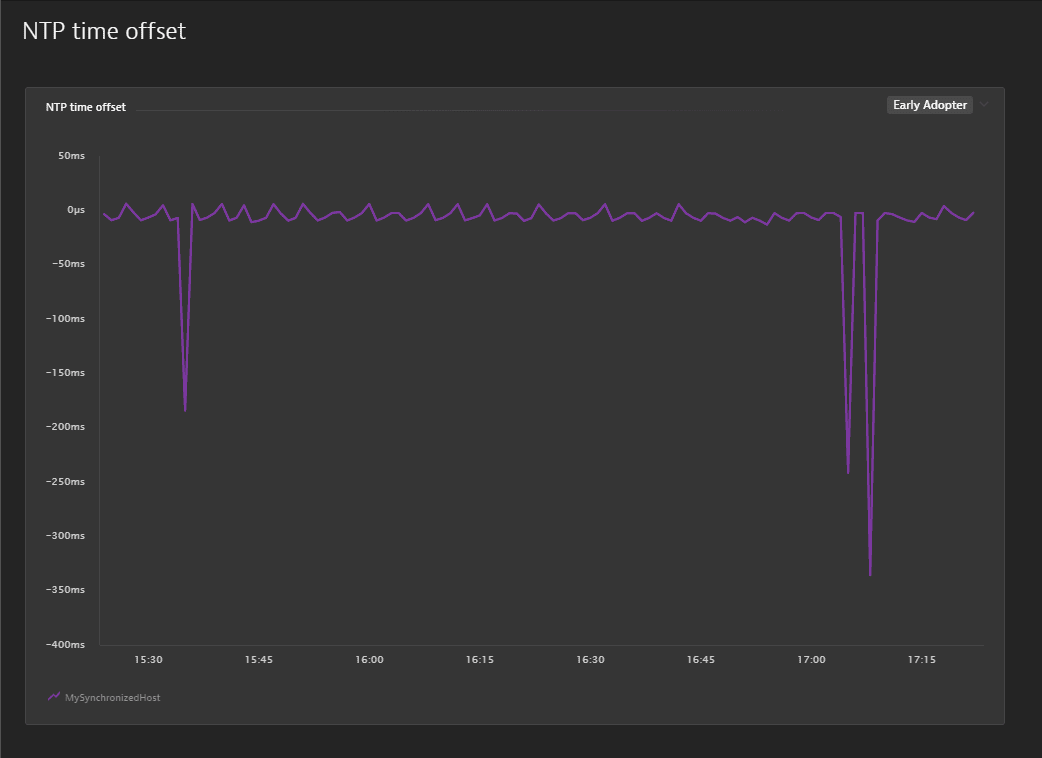