The different PHP versions have support timelines defined by PHP. Please refer to Supported PHP versions at php.net to see which versions are currently supported by PHP and when each version is planned for end of support.

If there is Early Adopter support for a PHP version, it has a separate switch that enables you to opt in or out of monitoring for that version.

To enable an Early Adopter release of PHP monitoring in Dynatrace

When OneAgent detects an unsupported PHP version, we exclude it from monitoring and display a warning in the process overview page: 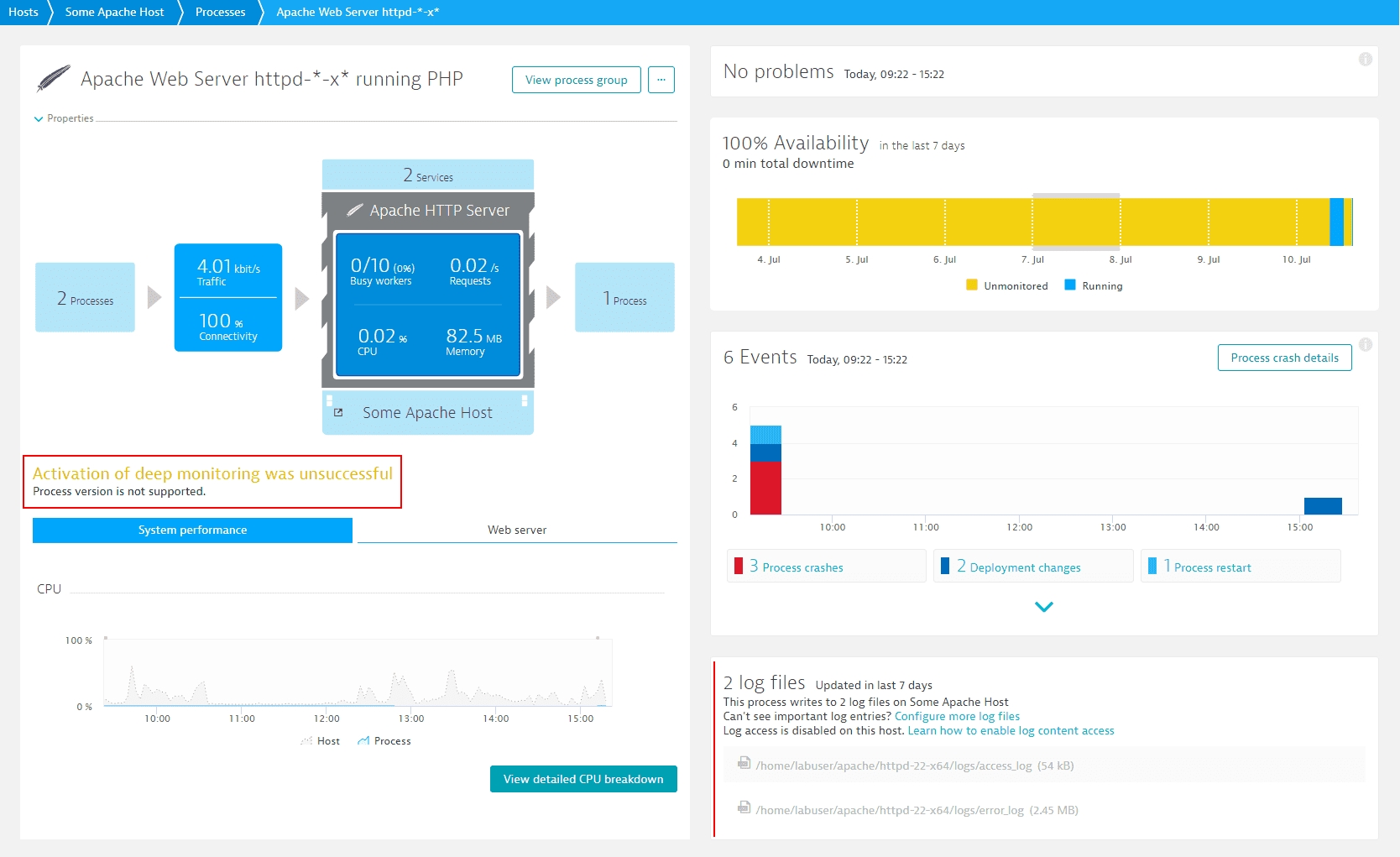 We also write the message to the error logs on the host machine.

See the environments and versions that Dynatrace supports in conjunction with PHP and the PHP supported versions.