Java harnesses the power of garbage collection to automatically keep application memory clean and healthy. However, it is not enough to keep away memory leaks.

If the issue is too little memory allocation, increase the available memory for your application: java -Xms<initial heap size> -Xmx<maximum heap size>

If that doesn’t help, you could be facing a memory leak.

How to identify memory leaks

The best practice is to check your app for memory leaks even before you put it into production. As an initial indicator, check the garbage collection metrics. Select Technologies from the navigation menu and click on a Java-based technology tile. From the process group list appearing beneath, expand the process group you want to examine and then click Process group details. Here you can analyze technology-specific metrics by selecting the respective tab. 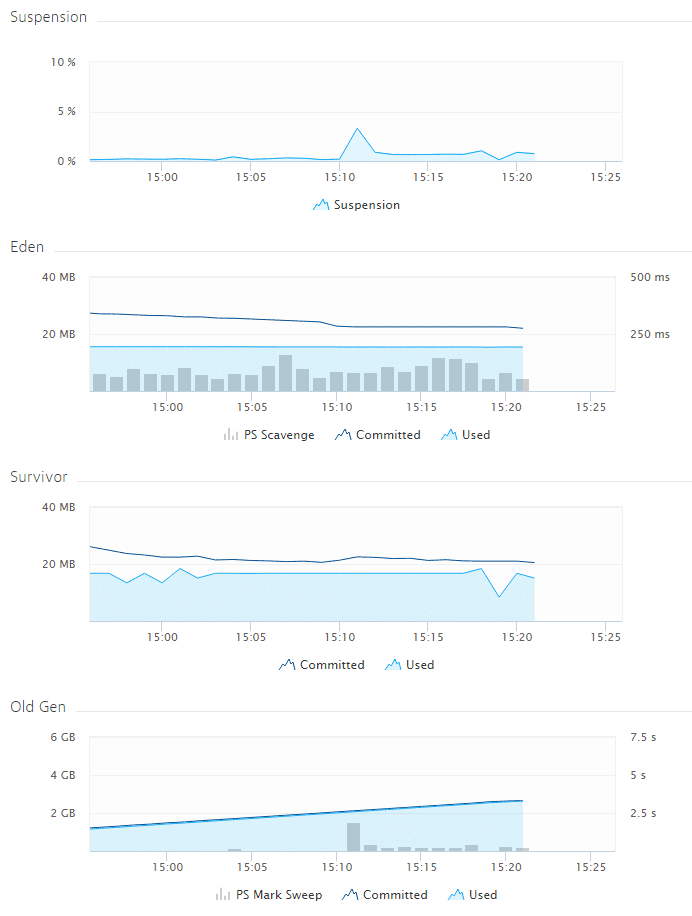 These graphs indicate a provoked memory leak. In reality, memory consumption does not rise as linearly as in the Old Gen graph. Also, neither GC Suspension times nor Eden and Survivor space usage act as indicators for memory leaks.

Use the following methods to identify and fix memory leaks:

A memory leak combines the problems of too small heap size with the problem of too large heap size. GC is triggered frequently and takes longer before the JVM crashes with an out-of-memory error.