The Go metrics and Go HTTP metrics tabs on the process overview page contain the most important Go-specific and HTTP metics. The Go managed memory, Heap details, and Scheduling tabs—all accessible via the Further details tab—bring even more valuable insights into your Go-based application performance.

The Go metrics tab provides an overview of the following important Golang metrics: 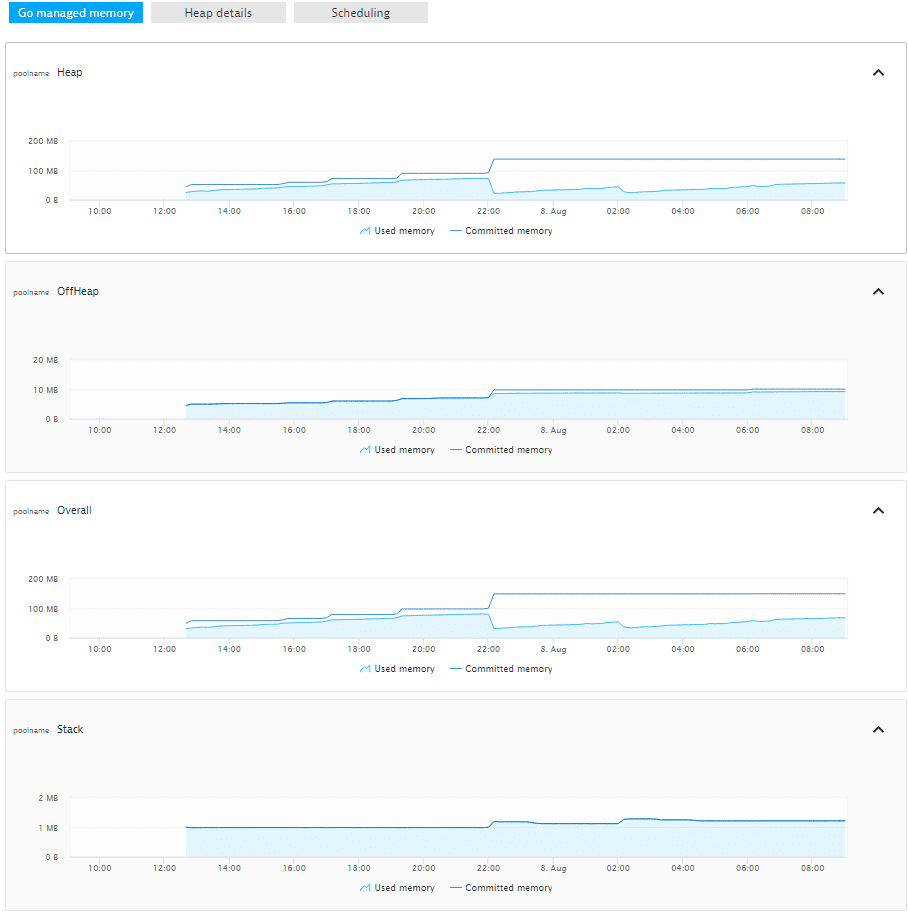 The Heap details tab digs deeper into the anatomy of the Go heap.

A basic understanding of the internal scheduling principles will help you read scheduling metrics and detect potential anomalies.

Go executes Goroutines in the context of worker threads that are acquired from a pool of native operating system threads. A Goroutine can be assigned to a different worker thread at any time unless runtime.LockOSThread is used to enforce worker thread affinity.

Multiple Goroutines are usually assigned to a single worker thread. A scheduling context is responsible for the cooperative scheduling of Goroutines. The Go compiler adds code to each Go function prologue that checks if the currently executed Goroutine consumed its 10 milliseconds execution time slice. The actual mechanism cleverly uses stack guards to enforce rescheduling. If the time slice has exceeded, the scheduling context sets up the next Goroutine to execute. Prior to Go 1.14, scheduling was fully cooperative, leading to an issue with Goroutines that didn't invoke Go functions and therefore were not rescheduled. Go 1.14 introduced a mechanism that allows preemptive scheduling of Goroutines to handle this special case.