For some languages like Node.js and Golang, Dynatrace provides detection based on modules and packages. It uses a basic set of predefined APIs for Java and .NET. However, for others, Dynatrace allows you to create custom API definitions for the various frameworks in your environment. Custom API definitions are used to further segment the API breakdown and make it easier to quickly see which frameworks contain hotspots.

By using a custom-created API definition called easyTravel, Dynatrace will be able to identify all easyTravel-related method calls as part of the easyTravel-specific code.

The user-defined easyTravel API is now included in the code-level analysis. 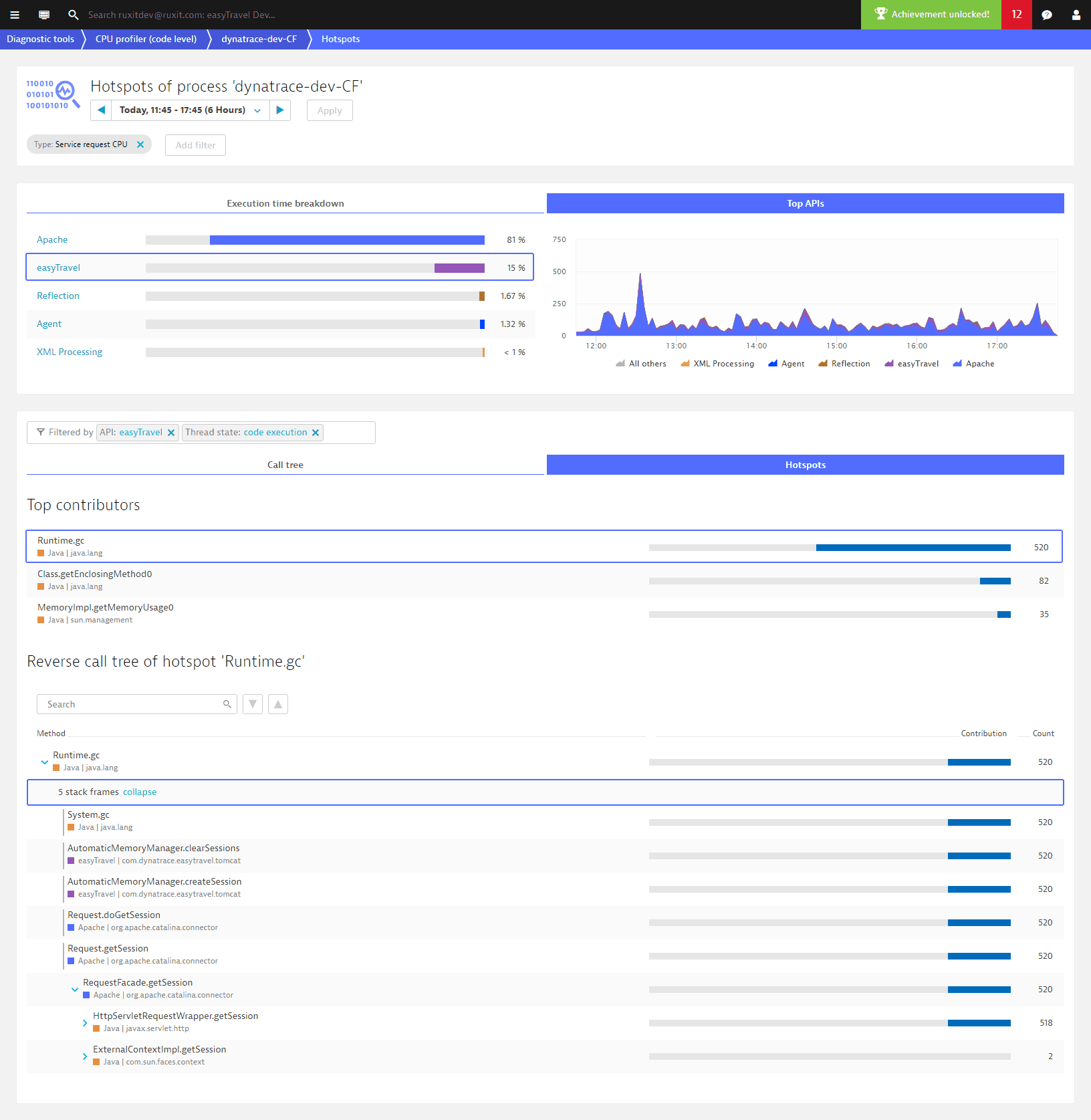