You can also use the powerful Synthetic - On-demand monitor executions API to trigger executions of multiple monitors and retrieve the results. On-demand execution requests take precedence over your scheduled executions and are sent to the top of the request queue.

During synthetic monitor creation and in edit mode, you can also set up a monitor to be executed on demand only—select the On demand only frequency.

On-demand executions, with their powerful features, are a valuable tool in your CI/CD strategy:

These executions can validate that a new deployment of your software is successful and can be integrated with build tools like Jenkins or keptn.

On-demand executions are also very valuable as quick monitor tests, for example, to test a monitor after developing a complex script. Likewise, such executions can verify that a fix for a Dynatrace-detected problem was effective, for example, if you added host memory or reverted to an older application version.

With their ability to be included or excluded from overall monitor results and problem detection, on-demand executions offer many more options than local playback of browser clickpaths. 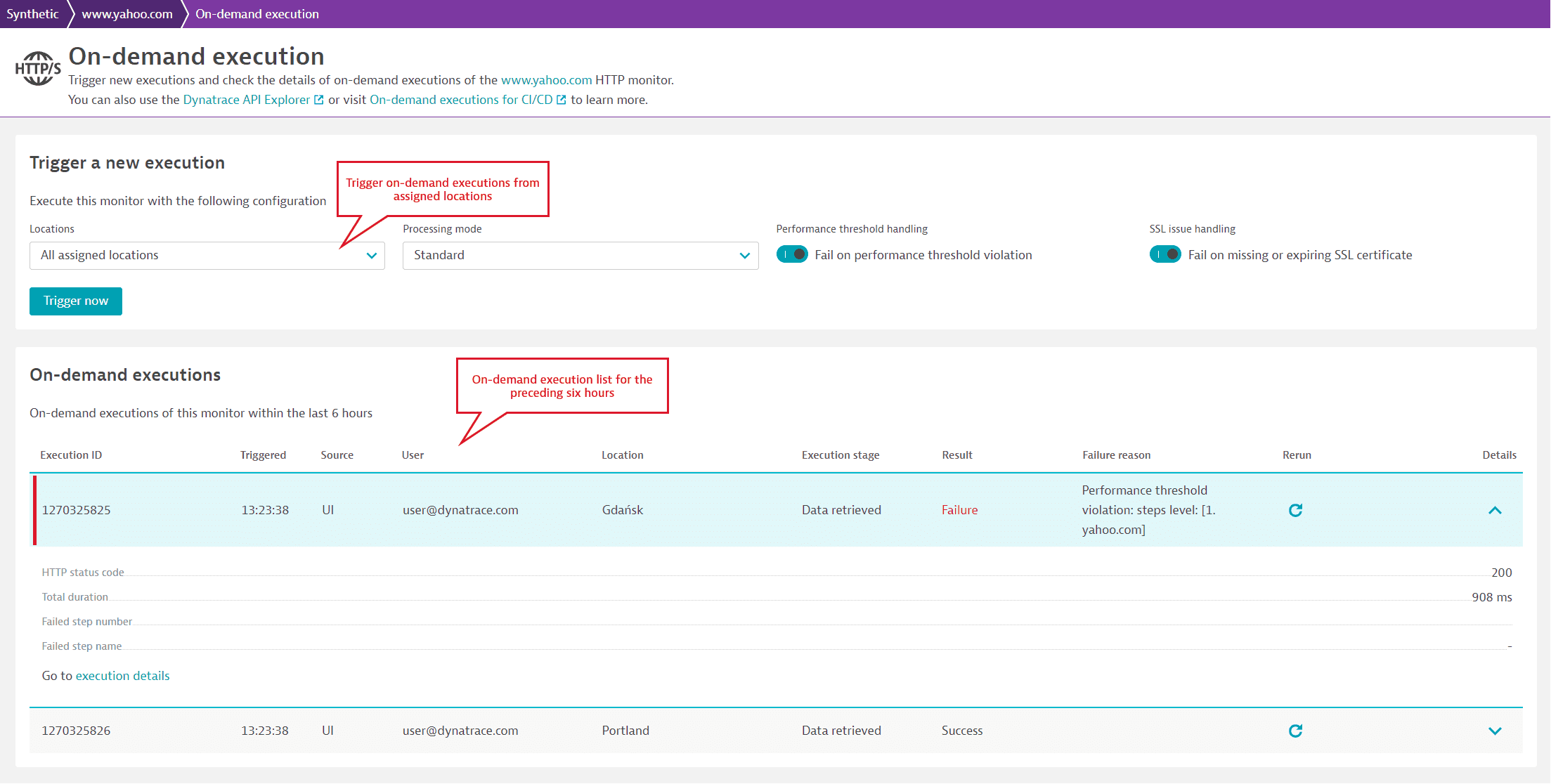 Any user with the Access environment permission at the environment or management-zone level can trigger an execution via the UI.

Even if you disable scheduled synthetic monitor execution during maintenance windows, you can still execute monitors on demand.

Failure to be triggered

On-demand executions might not be successfully triggered for various reasons, for example, when a monitor is disabled, a location is down, or when throttling is in effect for a monitor on a given location.

There are several additional reasons that on-demand executions might not be successfully triggered via the API: monitor deletion, incorrect specification of monitor or location IDs, incorrect specification of related service or application IDs, location deletion, problems with the public Synthetic infrastructure, or problems with your Dynatrace monitoring environment.

The list of executions shows all on-demand executions (triggered by any user via the web UI or API) for a given monitor within the last six hours.

When the Execution stage in the list of executions changes to Data retrieved, you can follow the execution details link to view detailed results for the browser or HTTP monitor that was executed. 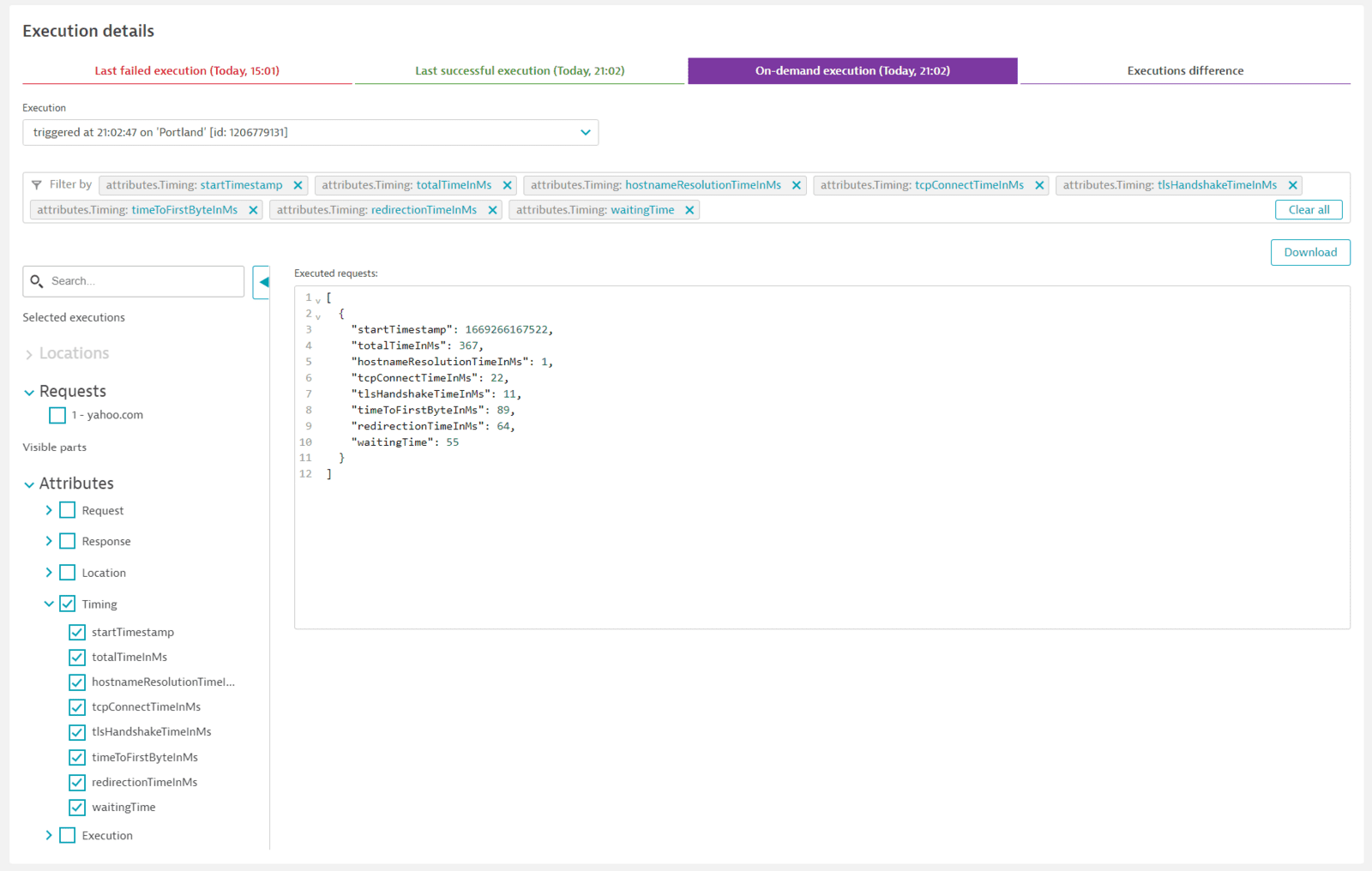 Check the section on throttling above for on-demand execution limits via the web UI and API.