The Dynatrace AI causation engine, Davis, relies on high data quality and fidelity. The main source of the data are the captured distributed traces. To analyze the collected data, Davis has to be sure that its quality meets a certain standard, meaning that all services, methods, timings, properties, and so on have been correctly captured and transmitted.

In case some data isn't captured correctly or is lost in transition, Dynatrace labels the affected distributed trace with a diagnostic message. The message explains the possible causes and ensures that Davis knows which parts of the information it can rely on. 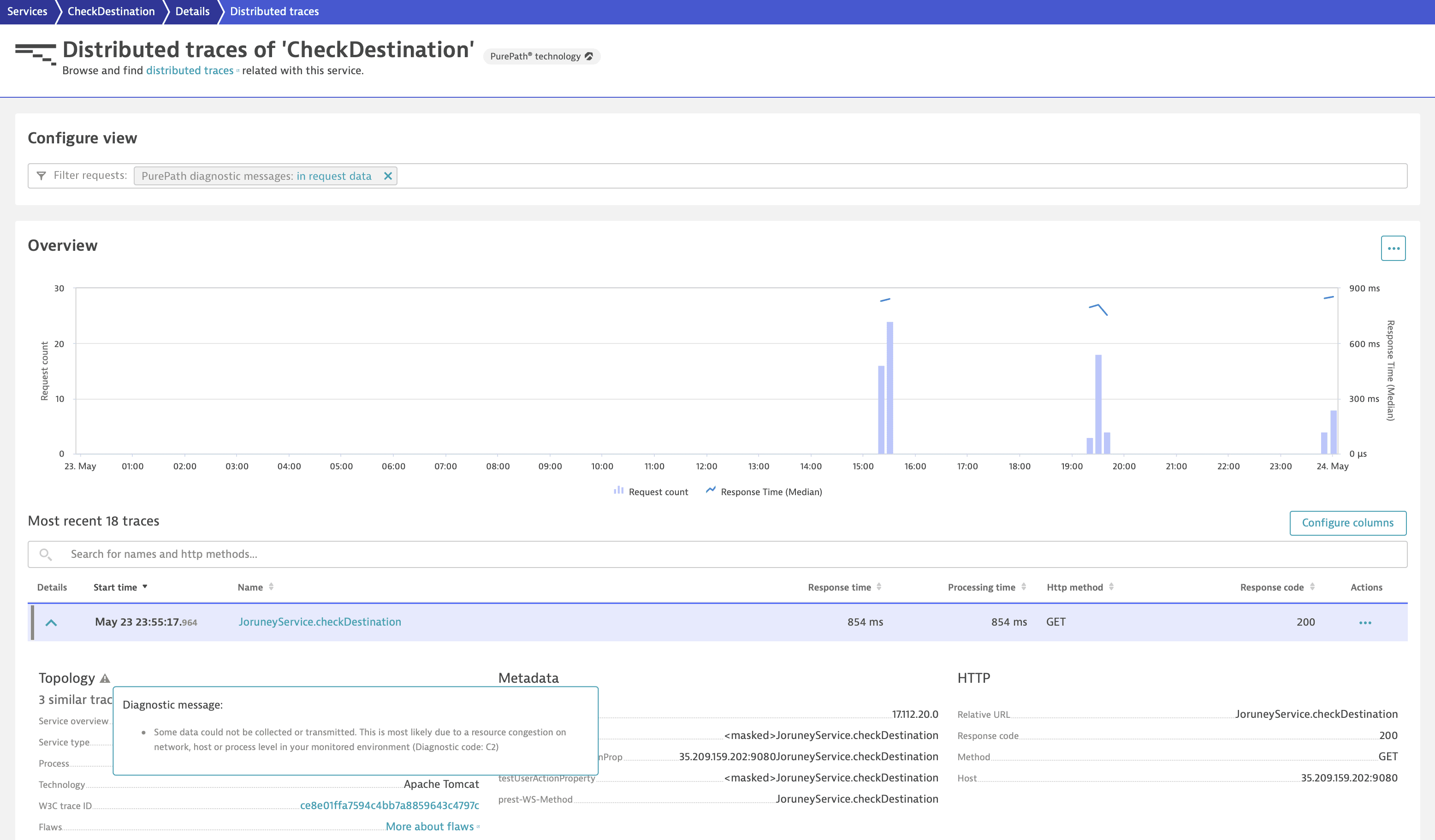 Unexpected services may be caused by network issues (data lost in transition) or by the abrupt termination of the process (restart or scaling).

Volatile services aim to prevent the creation of too many distinct services. A volatile service is created when it is obvious that too many individual services would be detected based on the call information.

Examples of volatile services include:

You can use service detection rules to reduce the number of services. For example, you can merge connections from various ports into one service.

How to handle PurePath diagnostic messages

In modern dynamic multi-tier environments, a certain number of PurePath capture errors is to be expected. Dynatrace has built-in resilience, so this is nothing to worry about—there is enough high-quality data.

Nevertheless, sometimes PurePath capture errors are symptoms of an issue with the setup and should be investigated. These are usually indicated by a specific pattern. For example, all calls of a specific service or all calls from a certain timeframe are affected.

A diagnostic message shows possible causes for the capture errors. If you've investigated and fixed the suggested cause but the issue is still present, you should investigate the issue further with Dynatrace Support.

Though you might not be able to prevent periodic network issues, you can use network error patterns to identify processes that might require the attention of your developers. For example, if all requests of a specific service have network-related errors, the cause may be a short-living process that isn't sending data to Dynatrace.