Reviewing and fixing mobile app crashes is vital to improving mobile app user experience. Dynatrace OneAgent for Mobile captures crashes and sends the stack traces to Dynatrace so that you can assess the criticality of the crash and identify the root cause of the issue. With the mobile crash analysis workflow, you can see the impact of crashes, identify the affected user groups, and quickly get to the root cause. By proactively resolving issues, you can thereby ensure that your applications consistently meet your business goals.

When working with a client-server setup, some crashes have their root cause on the server side. Dynatrace uses PurePath and OneAgent to correlate user actions with web requests, thereby giving you complete visibility, from individual user actions to the specific server-side database statements that contribute to mobile crashes.

To view information on crashes for your mobile app 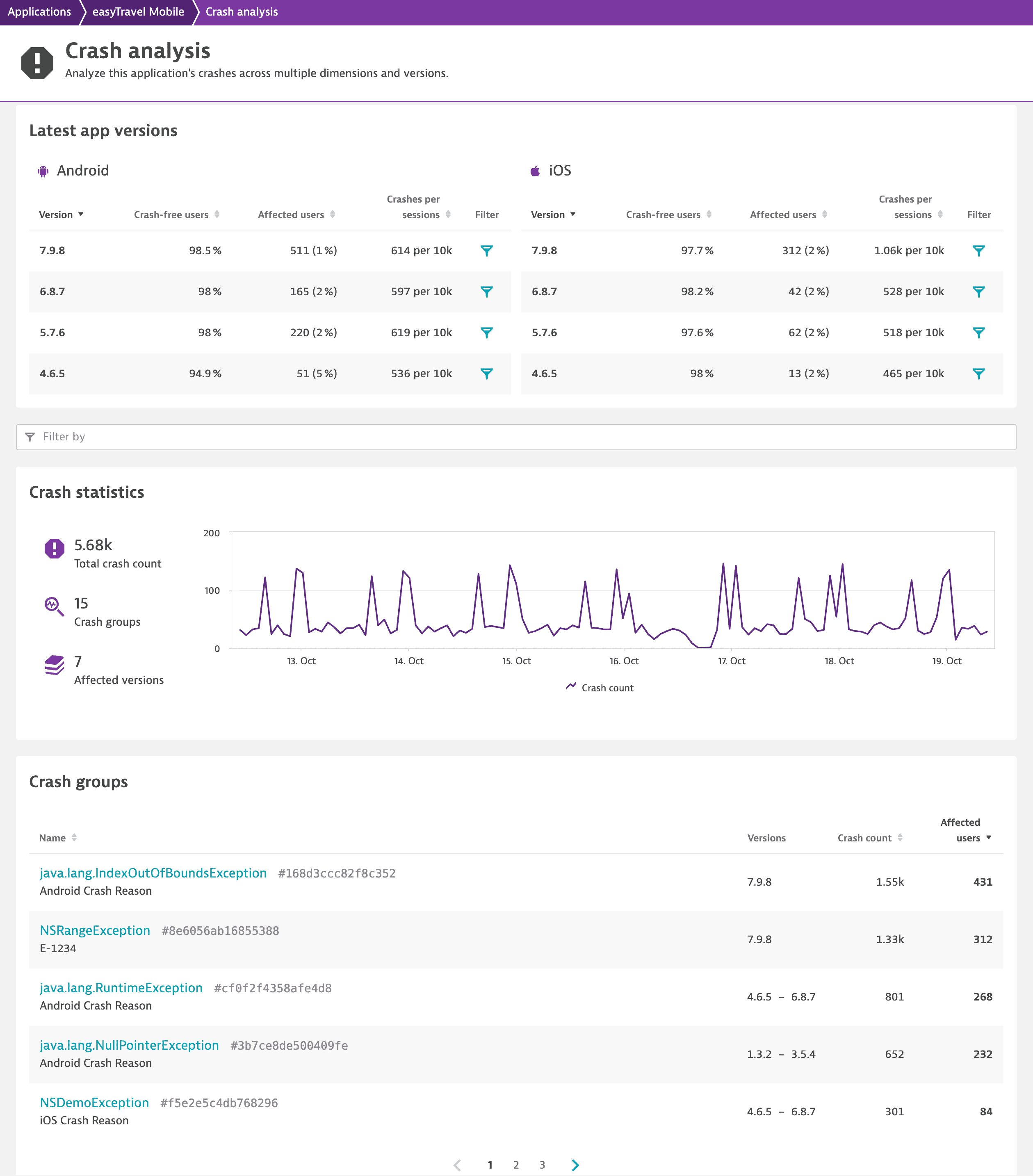 The Crash analysis page gives you an overview of all crash groups that occurred during the selected timeframe and allows you to focus on a range of properties and dimensions that might be specific to the crash pattern. You can therefore analyze mobile app crashes based on the operating system version, app version, user region, session duration, connectivity type, and other dimensions.

Dynatrace groups crashes by similarity of the stack trace and occurrence in the source code. This usually also works across different versions of your app so that you can easily find out if a crash is still present in the latest release. You can access each crash instance and filter it to investigate a particular part of the crash group. 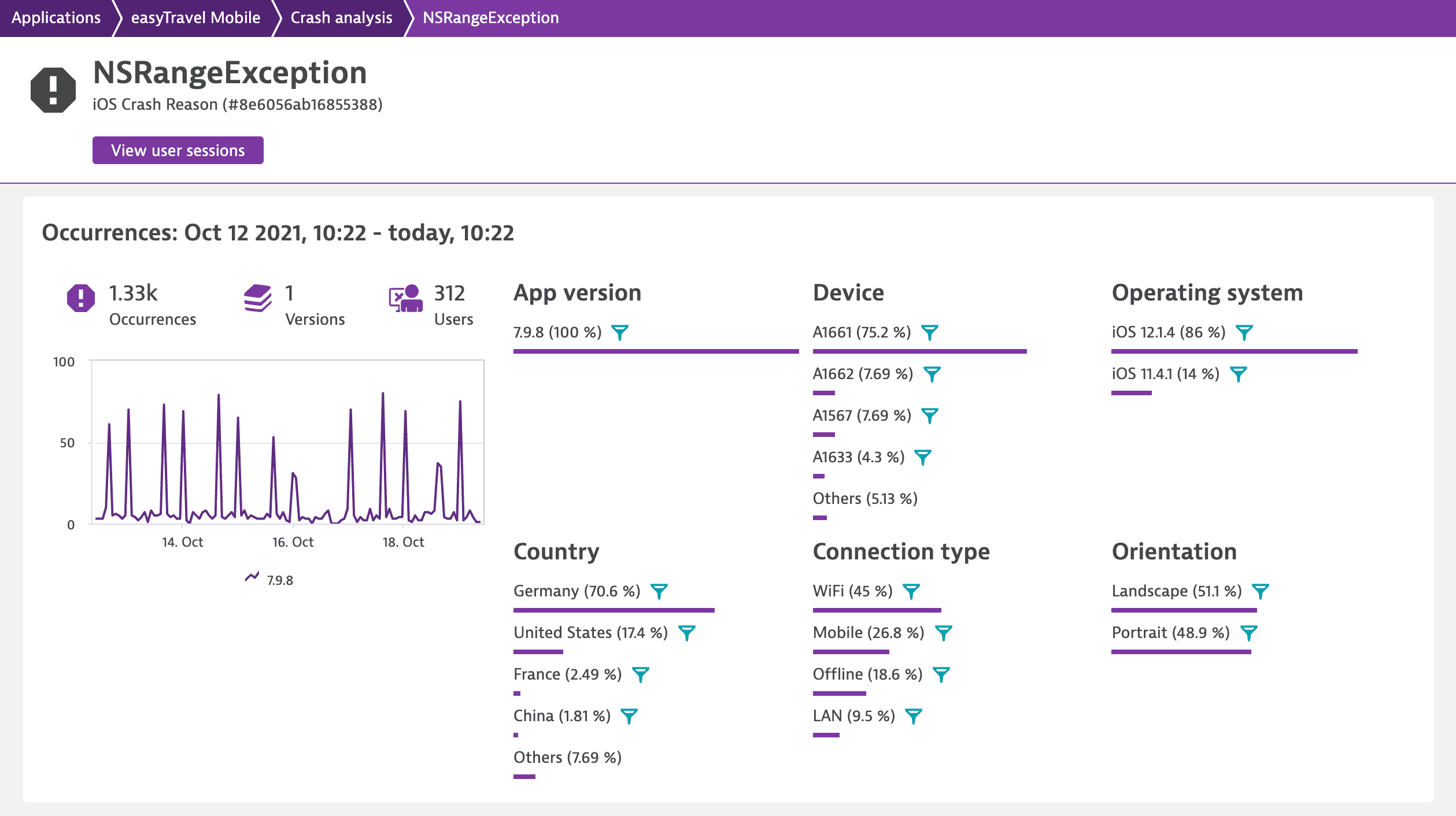 Under the Session information tab of the crash group details page, you can also view an actual crashed user session, select a crash instance, and examine the list of all user actions that occurred before the crash. 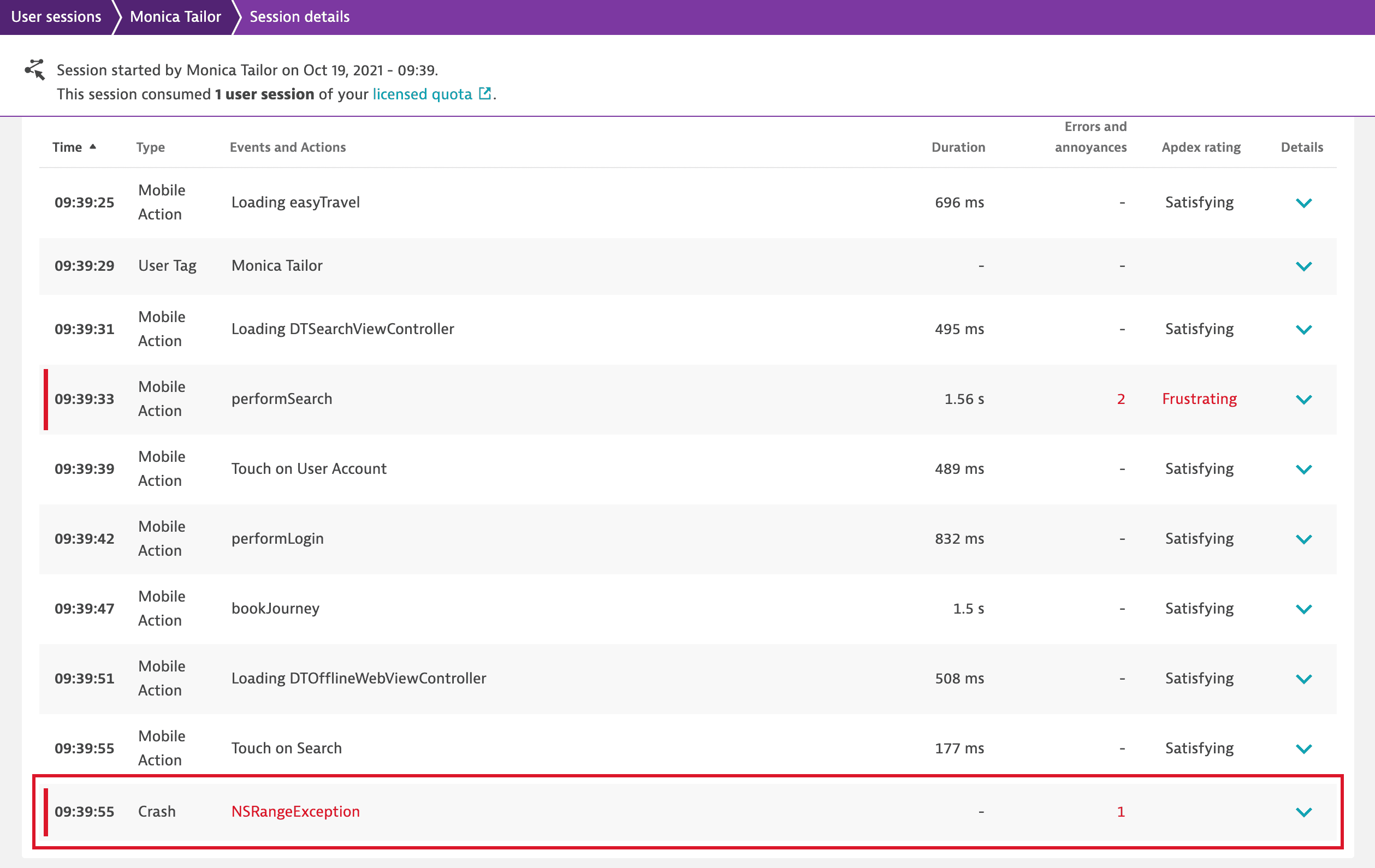 Symbolication or deobfuscation converts hex codes and stack traces captured by Dynatrace into human-readable formats. By uploading symbol files, you can see clear-text method names in the stack trace instead of hex codes or cryptic names provided by the obfuscator.