This page describes the approach available in Dynatrace version 1.253+. For descriptions for an older version, see the legacy description.

When the configuration of a metric event includes multiple entities, each entity receives its own auto-adaptive threshold, and each threshold is evaluated independently. For example, if the scope of an event includes five hosts, Dynatrace calculates and evaluates five independent thresholds.

There's a limit of 100 metric event configurations per environment, regardless of how many individual thresholds each configuration has.

Let's look at an example where an adaptive threshold has an advantage over a statically defined threshold. The chart below shows a disk's measured write times in milliseconds. This is a volatile metric that spikes depending on the amount of write pressure the disk faces. If we were to define a threshold for each disk within this IT system based on the initial data (beginning of the chart), we'd set the static threshold at 20 milliseconds. However, the usage of the disk will later change to a higher load, so a static threshold thus defined will produce many false-positive alerts. To avoid this, we'd have to define a new threshold and manually adapt the configuration. 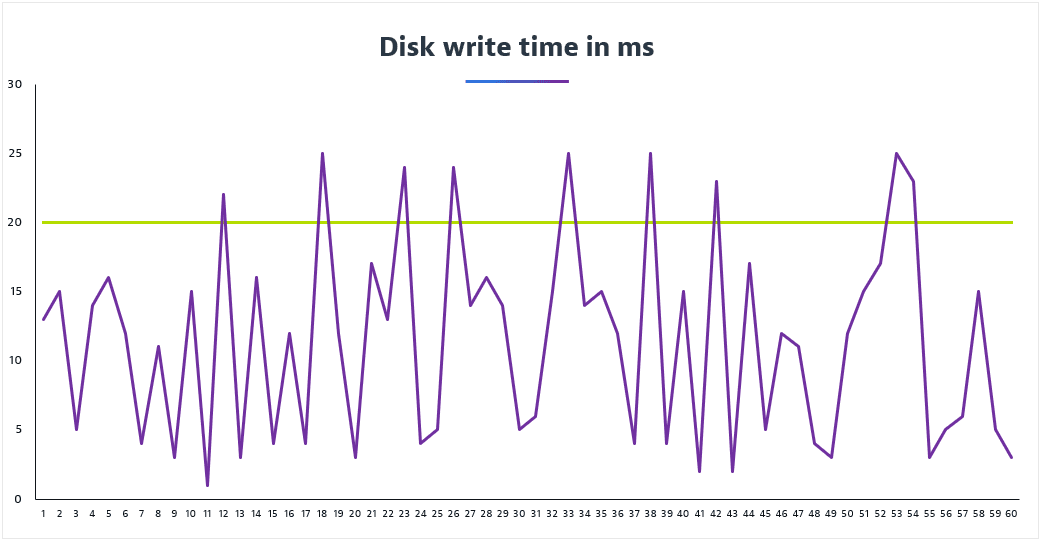 Auto-adaptive thresholds, however, automatically adapt reference thresholds daily based on the measurements of the previous seven days. If a metric changes its behavior, the threshold adapts automatically. 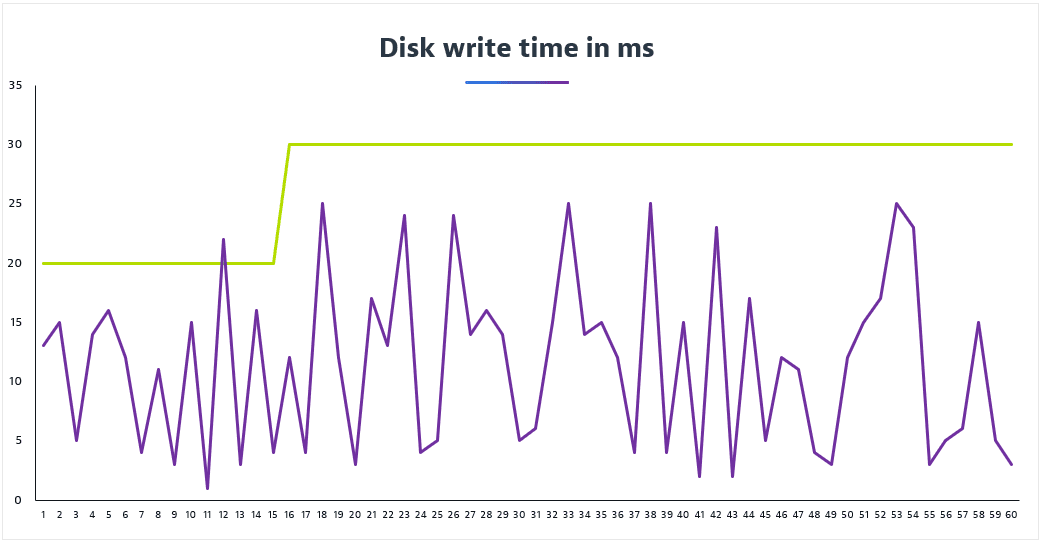 The reference values for threshold calculation are the metric data values over the last seven days. 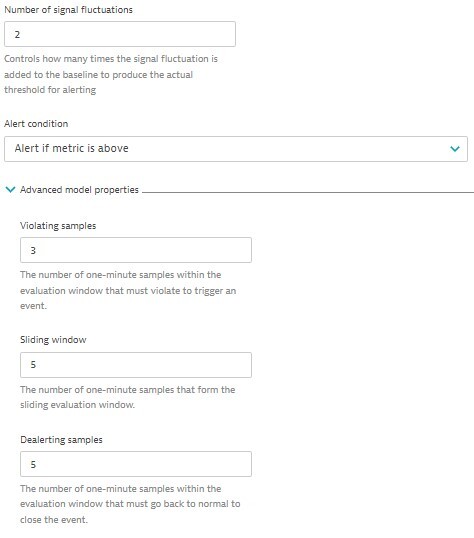 By default, any 3 minutes out of a sliding window of 5 minutes must violate your threshold to raise an event. That is, an event must have 3 violating minutes within any 5-minute sliding window.