The causal correlation analysis seamlessly combines topological context with metric data to quickly identify observability signals relevant to any signal behavior (for example, a spike on a chart) that you want to investigate. The analysis enables you to quickly find and explore time series with similar behavior to the one you're investigating. 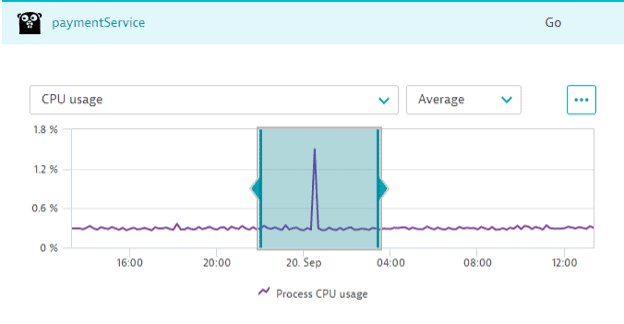 Because every entity-analysis page in the Dynatrace web UI uses configured topology relationships to load entity and context-relevant information, Davis considers this information for the analysis. Every time series shown on a page is included in the candidate set.

The time shift transformation aims to cope with signals that are similar in behavior but shifted in time. Possible reasons for such a shift include signal source delays or differences in the measurement cycles used by sensors.

The analysis automatically includes positive and negative shifts of up to 2 resolution steps to the candidates set. The image below illustrates this subset of candidates: an original time series in one-minute resolution plus one- and two-minute shifts in each direction. 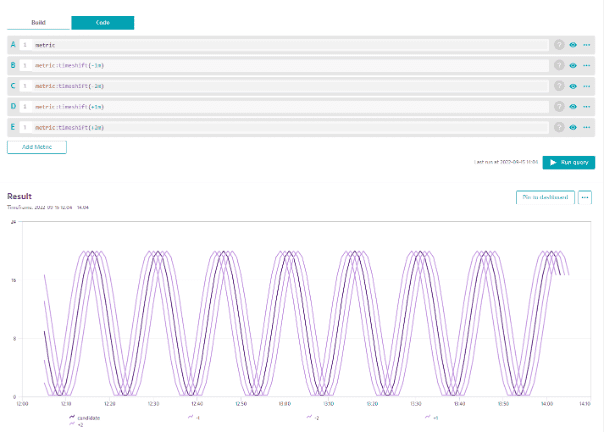 The smoothing transformation aims to distinguish the signal you're interested in from the unwanted noise.

Casual correlation analysis automatically includes smoothing transformations of moving averages of two and three resolution steps to the candidates set. The image below illustrates this subset of candidates: an original time series in one-minute resolution plus two- and three-minute moving averages. 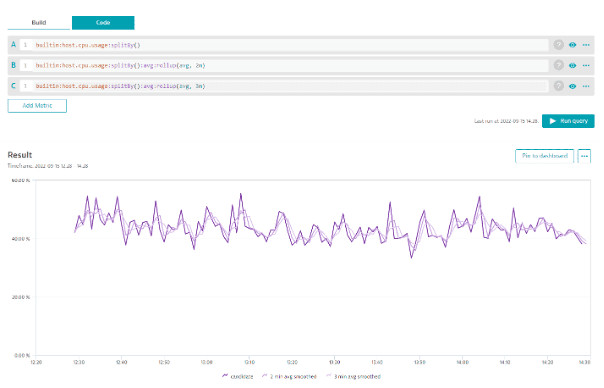 The penalty for the smoothing transformation is calculated using the following formula: 0.01 × (window width − 1).

The coefficient is calculated in a two-pass algorithm. The first pass normalizes each time series (reference and all candidates) by subtracting the mean and dividing by the standard deviation. The second pass calculates the cross-correlation between the normalized reference and each normalized candidate time series.

In turn, a positive shift of X ignores the first X elements of the candidate series. Thus, the cross-correlation compares candidates with later time stamps to references with earlier time stamps.

The causal correlation analysis returns a score (based on the Pearson correlation coefficient and transformation penalties) for each candidate that describes the similarity of the candidate in the range from 0.0 (no similarity) to 1.0 (high similarity). The score represents a rank within the results list; it is not a percentage measure. Each resulting time series is visualized along with its score.

While the analyzer identifies positive and negative correlations, Dynatrace does not distinguish them in the visualization, as both are equally relevant for exploratory analysis.

The threshold of 0.75 applies to the results, which means that time series with a lower score are excluded from the result.

A lower threshold would require more data points to ensure the low (below 0.1%) chance of unrelated time series being included in the result by accident. Since this is less likely for a high threshold, it requires fewer data points, and therefore this threshold was chosen. The minimal amount of data points is calculated using a Student's t-test.

You can trigger an exploratory analysis from any unified analysis page (for example, a host overview page or a Kubernetes workload page).