Some network errors are mitigated and compensated for by network protocols and active networking components, such as network interfaces. Meanwhile, other network errors lead to performance problems that can negatively affect your services.

This topic lists and discusses common network errors, their root causes, and ways of detecting such errors.

Packets with incorrect checksums aren't processed by the receiving host. If the Ethernet checksum (CRC) is wrong, the Ethernet frame is silently dropped by the network interface and can't be recovered even with packet capturing tools. Checksum errors often go undetected, despite the application of checksumming efforts. 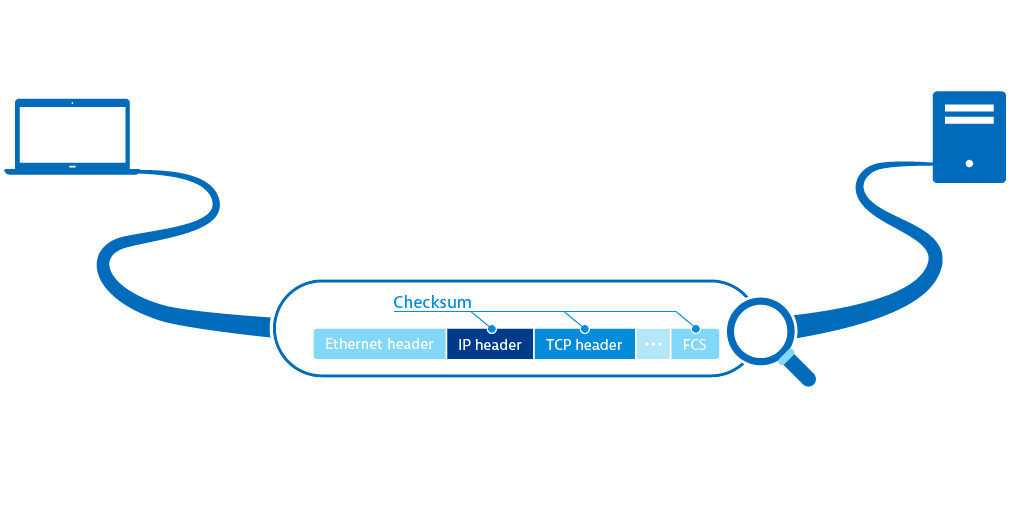 When the processing queue on a switch or router is overloaded or when the queue for incoming packets on the host is full, packets are dropped.

Usually, when the TTL value hits 0, the time to live exceeded ICMP message is sent to the dispatcher of the package. However, some network components silently drop packets when TTL is equal to 0.

Common reasons for retransmissions include:

Use this tool to query and control the settings of the network interface and the network driver. It gives a detailed list of all errors that can occur on the network interface level, such as CRC and carrier errors. If there are no retransmissions on the TCP layer but ifconfig still returns a lot of erroneous packets, ethtool can help dig into the specifics. If ethtool returns a large number of errors, there is usually something wrong with the NIC, cable, switchport, or other hardware.

Use Dynatrace to monitor

When there are several hosts in a network, it's not efficient to ssh each computer and perform extensive procedures on them. Within complex environments, tool support is required.

As a monitoring tool, Dynatrace monitors all the hosts that are part of your infrastructure and sends notifications when performance anomalies are detected. Dynatrace creates performance baselines for all running services, incoming and outgoing network traffic, average response times to service calls, and the availability of each service from the point of view of the network. When any of these measurements degrade in comparison to the baseline, Dynatrace sends a notification.

You can use Dynatrace to measure and evaluate a number of networking and service-related metrics. Start with the following:

The following screenshot shows how Dynatrace can help detect that a service had a responsiveness time of about 3 ms, not much traffic, and 100% availability over the past 2 hours.

When response time or service availability deviate from the baseline, Dynatrace displays a summary of the resulting problems indicating the number of users that are affected and the root cause of the issue. Dynatrace integrates all this information into AI-driven root-cause analysis. 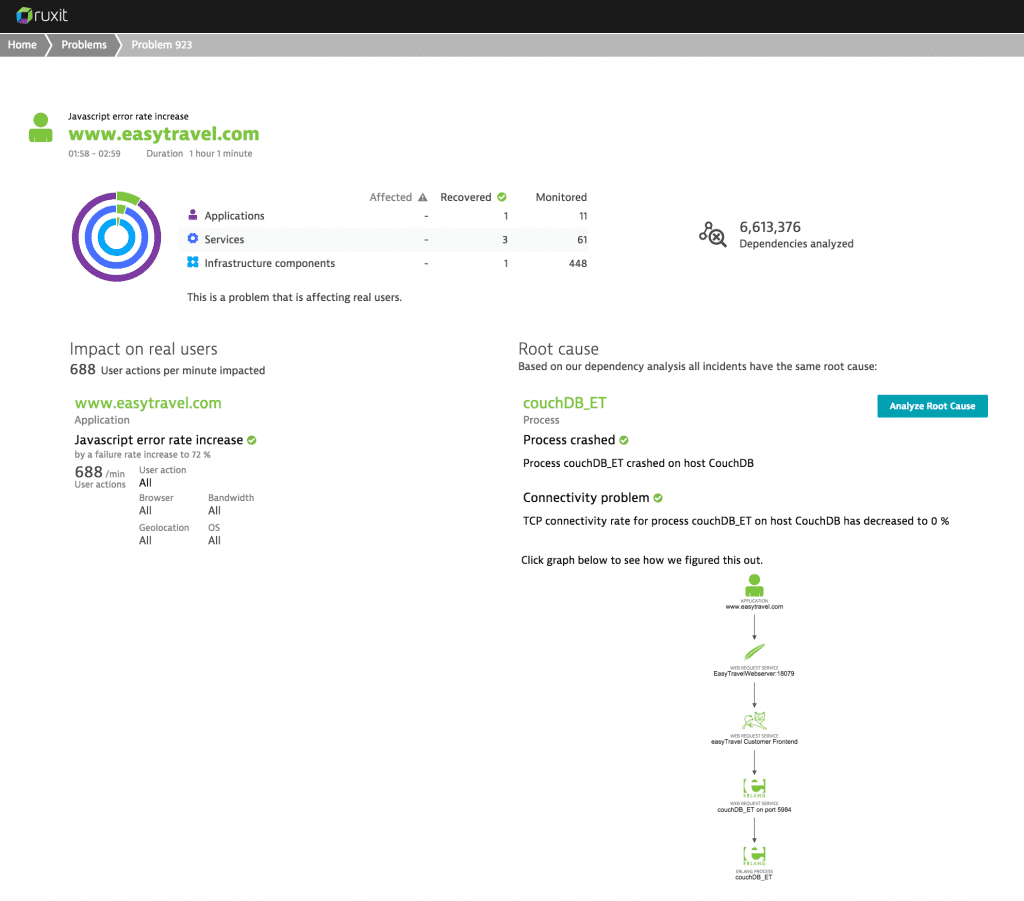 A closer look at the problem reveals that it has affected 688 user actions per minute. The JavaScript error rate has increased and the root cause of the problem is a crashed CouchDB process, which means that the TCP connectivity rate of the process has decreased to 0%. By clicking the process name, you can see that the TCP connections were refused and that connectivity dropped to 0% while the process was restarted, as shown in the following screenshot: 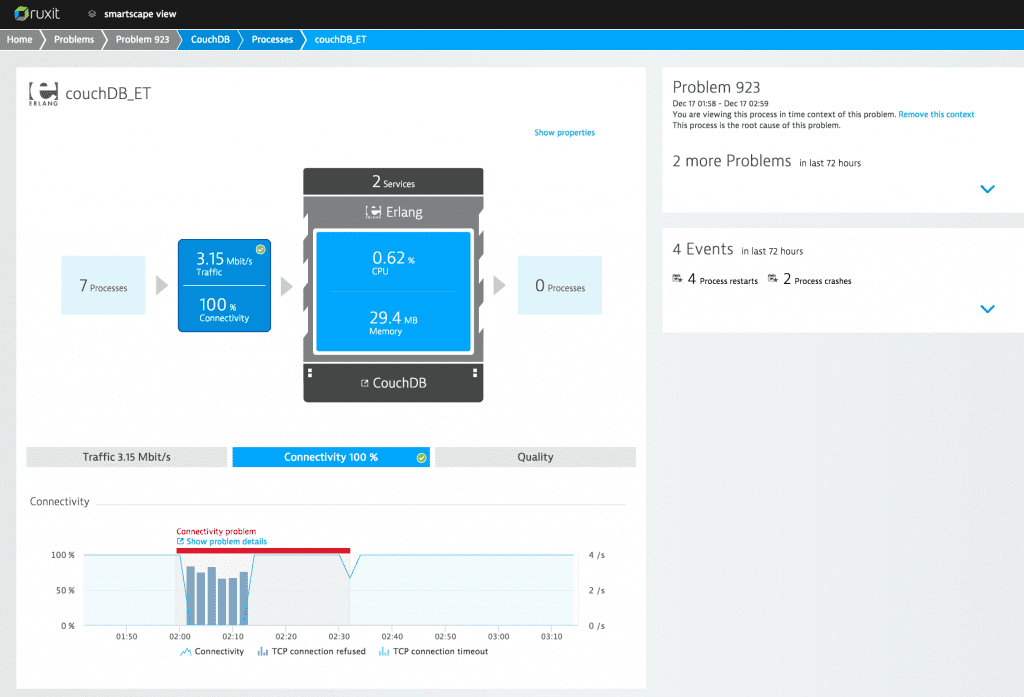