The Docker overview page that can be accessed directly from the navigation menu provides a summary of the most relevant information: 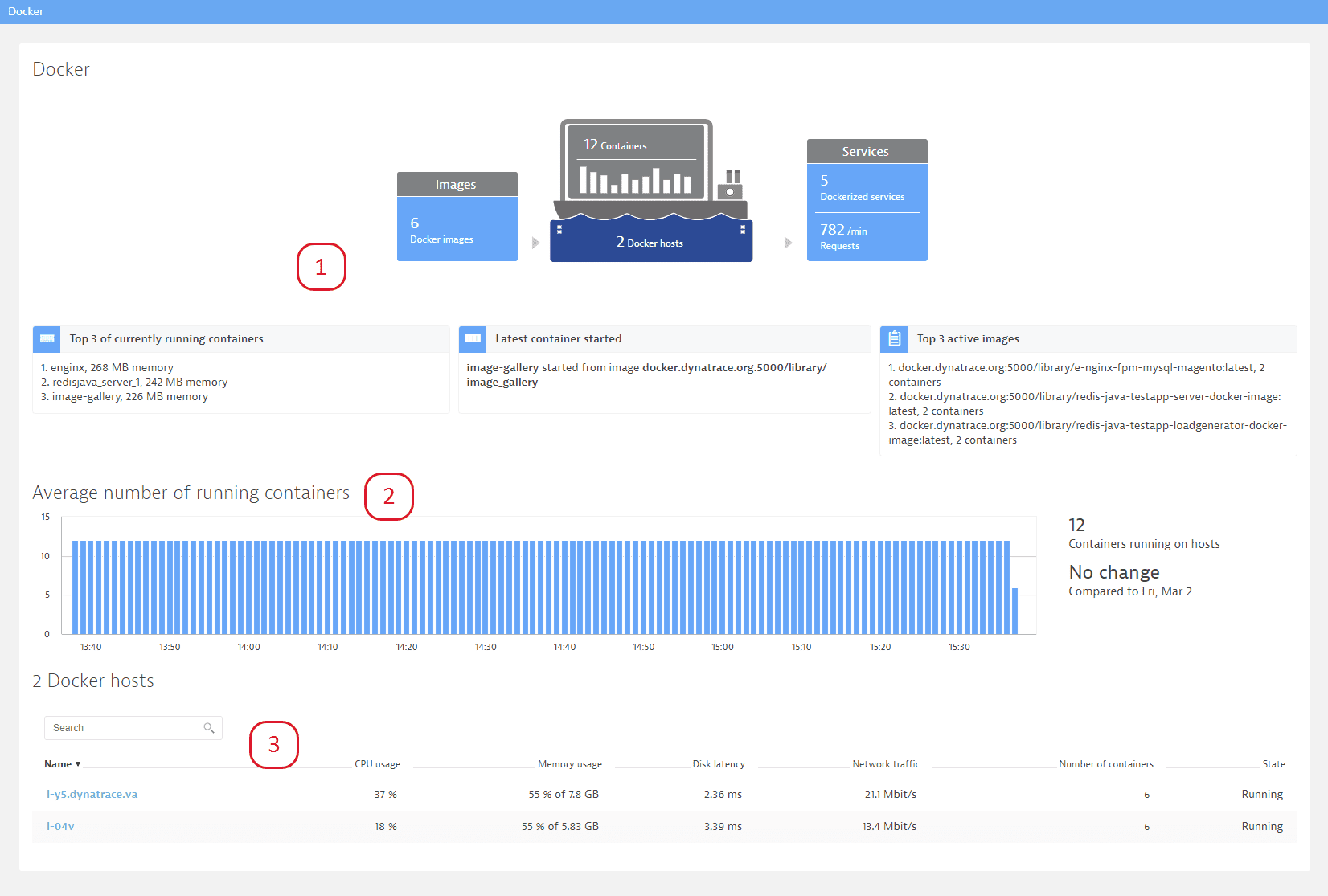 To explore container resource usage, click a host in the Docker host list and then click View containers. This is information you could otherwise only get by executing a docker stats command.

On the Containers page you’ll see all containers of the same image running on the same host that are consuming the most resources.

In large environments it can be a challenge to keep up with image versions deployed across hosts and to track the containers of a certain image version. The Docker images page makes it easy to identify hosts running containers of a specific image version. Here you can learn details such as when an image was created and its virtual size (cumulative space taken up by an image). 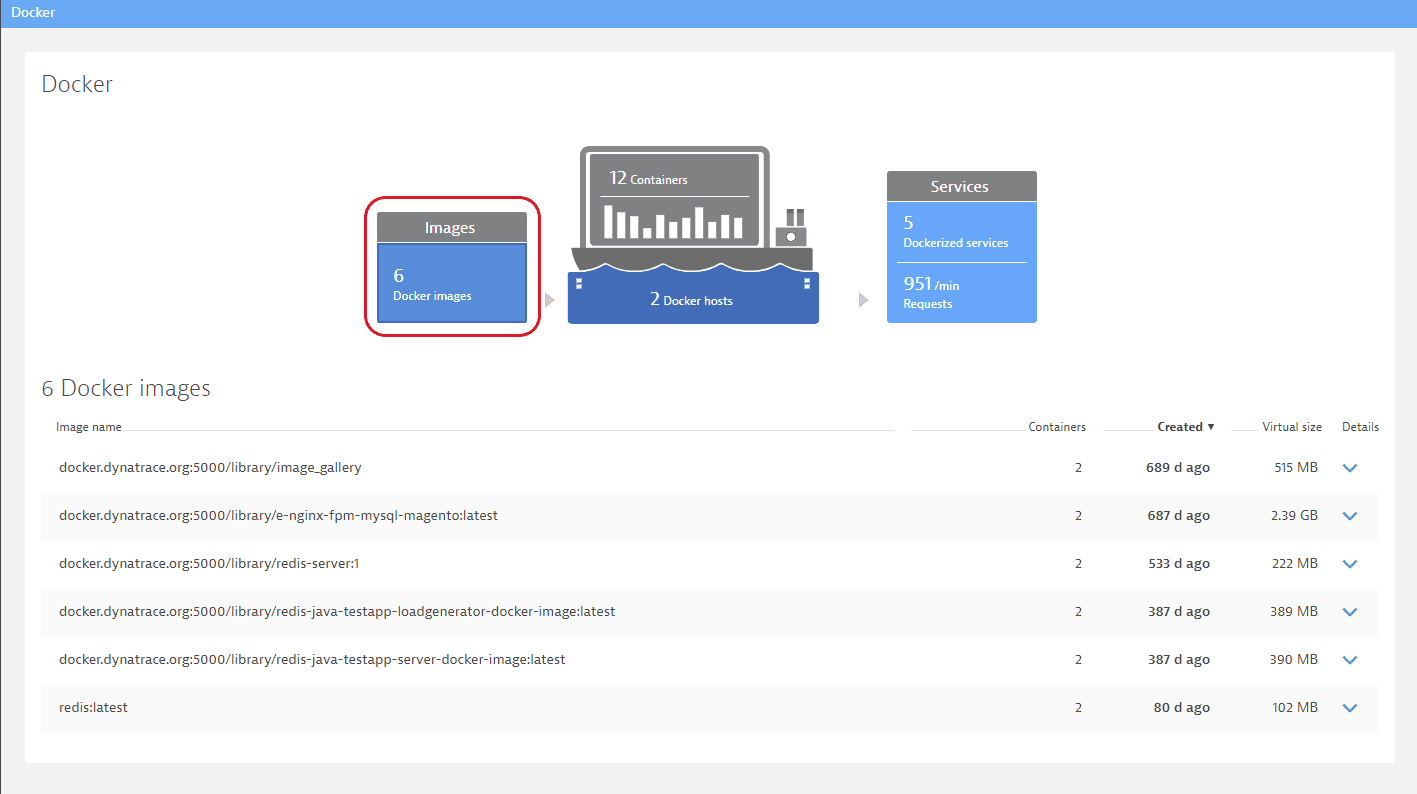 Have a look at our guidelines for configuring monitoring for Linux.

There are performance limitations related to the number of running containers. The total number of containers that can be monitored in parallel isn't strictly defined though; this depends on the type of monitored applications and host resources.