Individual Host pages show problem history, event history, and related processes for each host. To assess health, the following performance metrics are captured for each host and presented on each Host overview page: 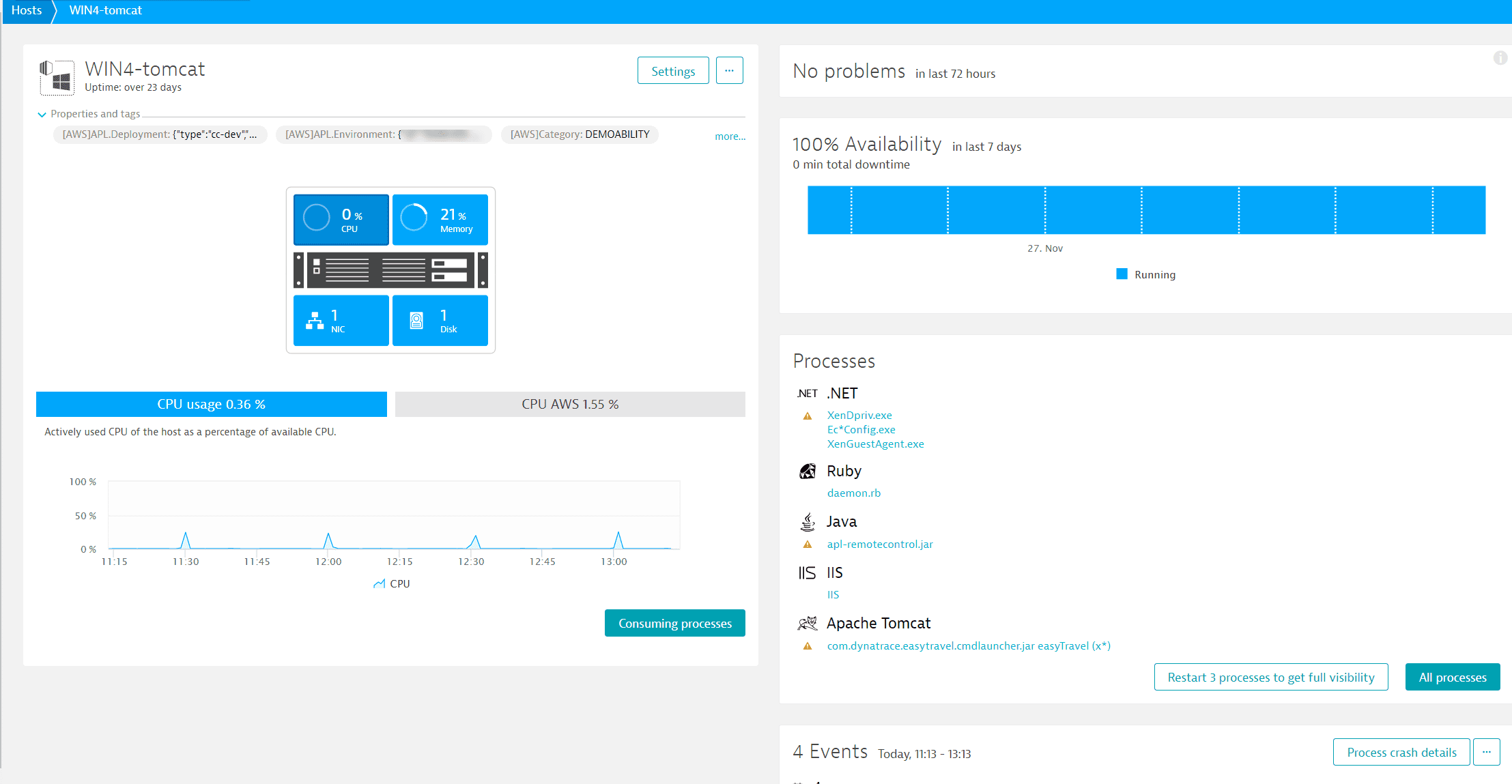