For the selected script step, the waterfall chart lists every downloaded object in the order requested, and displays a timeline for each object that charts the metrics collected for the object.

After you play back a script, select a step and then select the Waterfall tab. 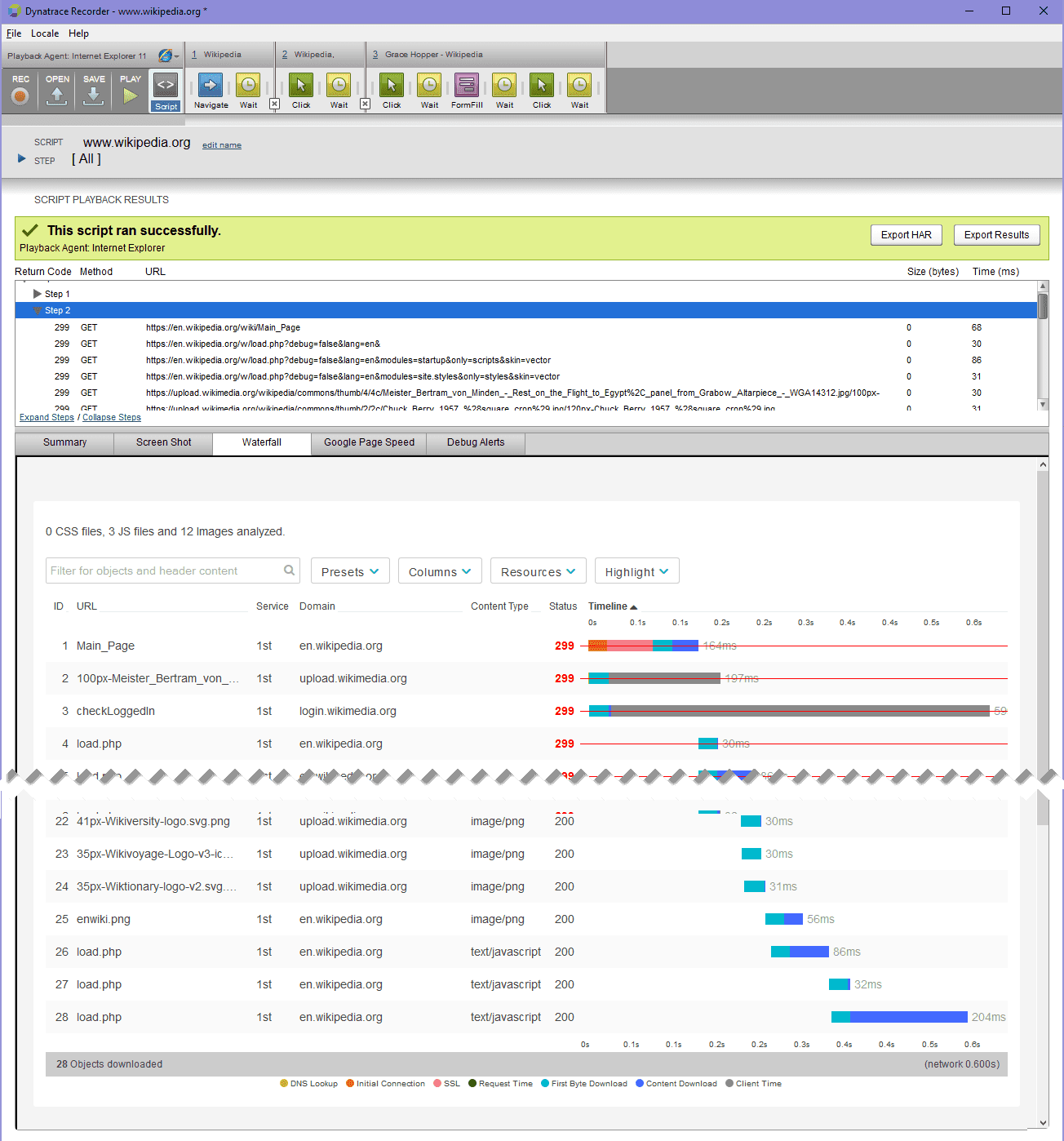 The top line of the Waterfall tab lists the number of CSS files, JS (JavaScript) files, and images downloaded in the step.

Each resource downloaded for the step is listed in the waterfall in the order it was requested. Only the final part of an object's URL is displayed; hover over the URL to view the full URL in a tooltip.

The timeline represents the overall download time for the object. The colors in the bar identify the metrics that are reported in the timeline.

Hover over a timeline to display a tooltip with the following information:

If an object error occurred, it is identified by a red Status code and a red line through the timeline. See Synthetic Classic return codes and error codes for descriptions of the error codes.

These columns can be included in the chart.

See Filtering the waterfall below for details of selecting columns to display.

To view header information for an object, click the object URL and then click View headers in the popup window. 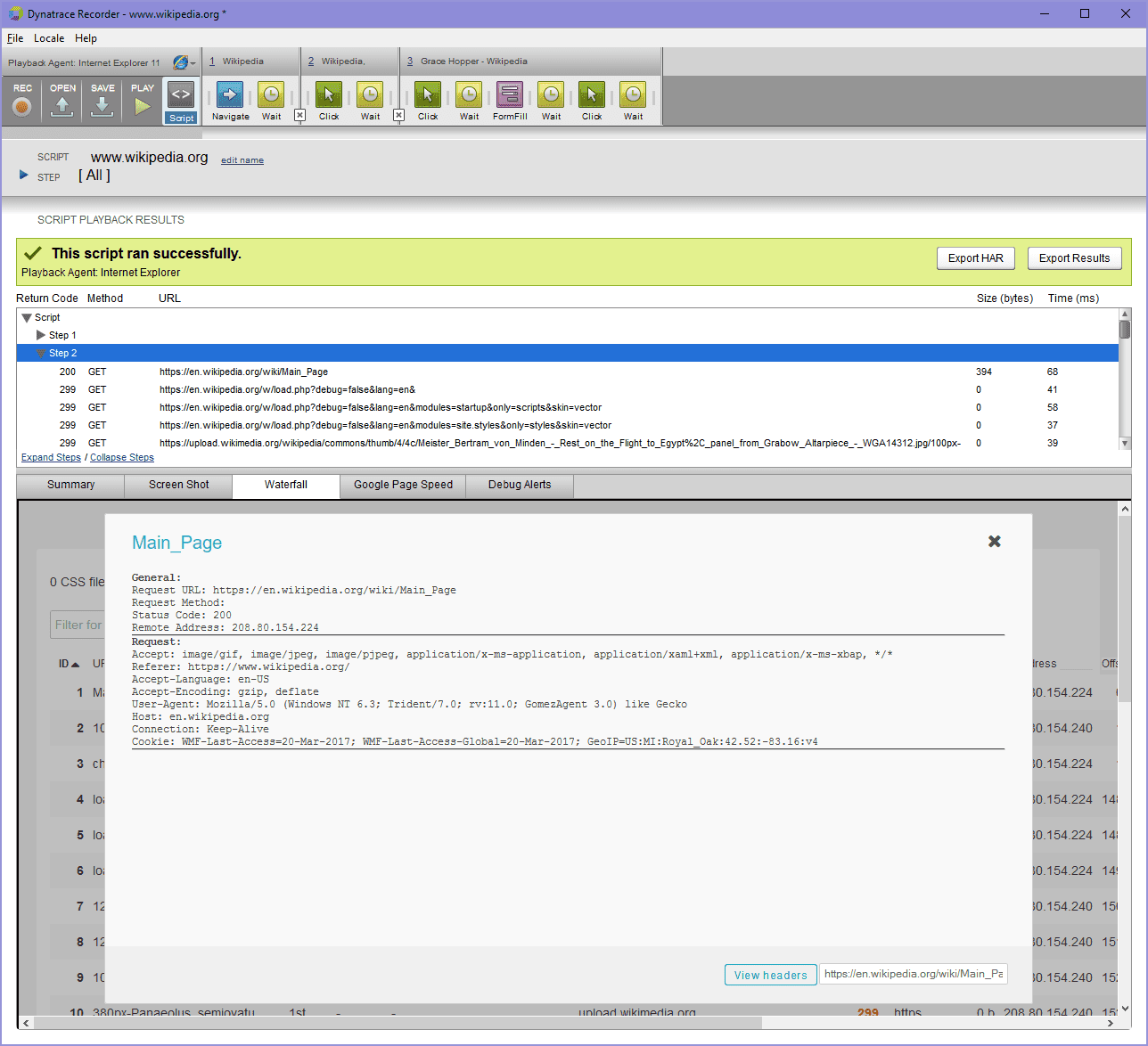 Use the controls above the waterfall chart to select the information you want to see in the chart. 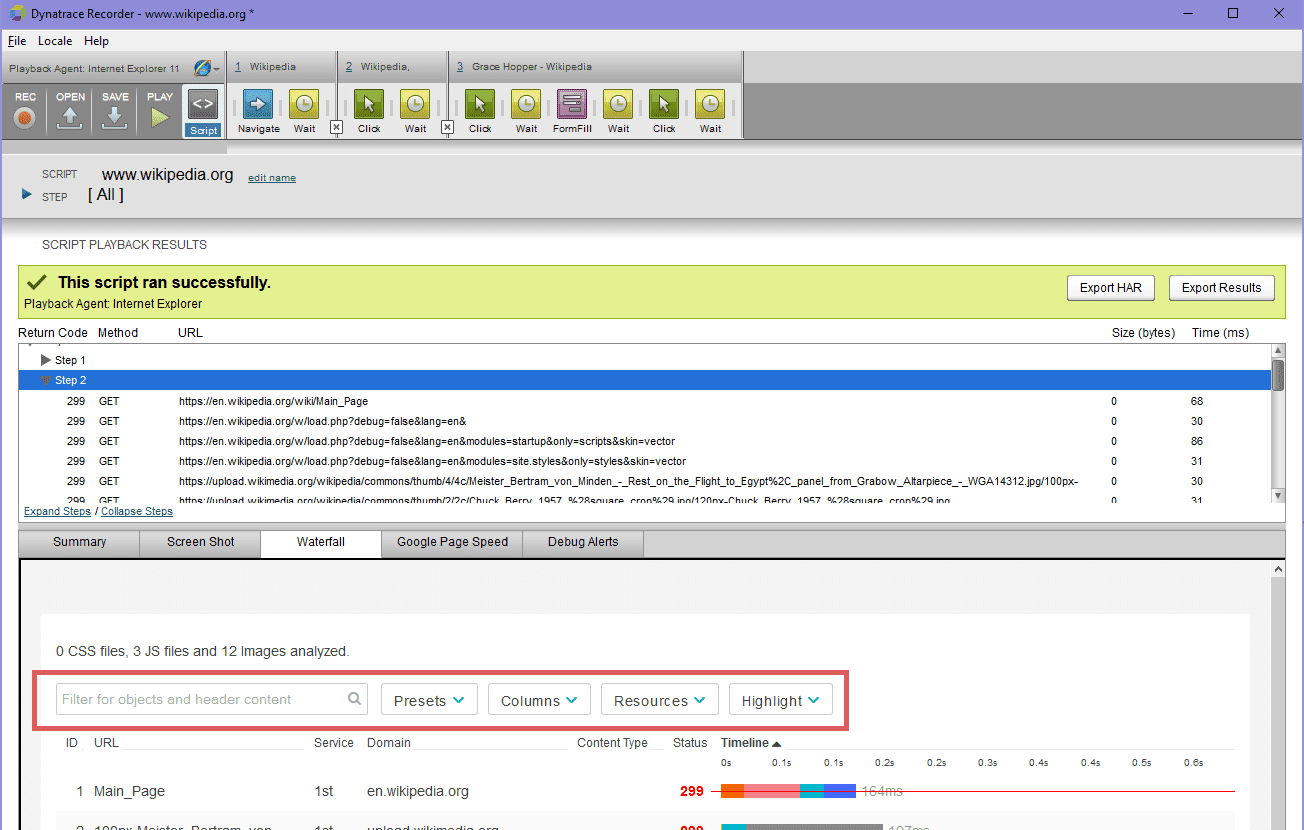 Type a string in the Filter for objects and header content field to see only the objects that contain the filter string in their URL. The string can be anywhere in the URL. This field filters the chart based on the full URL, not just on the object name displays in the URL column.

The Presets options automatically select which columns to display:

Select or clear items on the Columns menu to choose the information (columns) to display in the waterfall. The ID and URL columns are displayed by default and can't be removed. 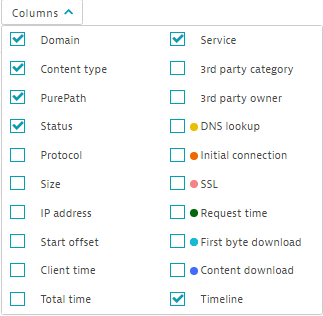 Use the Resources menu to select which object types to include in the waterfall. If no object types are selected in this menu, all types are included.

Select object types in the Highlight menu to quickly find objects in the waterfall. Selected types are highlighted with the color indicated in the menu. 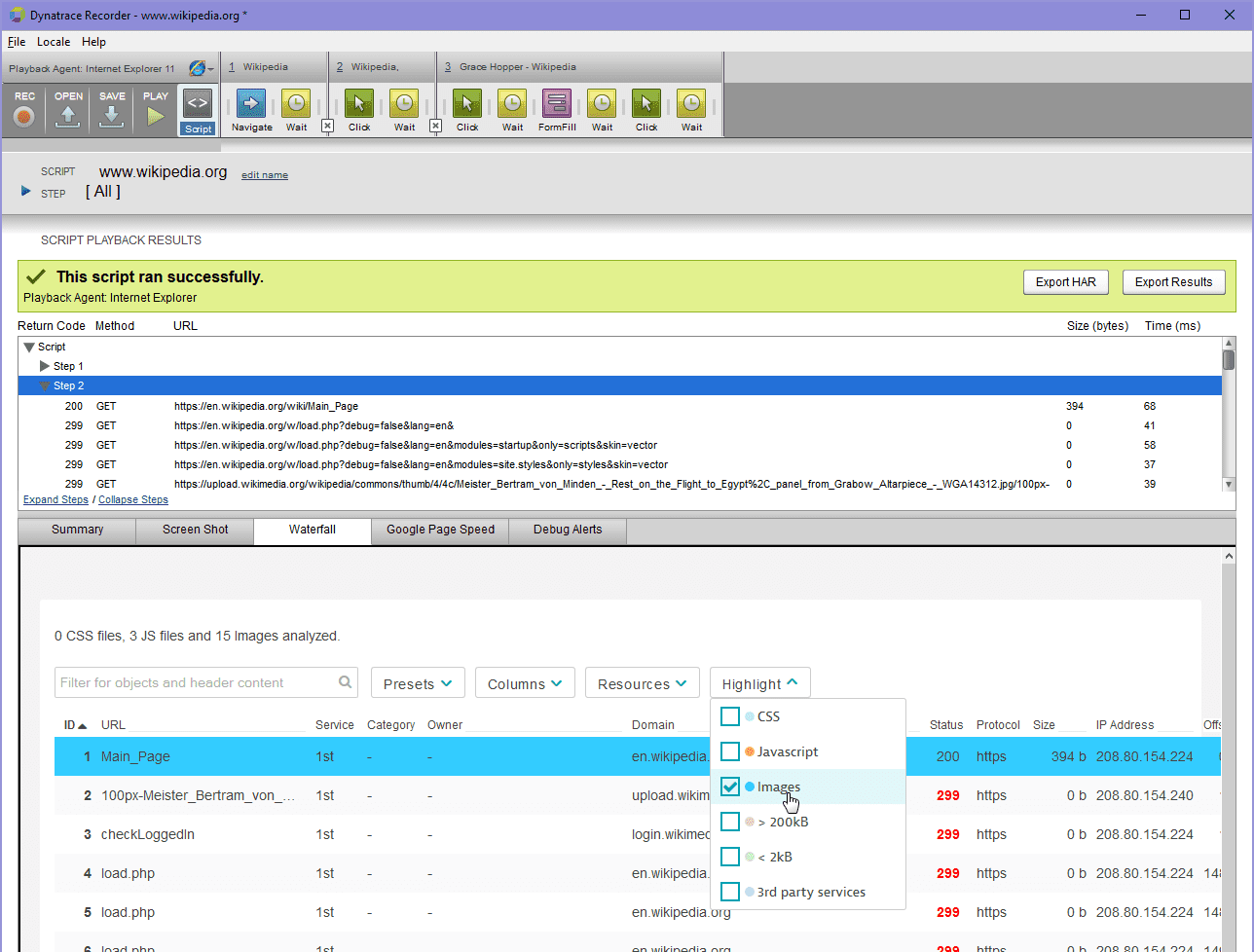 These metrics may be displayed in the waterfall page, either in the header or in the object timeline depending on the columns selected to display.