The script contains two steps: a step to login and a step to view the account transactions.

After recording the script and playing it back, it is apparent that the reply content is blank for many of the requests. Most of the requests include a personalized header. This header serves as a session token and needs to be dynamic so the script can run successfully.

While reviewing the playback results, the first POST action contains a myToken entry in the Reply Content.

When the HTTP action for the POST is opened, there is a myToken session token in the headers.

In reviewing other POST actions, myToken is present in their headers, also.

in the timeline, then clicking the first HTTP action 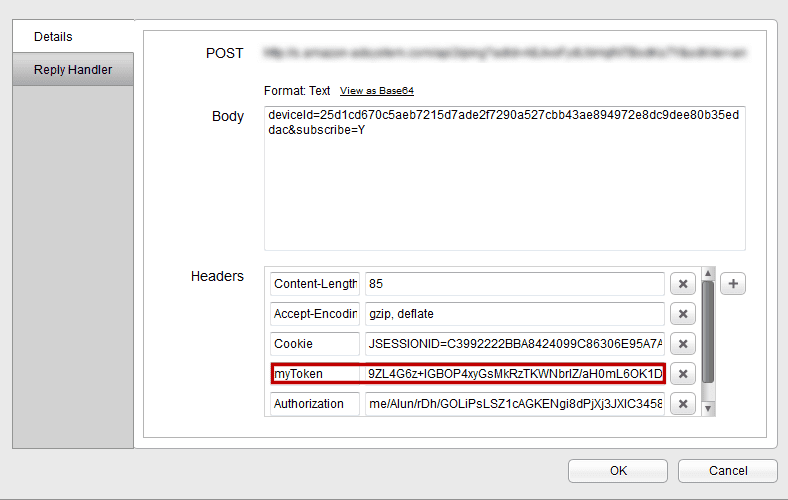 To capture the token, select the HTTP action in the first step, then click More on the first POST action. 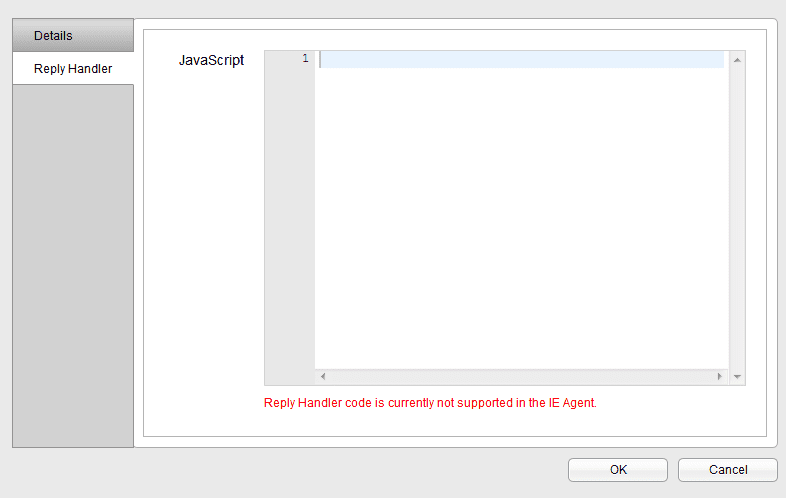 Enter the code to capture the token.

The first line captures the response and places it in variable json.

The third line parses the JSON response into the matched array obj.

And, finally, the fourth line captures the value of myToken and puts it in the variable token. 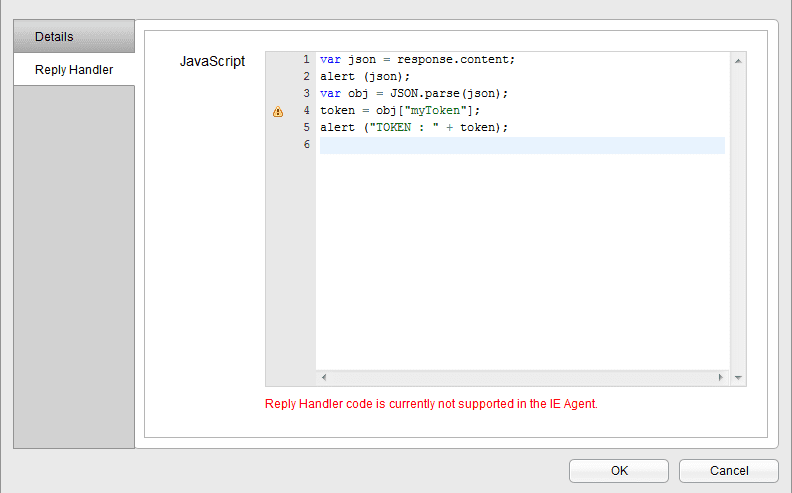 To use the captured value, in each HTTP request and anywhere else that the header myToken is used, replace the original hard-coded value with the text `token`.

The text `token` uses backticks, not single quotation marks. The backticks indicate that the global variable defined in the reply handler is used. 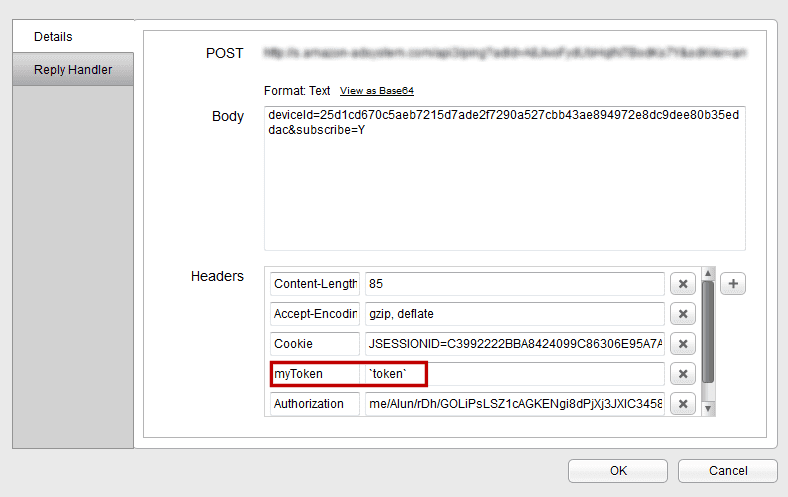 The value of myToken is captured and inserted in the script each time the script is run.