Time to upgrade! You only have until October 31, 2019 to move to Dynatrace, our all-in-one software intelligence platform. For details, see the Synthetic Upgrade Center and Dynatrace Synthetic documentation. 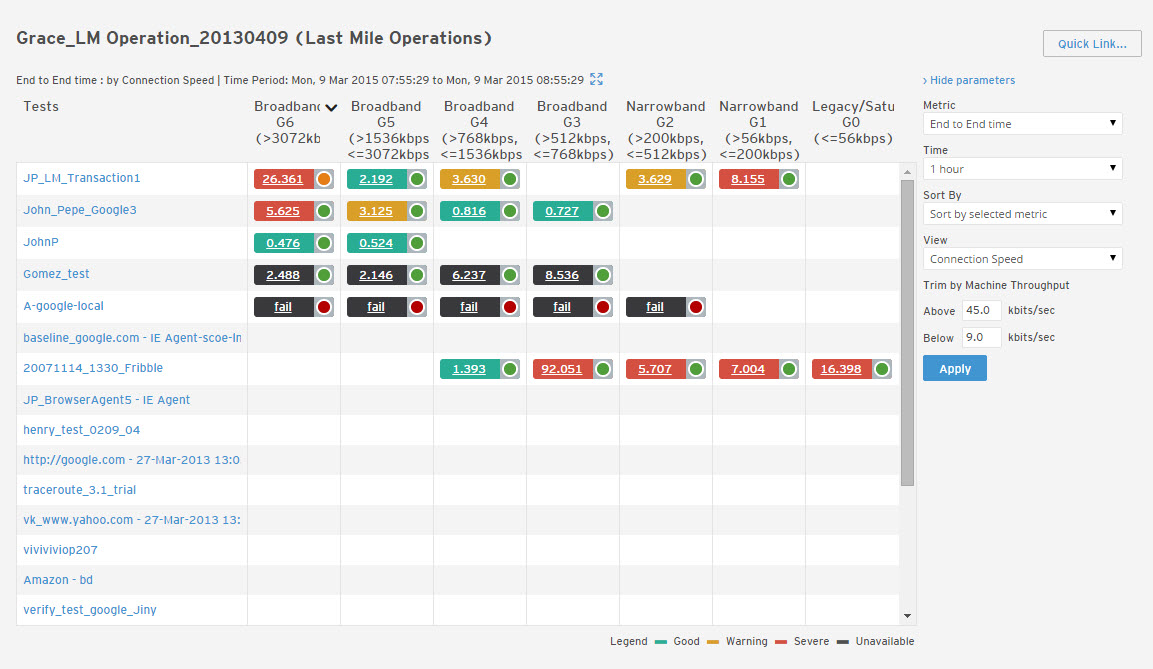 Connection speed is the time in seconds that it takes to connect to a web server from a local user's desktop.

In the Last Mile operations dashboard, each test is shown in a row, and the connection speeds are shown in the columns.

This dashboard has the same features as the other dashboards, including the ability to trim test results based on the throughput rates. The throughput rate enables you to exclude tests above and below specified rates.

From a Last Mile operations dashboard, you can drill down directly to the: