You will need to create a simplified NAM deployment on your Windows desktop machine. The environment consists of the following components:

The NAM Console and NAM Server are standard components of a NAM installation. They each require their own Microsoft SQL databases.

The NAM Probe is a virtual machine hosted installation with two network interfaces. The standard communication interface eth1 used to communicate with NAM Console and NAM Server. You will also need a second eth2 sniffing interface to replay libcap network captures using the Tcpreplay suite installed on your NAM Probe. This way, you can test your scripts using much larger data traces than small snippets pasted directly into your unit test scripts. 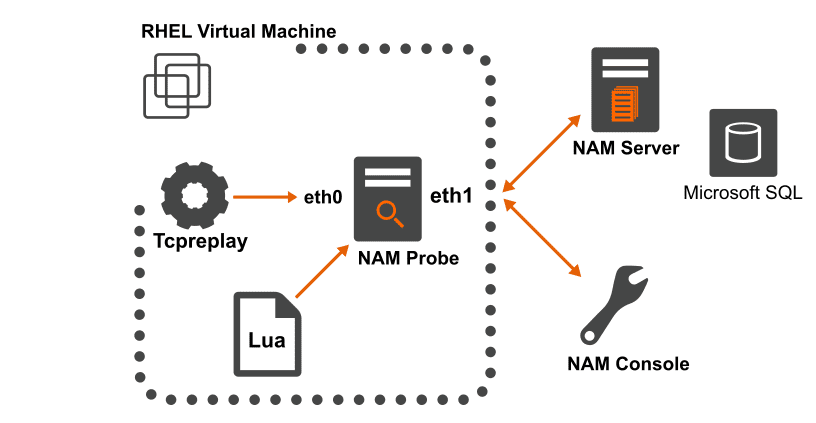 Setting up your test environment