NAM and SaaS/Managed unification gives you a complete insight into your application performance.

The NAM Probe monitors the OneAgent instrumented servers. Both NAM Probe and OneAgent identify the server with the same IP addresses and port. The NAM Server sends the preprocessed monitoring data to the Dynatrace cluster or tenant, where we match and report the data at the process level. 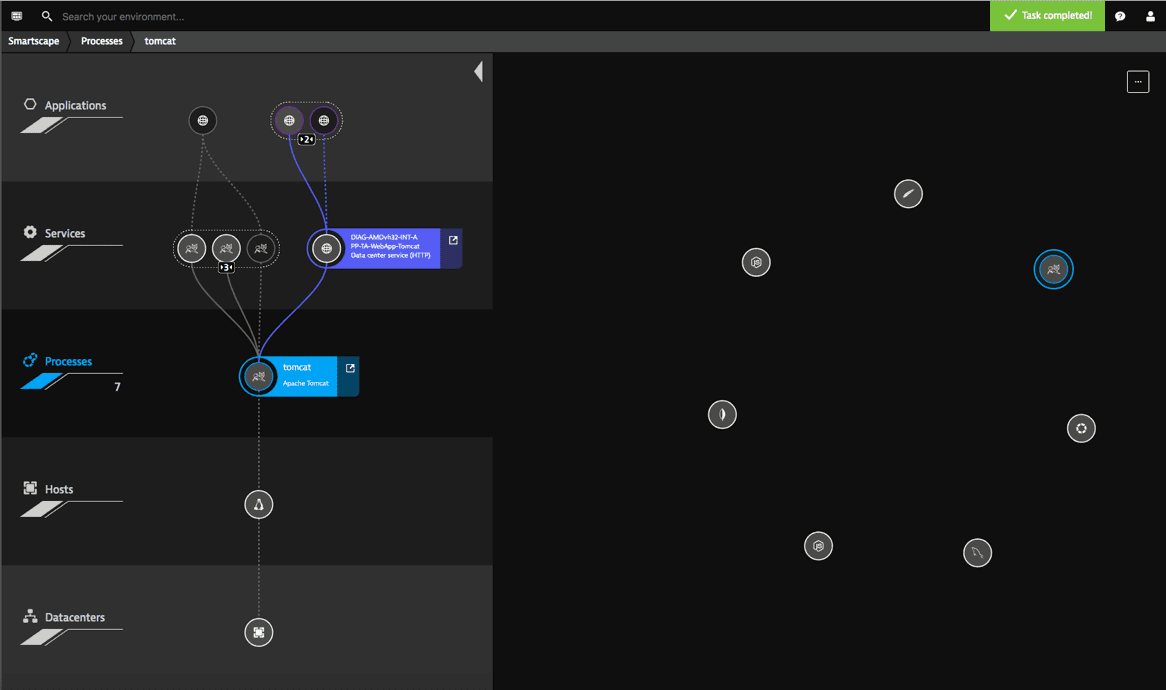 What do I need to start the unification?

How do I enable the unification?

The core configuration is straightforward. In short, first add the Dynatrace Managed cluster or SaaS tenant as a new device in NAM Console and then assign it as a data stream to NAM Server. After you save the configuration, the NAM Server starts sending the monitoring data to Dynatrace right away. 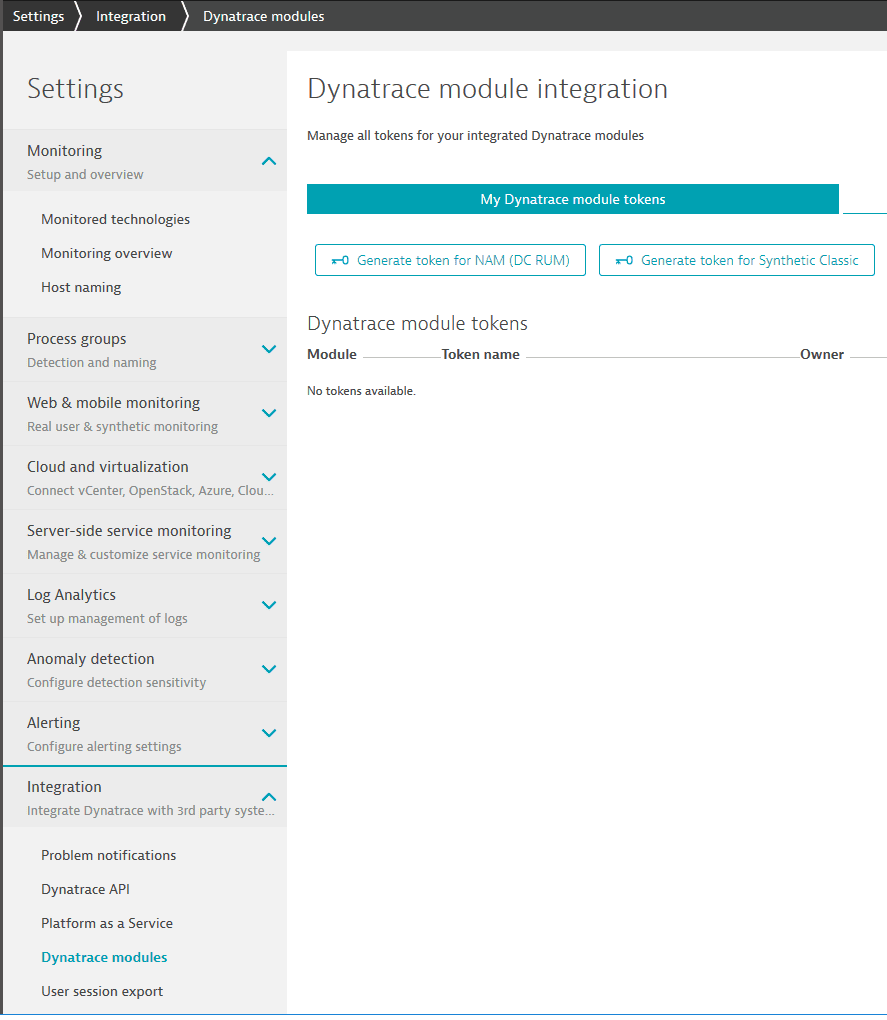 Here you can select the scope of the exported data. You can either export all data or limit the type of data that are exported by selecting one of three options:

NAM lets you further analyze your data center issues by providing context drilldown links to the NAM Server. By default, the link is built based on the NAM Server IP address or hostname used by NAM Console for the device management. If it's an internal address, accessible only from within your private network, you may want to replace it with a public NAM Server URL for the NAM users outside your network. Expand the Advanced configuration section of the screen and add the public NAM Server URL as the Drilldown URL. You can also add a URL pointing to your NAM Server failover server if you've set one up.

Where can I see the NAM data in Dynatrace?

If you're familiar with NAM, a good point to start is to follow the Further analyze on Dynatrace dashboard link from the Software Service column in the Operation explorer report. 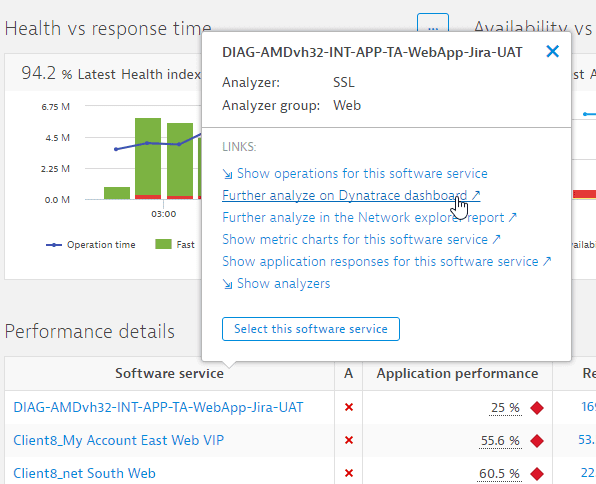 That lands you right on the data service screen. Note that the link is available only for the services that are exported to Dynatrace SaaS/Managed.

This is what happens with the NAM data once Dynatrace SaaS Managed processes it:

Edit <install_dir>\config\platform-export.yaml and paste one of the three options below. You don't need to restart the NAM server.

What NAM entities are forwarded to Dynatrace

We report on two flavors of SAP:

For each exported Citrix user-defined software service, we always report a corresponding data center service and an application/candidate.

You can find all the entities related to your monitored environment: services, applications, processes, and hosts on the Smartscape. Using it, you can analyze the relations between one another, discover hosts where you can deploy OneAgent, or identify applications and services you might have not been aware of. Browsing through the Smartscape, you can drill down to screens with the detailed reports on the performance of each entity. 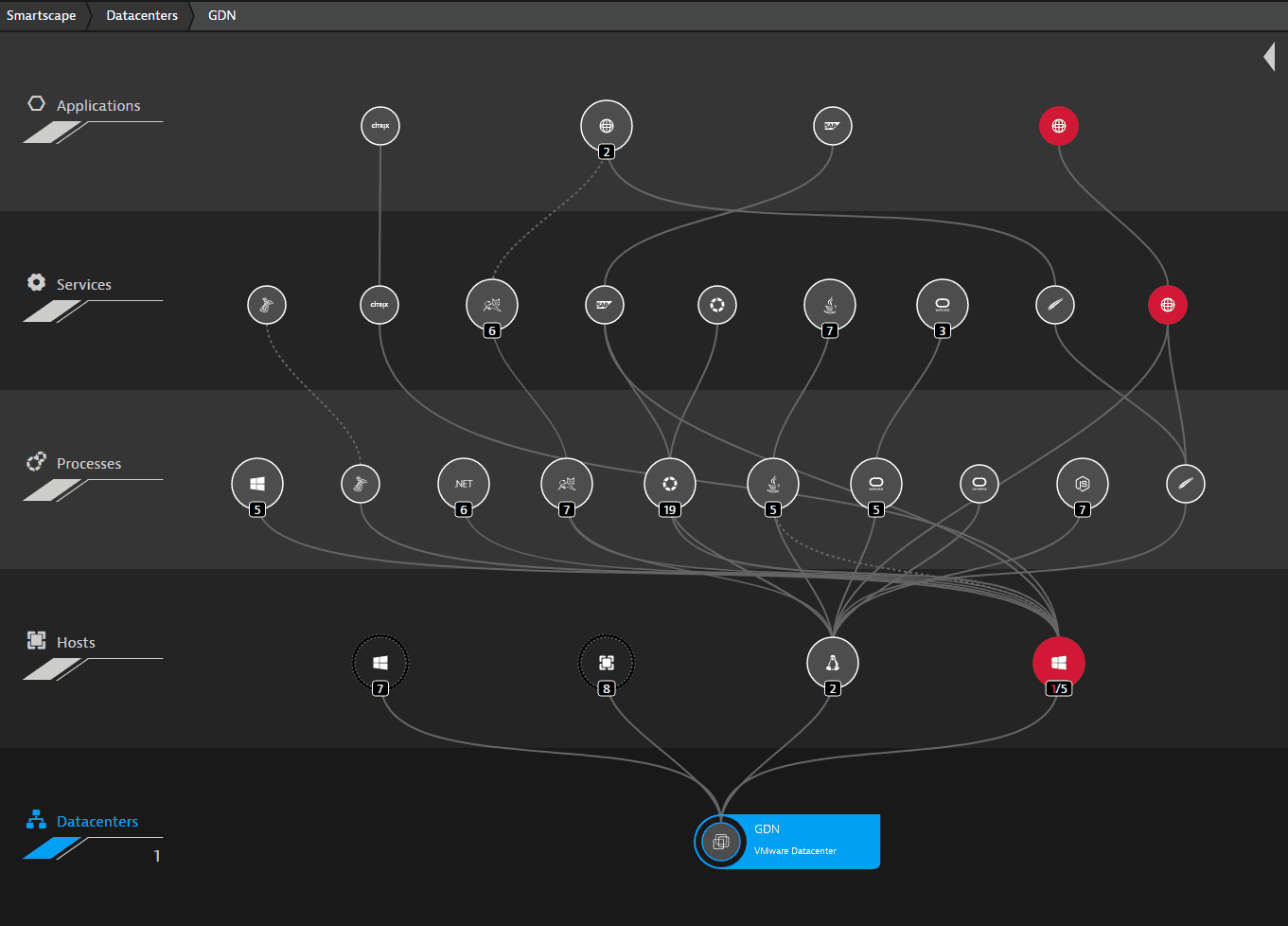 For Enterprise applications and data center services, you gain access to both NAM metrics and OneAgent collected events indicating the OS-related problems that may affect the performance of your application.

For automatically detected web sites, served by the web servers such as Tomcat or Apache, you gain access to Dynatrace application performance analysis.

For each host on which you deploy Dynatrace OneAgent, you gain insight into host performance measures with access to the log analytics.

Are there any known limitations of the unification?

This is a first stage in the development of the unification and there are some snags we would like to improve in future releases: