This section type displays a Twitter timeline in a section of your report.

This section type is deprecated starting with NAM 2019.

For an introduction, see Twitter configuration tab and Choosing a report section type.

The easiest way to see how you can use a Twitter timeline is to walk through an example.

Some Twitter timeline types require that you provide a Widget ID. This is easy to obtain, but you have to know how to get it.

Note: This procedure was correct at the time of writing, but it refers to a third-party website (twitter.com) whose content is not under our control. 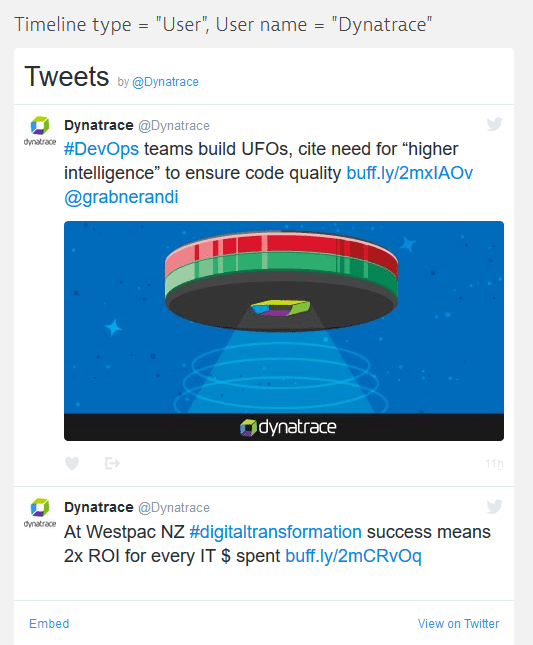 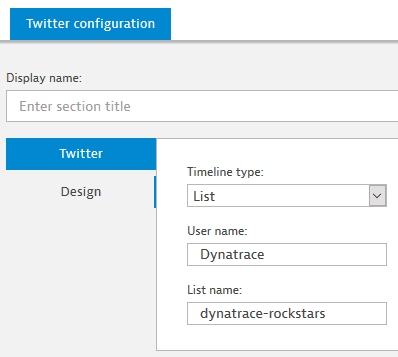 It generated the following output (at the time of screen capture): 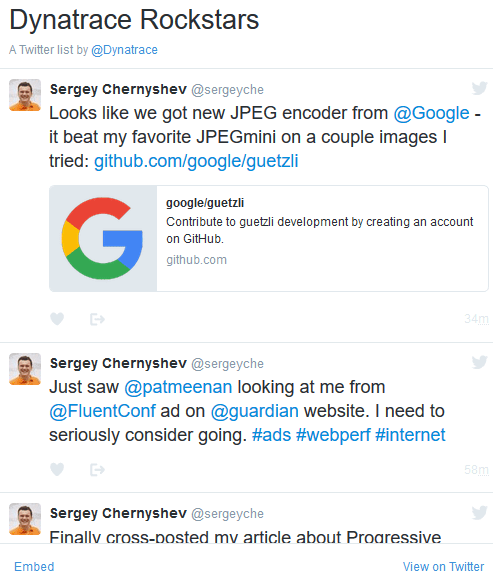 You could easily switch it to a dark background. 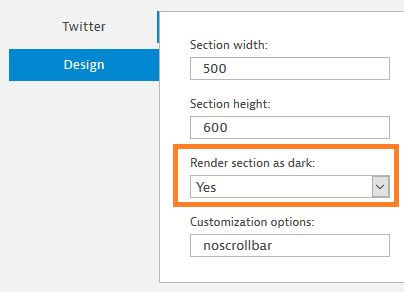 In which case, you would get the same content but formatted for night reading: 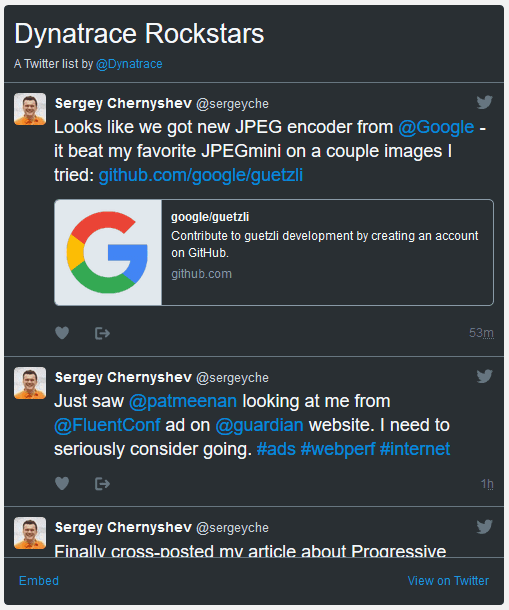 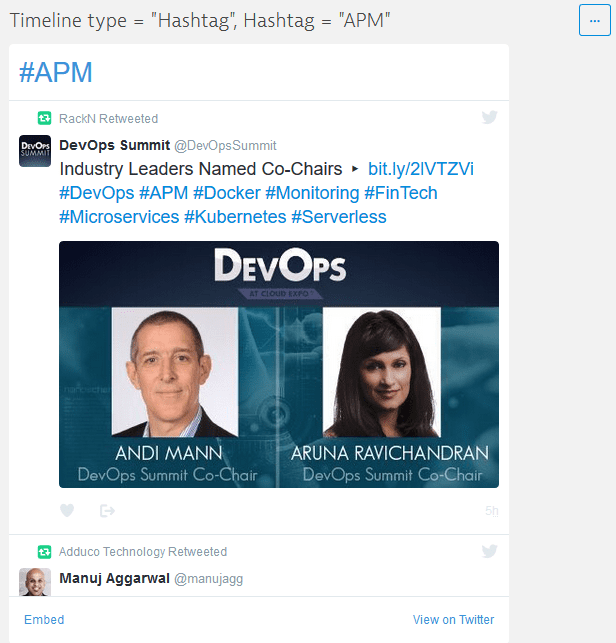