A front-end tier is the layer closest to the end user.

With the default configuration, soon after the NAM Server is deployed, tiers based on HTTP, HTTPS, Oracle Forms, SAP, and Exchange analyzers are always the front-end tiers for a given application. By default, the following tiers are categorized as front-end:

If you have any other tier in front of the Web servers, and it is not a presentation server, such as Citrix or Windows Terminal Services, mark that tier as a front-end.

Generally, mark a tier as a front-end which is the closest to the user or to a device that acts on behalf of the user. This is the first layer with which a user connects.

After the NAM Server is installed and deployed, there are several default tiers.

Default tiers have assigned rules and cannot be modified by the user. The rules are based on the type of monitored traffic (analyzer type). This is the most universal solution. The data is measured at various points, and is classified by type and presented as layers. With this automatic configuration, you can instantly monitor various points either within your network or at client locations. You can also create transactions and applications on the NAM Server and apply an additional, business perspective to the observed traffic.

Front-end tiers play an important role for your applications defined on the NAM Server. They are displayed on the Applications report; to see all tiers for a given application, navigate to the Tiers report for that application). This enables you to quickly review all the layers closest to your end users.

Example front-end tiers for an application: 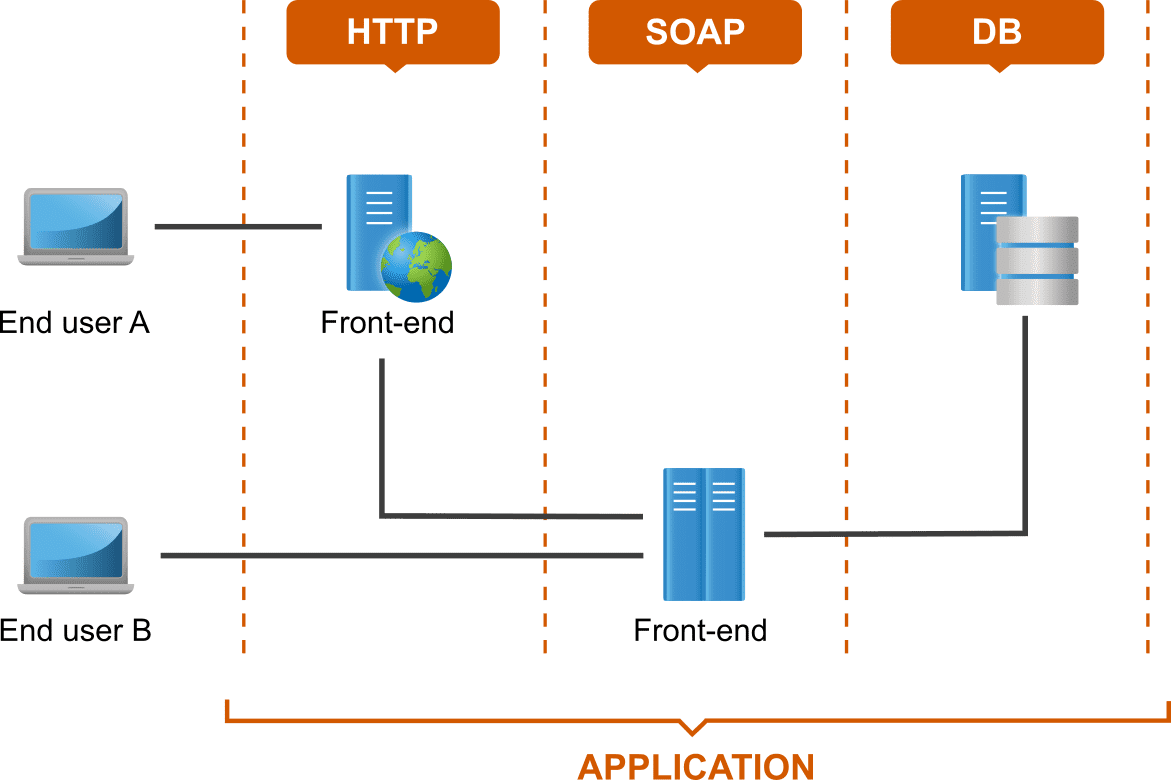 While configuring tiers, you can indicate which tiers will be regarded as front-end. This configuration is global for all applications.

If traffic is detected on both front-end tiers for your application in the last monitoring interval:

The default configuration is read during the first NAM Server startup. The default tier definitions are based on analyzer types, transactions, or sites.

The default configuration is immediately affected by the types of data collectors connected to the NAM Server and by the types of software services defined. This means that the Tiers report will display only those tiers that match the data detected in the monitored traffic.

If the default configuration does not fit your network architecture, you can change the definition of the Client network and Network tiers using Business units (on the NAM Server navigation menu, select APM model ► Business units).

Consider the following when configuring tiers: