Get the insight you need that much faster. All the data you need is available with a single click. This update allows every user to set any custom dashboard as the personal default login screen. In addition, all tiles that connect a dashboard to workflows, such as user analytics, or host and process lists, and much more, can now be used on custom web dashboards. 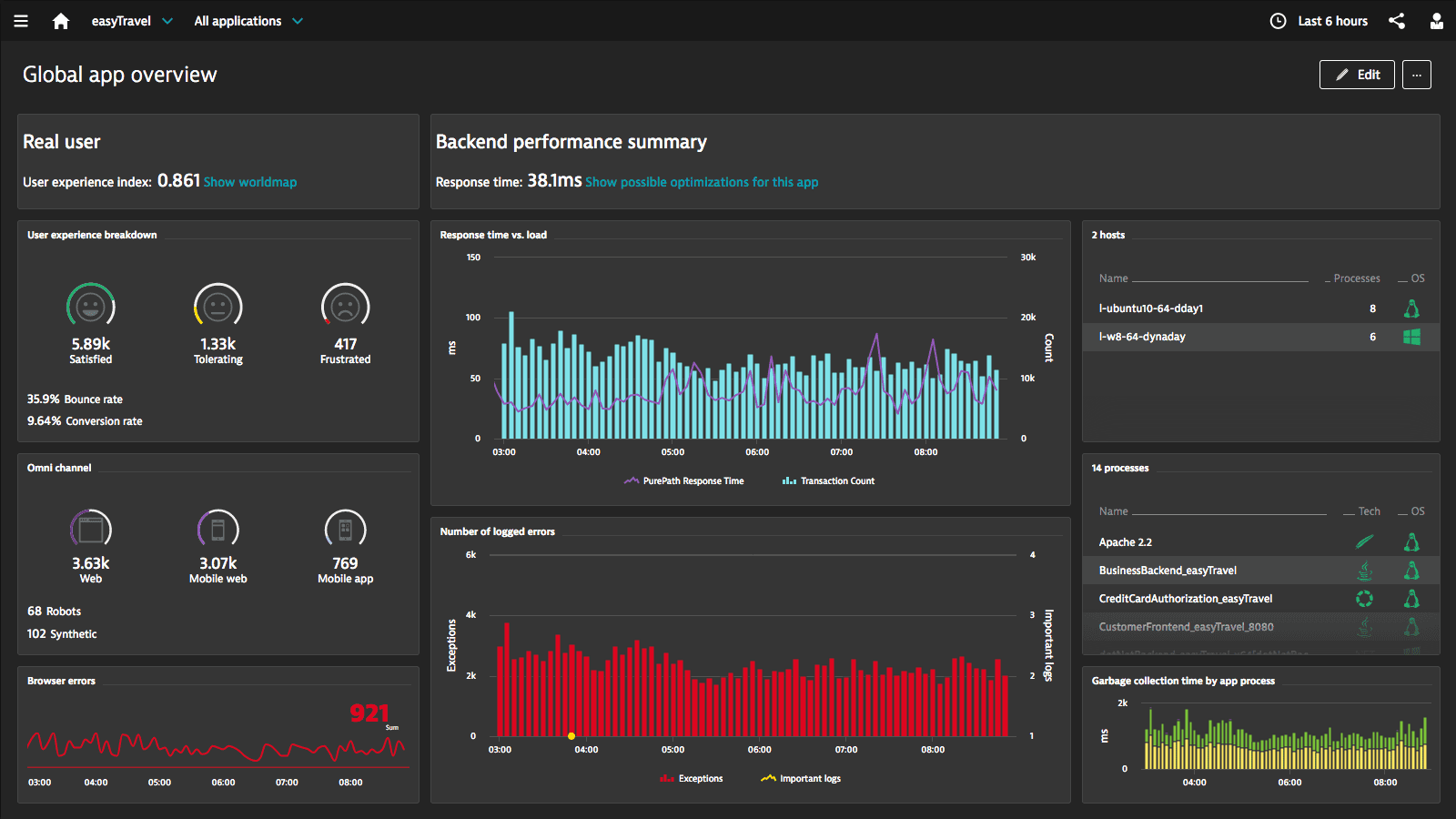 Watch all of your environments

Devops teams can now watch all environments, from dev, staging to prod on a single web dashboard. Any tile is now able to retrieve data for a specific System Profile. 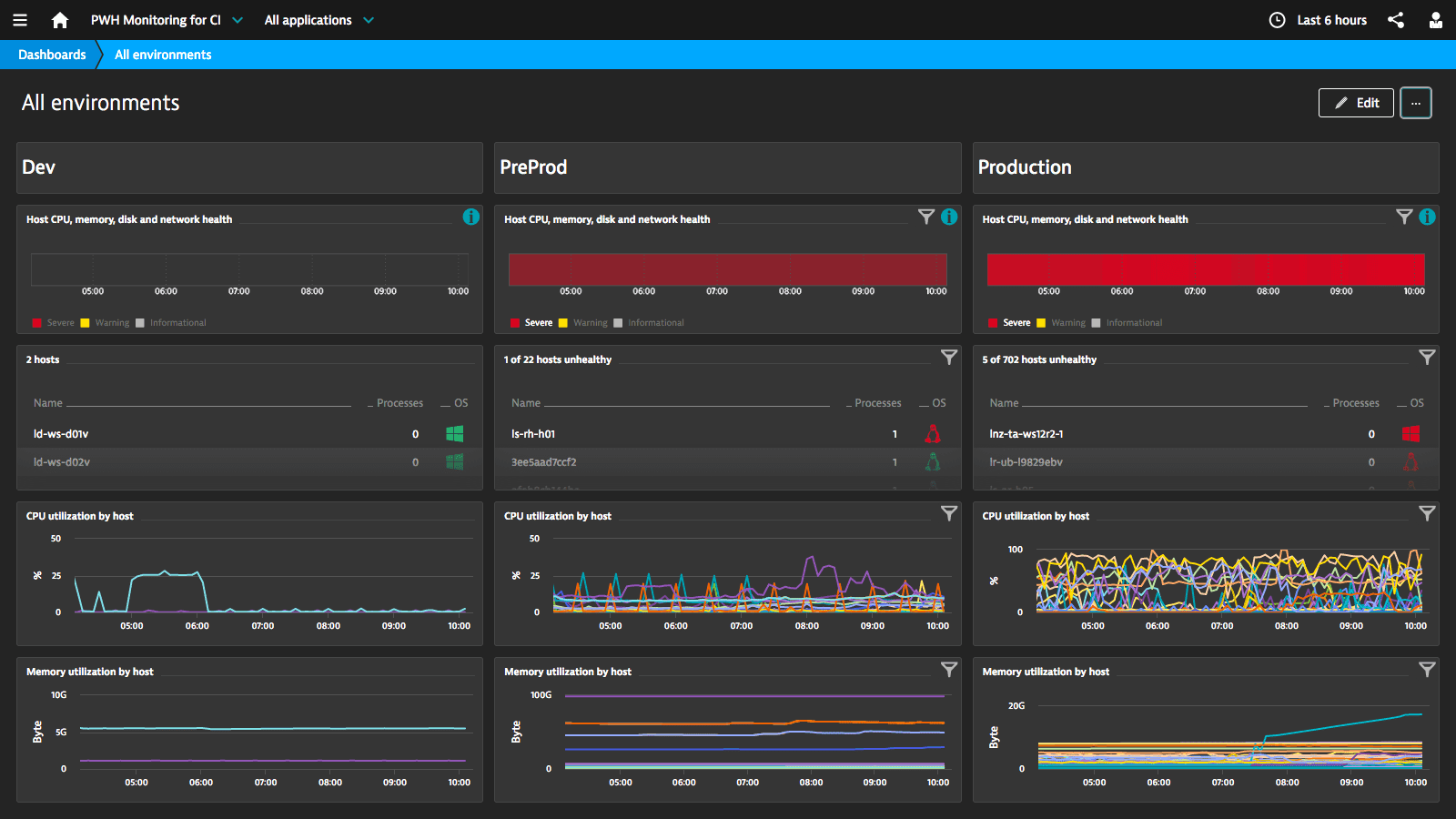 Put all the facts that matter to your business on a single web dashboard. The "Text and measures " tile for web dashboards now allows calculation with measure values. Further-on comparing business facts across multiple timeframes is now possible with comfortable comparison timeframes for web dashboard tiles. Learn more. 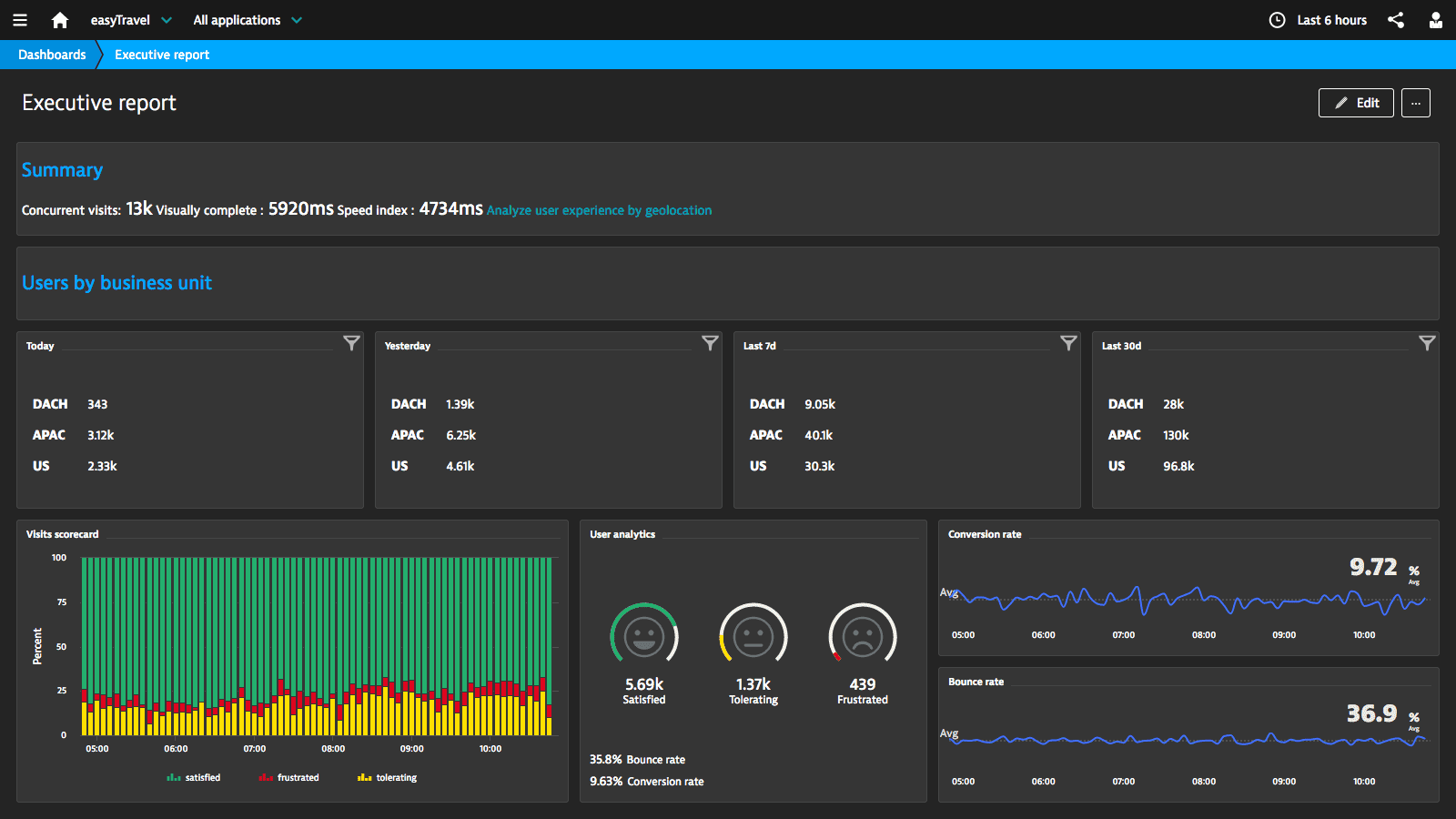 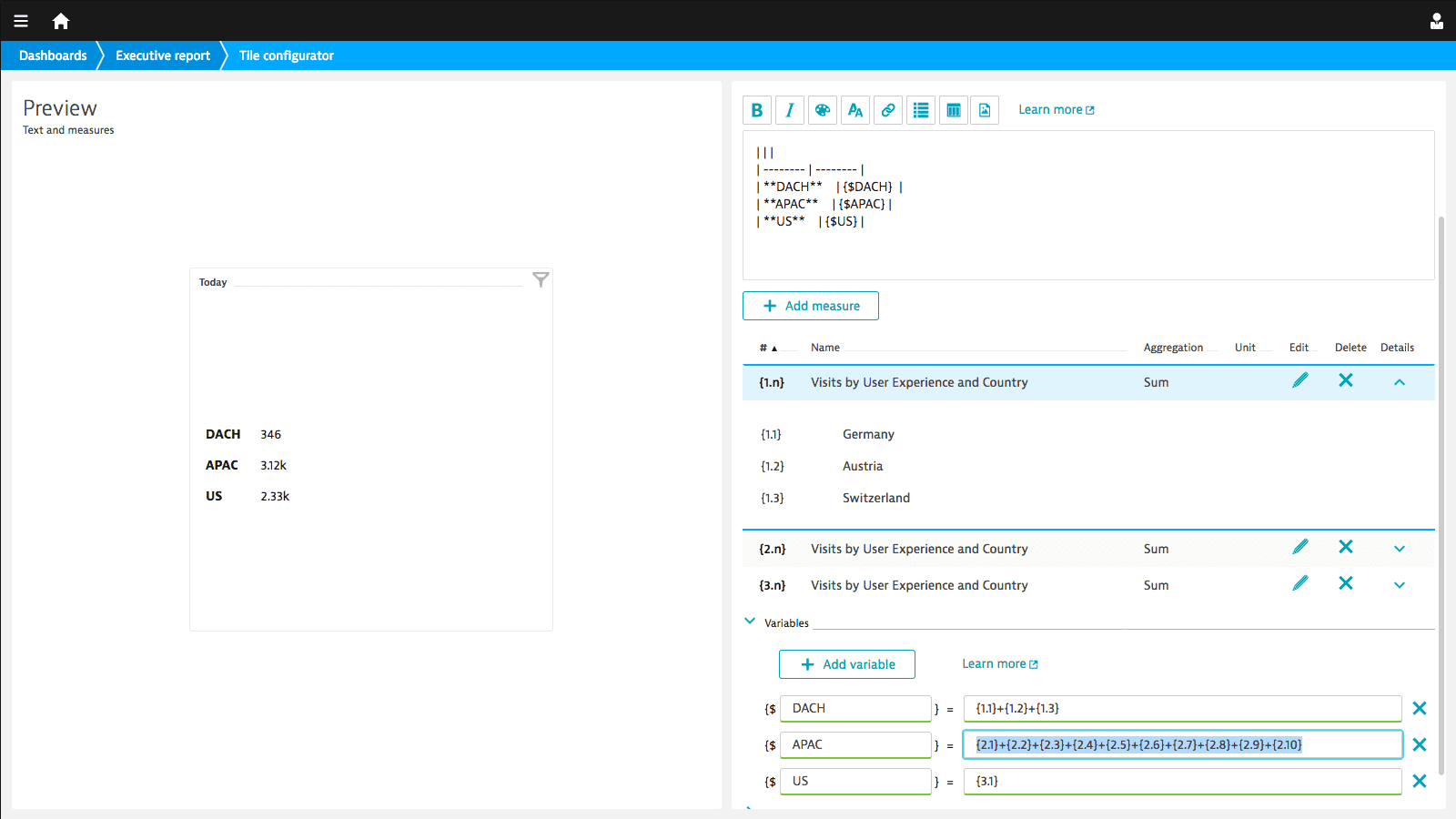 Support for Node.js 8.x and async/await

This release introduces support for Node.js 8.x, which will be the next LTS release of the platform.

After callbacks and promises, async/await is a new way to implement asynchronous calls in JavaScript. Dynatrace OneAgent supports this new language construct starting with Node.js version 8.

Most critical issues since the last public updates