Integrating AppMon in unit and integration tests to use the Test Automation features includes the following:

The full process looks as described in this diagram: 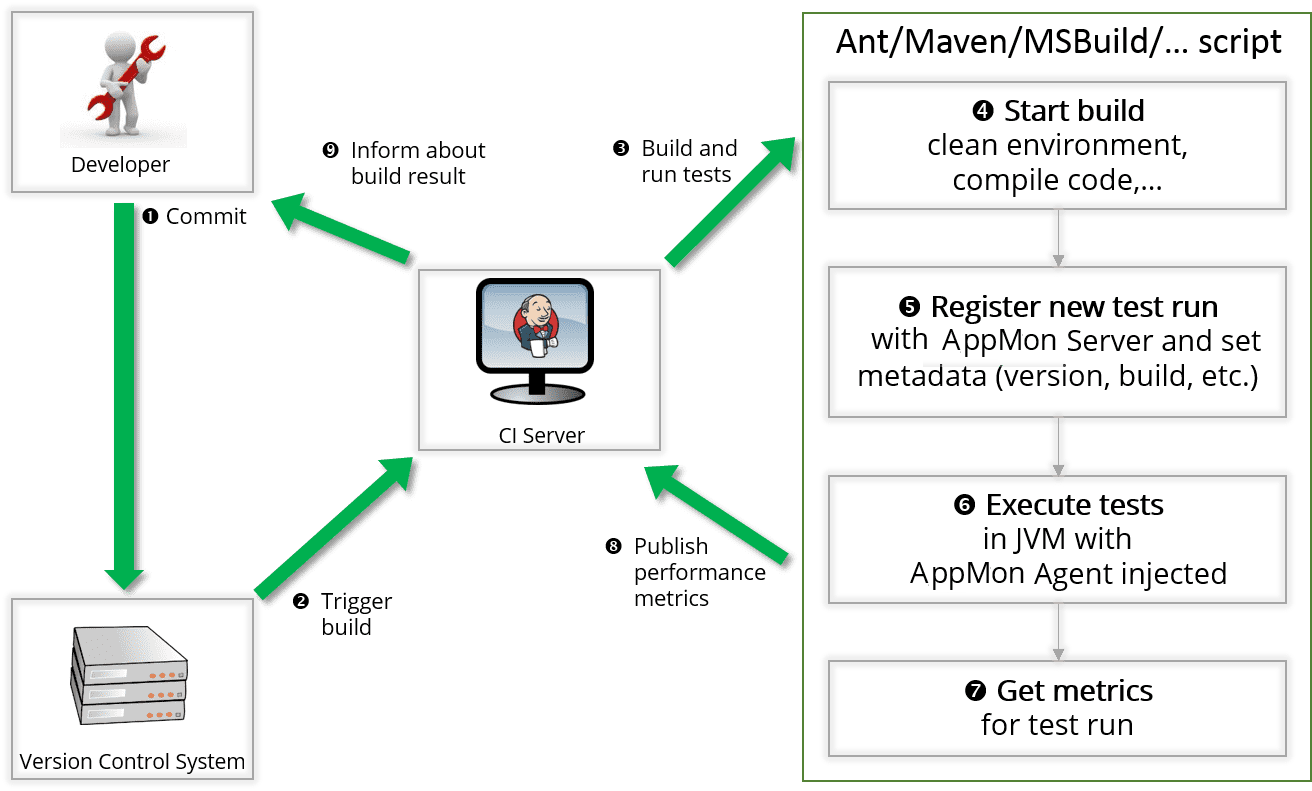 See the following pages for information on download, configuration and usage details for each supported build tool.

The automation plugins / libraries provide an easier way to use the relevant REST interfaces on the AppMon Server. It does not perform any injection of agents.